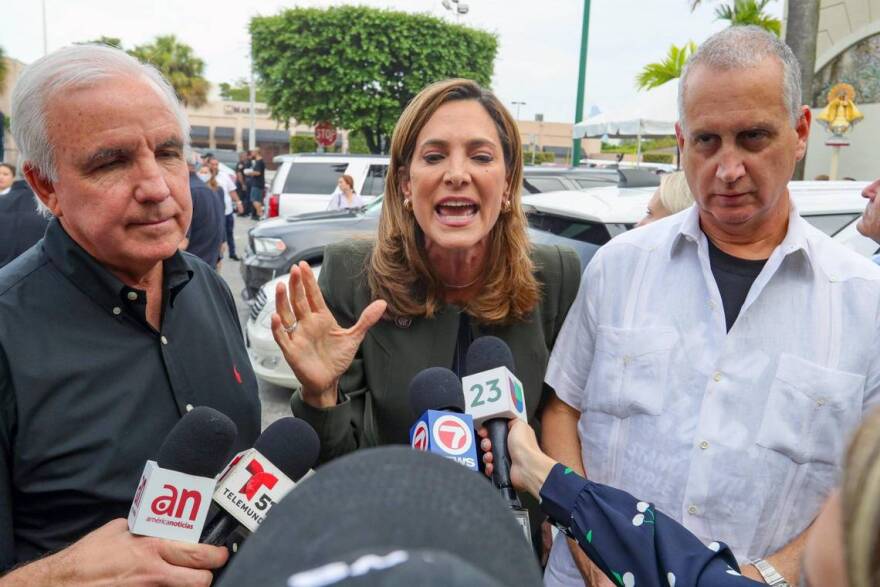 The rally is part of the GOP’s ‘Take Back Our Country Tour’ to energize conservative voters before Election Day.

The push comes with just weeks to go before the Midterm Election and days from the onset of early voting in Miami-Dade County.

The 2 p.m. event is scheduled to be held at 7379 NW 36th St., which a GOP press note says is the address of a Hispanic Community Center operated by the Republican National Committee.

The Republican Party claims to have held more than 5,000 separate events at 38 minority community centers in 19 states across America this election cycle. Through the events, the party says it has made 50 million voter contacts.

In states like Florida, where registered Republican voters now outnumber registered Democratic voters for the first time in modern history — and where a growing number of counties are flipping from blue to red — GOP-run minority outreach centers aim to further exploit years of weak Democratic outreach.

As of the most recent count available, there are nearly 270,000 more registered Republican voters in the Sunshine States than there are Democrats cleared to cast ballots next month. Year-over-year, there was a 109,567-voter uptick for the Republican Party. During the same period, Democrats lost 116,975 voters.

McDaniel told The Hill last month the purpose of events like the one on Tuesday is to forge “stronger relationships with minority communities” that, in turn, will lead to “a stronger Republican Party.”

“Unlike Democrats, Republicans do not take minority communities for granted, and we will continue to work to earn each vote ahead of November,” she said.

The event Tuesday is part of the RNC, NRSC and National Republican Congressional Committee’s “Take Back Our Country Tour,” which will run as a final voter turnout push in the leadup to Election Day on Nov. 8.

Early voting in Miami-Dade County runs from Oct. 24 through Nov. 6.