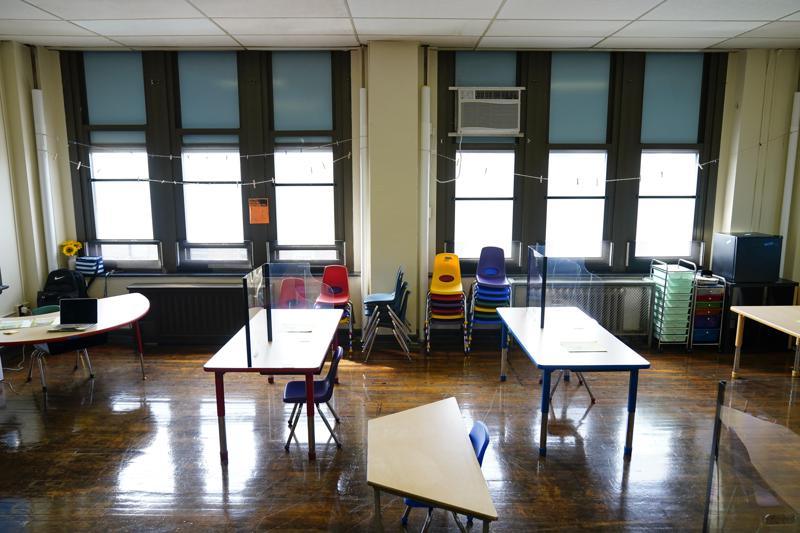 While the state's ranking as compared to other states improved, Florida's scores dipped in all but one measure.

But considering that Florida fourth- and eighth-grade students’ scores declined in three out of four achievement measures, that’s definitely grading on a lower curve. Not one state increased student scores coming out of the pandemic, and overall, the results showed the “largest ever” drop in national math scores, according to the National Assessment of Education Progress (NAEP).

Still, Florida officials saw the results as proof that the state’s decision to open a year before most other states, in August 2020, was the best choice.

“We knew there would be widespread harm to our students if students were locked out,” Gov. Ron DeSantis said, according to a release from the state Department of Education (DOE). “Today’s results once again prove that we made the right decision.”

Still, the results were not ideal. Even if the ranking among other states improved, Florida’s scores in math for fourth- and eighth-grade students dropped from 2019, as did eighth grade reading scores.

DeSantis, however, drew a contrast between Florida’s scores and those of so-called “lockdown states.”

“In Florida our fourth-grade students rank No. 3 in reading and No. 4 in math, achieving top four (ranking) in both English and math for the first time in state history, while lockdown California and New York aren’t even in the top 30,” his statement read.

Still, California is among the states where fourth- and eighth-grade students’ scores in reading in math showed no change post-pandemic. And New York’s eighth grade reading scores showed no change, according to the National Center for Educational Statistics (NCES).

The results also showed that the length of school closures didn’t necessarily translate into poor student scores on the 2021-22 NAEP. Massachusetts public schools, for example, were closed for a full year longer than Florida’s and students there outscored Florida students.

Still, Florida officials saw many reasons to take a victory lap Monday. The NAEP, given every two years, is the most consistent measure of student achievement and is considered the nation’s report card.

“If we are meant to measure our impact by how we elevate our young generation, especially those most at-risk, Florida is clearly the No. 1 state in the nation in elevating its young people,” said state Education Commissioner Manny Diaz Jr., according to a news release.

“Florida’s Hispanic and Black students, students with unique abilities, and students on free and reduced price lunch massively narrowed achievement gaps and proved the value of being in school in a classroom with their peers and learning in-person from Florida’s world-class teachers.”

The news release from the NCAES shows national officials agree with the state that brick-and-mortar schools are relevant, even if Zoom might bring school to home.

“The results show the profound toll on student learning during the pandemic, as the size and scope of the declines are the largest ever in mathematics,” said NCES Commissioner Peggy G. Carr. “The results also underscore the importance of instruction and the role of schools in both students’ academic growth and their overall wellbeing.”

The state DOE’s news release highlighted the particular progress made among particular subgroups of Florida students, including:

— Florida is in the Top 5 for average scale scores of Hispanic students.

— Florida is in the Top 5 for average scale scores of students with disabilities across all grades and subjects.

— Florida is in the Top 10 for average scale scores of Black students across all grades and subjects.