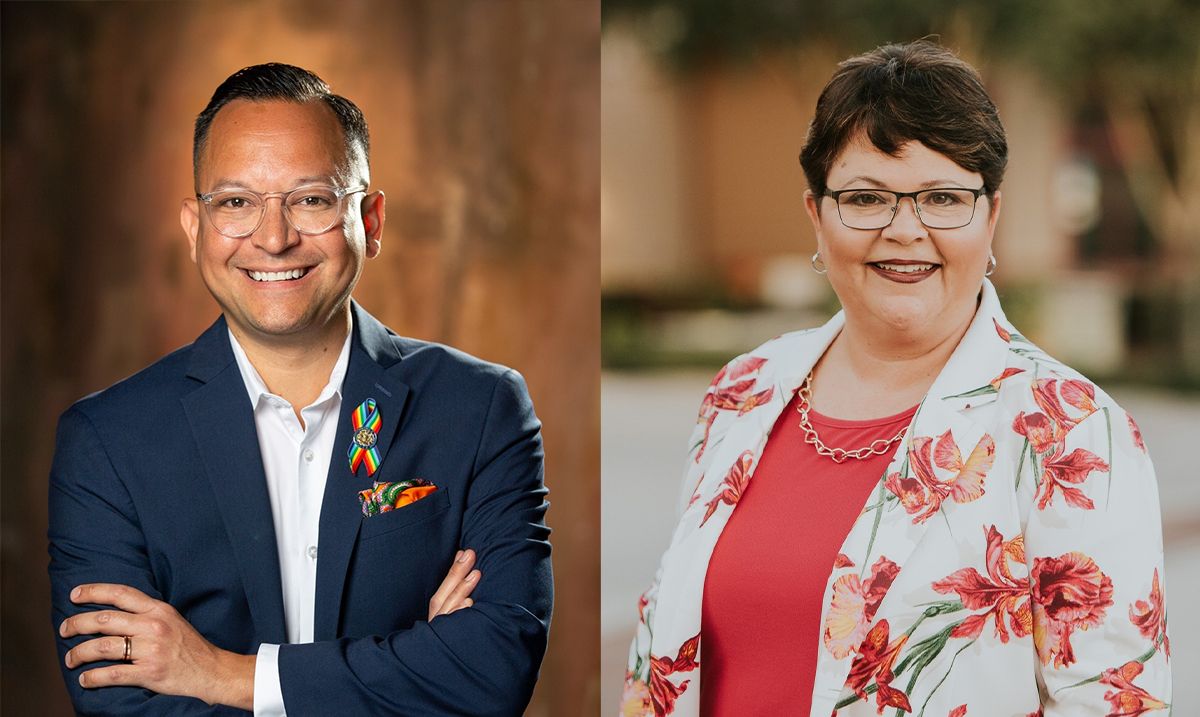 The race pit a progressive champion against a business leader with a prominent family.

It looks like there will be a Plasencia in the House once more. Republican Susan Plasencia denied Democratic Rep. Carlos Guillermo Smith a fourth House term, defeating him in House District 37.

The upset, fueled by a national red wave and funding from the Republican Party of Florida, demonstrates a massive shift in sentiment against Democrats. The national mood, and a little help from a new legislative map, means one of the Legislature’s most vocal progressives will not return.

“I’m honored to be elected as State Rep for Florida’s 37th District,” Plasencia posted on Facebook. “We are all Americans, we are all Floridans. Now we begin the process of working together as we move Florida forward!”

Bad news for Smith came into focus as registered Republicans overtook Democrats in purple Seminole County mid-day. Orange County, the half where Smith has represented the last three years and a Democratic bastion, looked better for the Democrat but GOP over-performance even in the Democratic bastion proved overwhelming.

Smith led in Orange County by more than 2,471 votes, according to unofficial final results. But he lost in Seminole by 4,550. Overall, Plasencia led district-wide with 52% of the vote to Smith’s 48%.

Shortly after polls closed, Smith thanked campaign volunteers in a Twitter post and made clear he felt proud of how the race was run regardless of outcomes.

On Wednesday, he addressed the loss.

“Unfortunately, we didn’t win re-election after a tough race in a brutal political environment, where the DeSantis machine spent nearly $1.5 MILLION to buy this seat and tighten their grip on Tallahassee,” Smith tweeted. “I know you are disappointed, but make no mistake— I am not going anywhere. Republicans statewide cooed at the win in a district Democrats felt confident they could hold.”

“Tonight, was a resounding affirmation of conservative leadership. Florida House Republicans, under the stewardship of Speaker-designate (Paul) Renner, now has 85 Republicans, giving House Republicans a significant majority,” said Rep. Daniel Perez, who is in line to be House Speaker during the 2024-26 term.

Smith publicly expressed confidence heading toward Election Day. One of three openly LGBTQ members of the Legislature and the state’s first gay Latino lawmaker, Smith maintained a fundraising edge throughout the election cycle despite support received by his opponent.

Smith had to contend with major resources at the state level helping Plasencia, often directing cold, hard cash to the Republican challenger.

“The Florida GOP donated $50,000 cash to my opponent to make up for her lack of community support or interest in her candidacy,” he argued defiantly. “They cannot buy this battleground seat nor the energy and enthusiasm behind our campaign which earned 1,600-plus donations from real people.”

But Smith also regularly tweeted the seat was among the most competitive in the state, and past voter performance suggested he was in better shape than many Democratic candidates. About 54.84% of voters in the newly drawn HD 37 voted for Democrat Joe Biden in the 2020 Presidential Election, while just 43.44% backing Republican Donald Trump. Book closing numbers for the Nov. 8 General Election show registered Democrats outnumber Republicans in the district 37,034 to 32,720.

The sentiment the race would end up competitive proved correct. The race was spotlighted by many Republicans around the state as one of the biggest upsets on a Democrat even on a night with a lot of big Republican wins.

During his first six years in the Legislature, Smith developed a reputation as one of the most outspoken Democrats in the Legislature, frequently waging arguments on the House floor on “culture war” issues he believes are dividing Floridians. That includes speaking out against a ban on transgender girls in scholastic girls’ sports, and against a “parental rights” measure he has dubbed the “don’t say gay or trans” law that forbids teachers in lower grade school levels from teaching about gender identity or sexual orientation.

But under a new House map, the University of Central Florida-centered district also picked up a lot of ground, particularly in Seminole County, where Smith has never run before.

Meanwhile, Plasencia brought her own base. She is a small business owner, president of the family business that puts on the Calle Orange festival in downtown Orlando, and boasts ties to the local Cuban and Puerto Rican communities (the latter includes Smith as well).

She’s also championed school choice, with her own children having taken advantage of opportunity scholarships provided through the state.

“Had it not been for school choice vouchers, my children would have been locked in a school that was failing them in many ways,” she writes in a message on her website.

In the final days of her campaign, pictures taken by a private investigator raised questions whether Plasencia moved her voter registration to a home where she is not living in order to run and vote in HD 37. She cast a ballot while registered at the new address.

Plasencia said the only things the photos show is that she is spending a lot of time caring for her sick mother in a home they used to share, and she is indeed living in a three-bedroom home with four other adults and with a little over 1,000 square feet of livable space.

But she has repeatedly expressed that Smith’s “woke” politics don’t represent the community’s values, giving Republicans confidence they can win the seat.