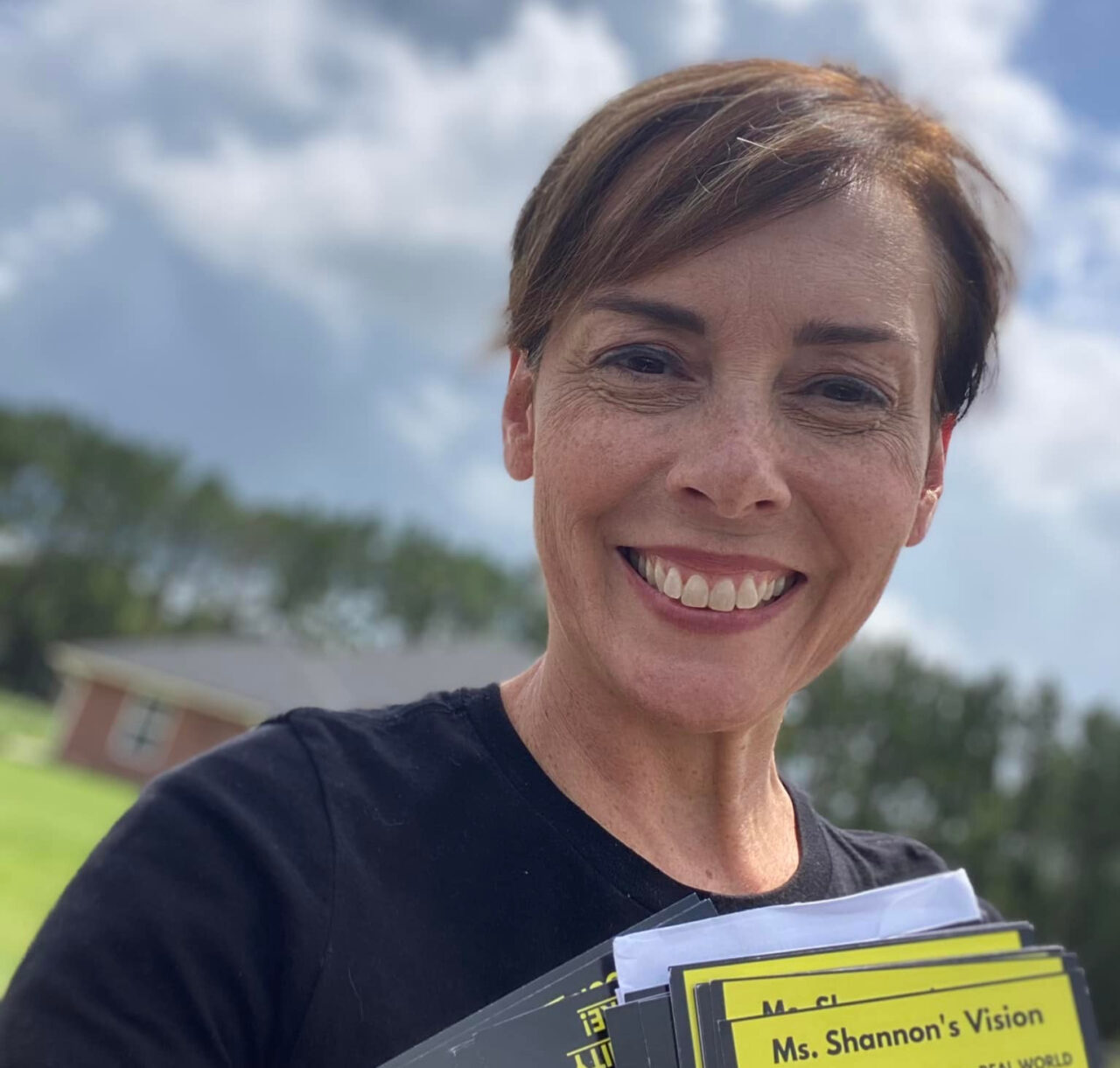 The campaign started with six candidates for two Nassau County School Board and now, after two rounds of voting, Shannon Hogue and Curtis Gaus will take their seats for the upcoming School Board term, having bested Jamie Deonas and Albert Wagner.

Deonas, the District 3 member before running in District 1, was one of the more vocal members of the Board regarding the need for a 1 mill property tax increase to help deal with the pressure put on the school district and its staff by the county’s extraordinary growth and high standard of living.

An educator for more than 20 years, Hogue is the reading coach at Emma Love Hardee Elementary. Following her win, she thanked all the people who assisted with her effort.

“Special thank you to my family. Sacrifices were made. Most conversations consisted of the election,” Hogue said. “However, you stayed by my side. You encouraged me, prayed with me, told everyone to vote for me and it all paid off tonight. I love each of you. I am looking forward to being the best School Board member I can be!

“Please join me in prayer: God will go before me and give me the wisdom of Solomon.”

In the first round of voting, Hogue topped the field with 46.6% of the vote. But in nonpartisan races, the top vote-getter needed to receive 50% of the votes, plus one, to avoid a November runoff.

Hogue won most precincts, but Deonas squeaked out a plurality at the River Road Baptist Church location. Rick Pavelock, the third candidate in the race, was eliminated. He received 19.6% of the votes cast.

Deonas, who provided his campaign with $15,000 to start the year, never really dipped into that stash and was in fact outspent by not only Hogue, but Pavelock as well.

Gaus and Wagner eliminated David Dew in the Primary. Gaus claimed 37.6% of the vote, followed by Wagner’s 35.1% and Dew’s 27.2%. In terms of raw votes, Gaus had around a 500-vote margin on Wagner in the first round of voting.

Wagner, a former teacher at Yulee Elementary School, is the assistant principal at Windy Hill Elementary in Duval County. He came in third in a three-way race for Nassau County School Superintendent in 2020, drawing 10.2% of the vote.

Gaus, who left West Nassau in 2020, is the principal at Bronson Middle-High School in Levy County.