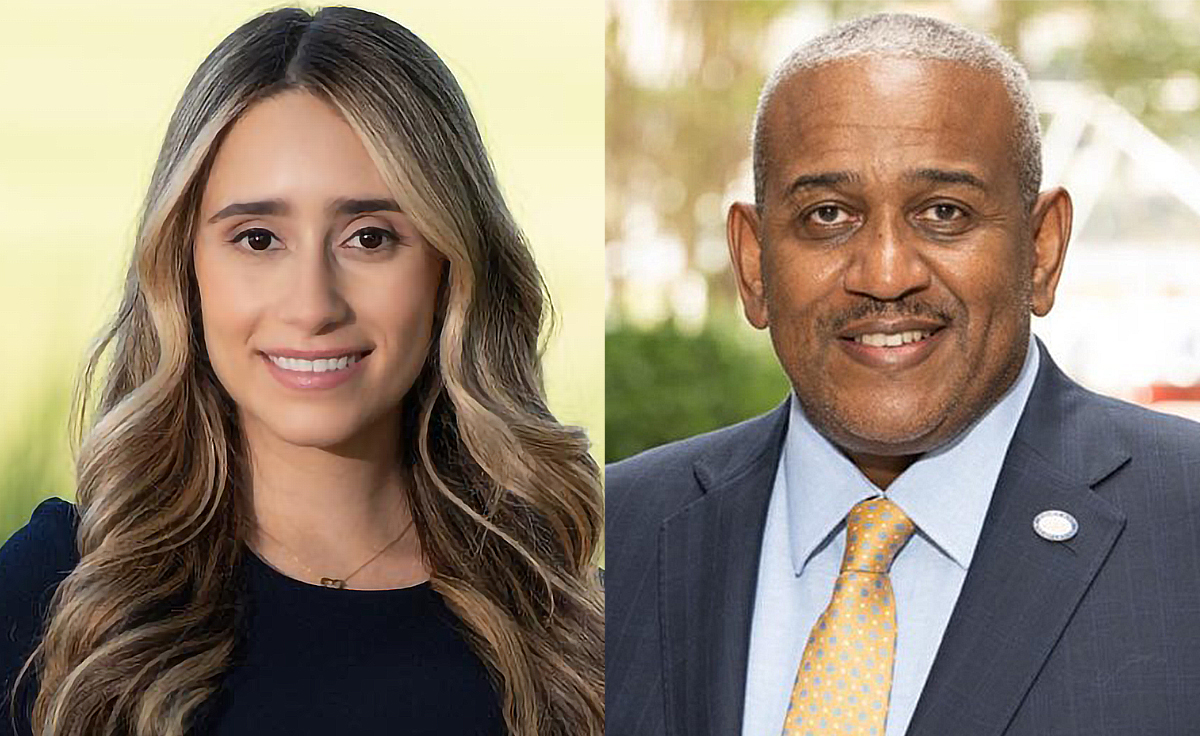 The contest determined who will represent the Magic Kingdom-centered district for the next two years.

Republican Carolina Amesty came out on top after an often caustic race against Democrat Allie Braswell. The contest often made the Walt Disney World-centered House District 45 feel like the nastiest race on earth.

With all precincts in, Amesty led with more than 53% of the vote to Braswell’s 47%.

“We crossed the finish line in winning form!” Amesty posted on Facebook. “Thank you to all my supporters and the great people of District 45 for placing your trust in me. I look forward to getting to work in Tallahassee and promoting the issues that matter!”

The race to represent the purple Magic Kingdom district saw allegations fly about business history, unpopular political opinions and other less-than-happy thoughts. Redistricting so shook up districts in Central Florida that it’s hard to compare this closely divided seat to any in place for the last decade. But it contains substantial parts of a jurisdiction represented by Democratic Rep. Geraldine Thompson, now a Senator-elect for Senate District 15.

Vehicles wrapped with political signage promoting Amesty line the roadsides throughout the district, which covers portions of Orange and Osceola counties. The executive vice president of Central Christian University, Amesty emerged from a fierce GOP Primary in August. She took 45% of the vote in a five-candidate field, with lawyer Bruno Portigliatti her closest competition, earning 22% of the vote.

Braswell, meanwhile, went uncontested on the Democratic side. A former president of the Central Florida Urban League, the ex-Marine has campaigned alongside civil rights advocates in the region and just last week picked up the endorsement of James Clyburn, a South Carolina Congressman and the No. 3 Democrat in the U.S. House.

But while both have résumés to prove their bona fides within their respective parties, the district is one of the most closely divided battlegrounds in the state. When voter rolls closed for the Nov. 8 election, the district served as home to 40,802 Republicans, 38,815 no-party voters and 38,260 Democrats.

Yet the majority of voters under the new lines voted for Joe Biden in the 2020 Presidential Election, with the Democrat taking 52.13% of the vote to Republican Donald Trump’s 46.62%.

House Republicans saw the race as a prime pickup opportunity in a red year, where the caucus hoped to reach supermajority status following the Midterms. The Republican Party of Florida gave $49,000 to Amesty’s campaign in hard cash, and provided tens of thousands in additional in-kind support. By comparison, the Florida Democratic Party only provided some $3,250 in free research services to Braswell.

“Tonight, was a resounding affirmation of conservative leadership. Florida House Republicans, under the stewardship of Speaker-designate (Paul) Renner, now has 85 Republicans, giving House Republicans a significant majority,” said Rep. Daniel Perez, who is in line to be House Speaker during the 2024-26 term.

Meanwhile, the campaigns punched at one another’s business résumés. Amesty hammered Braswell for a series of bankruptcies that drove him out of a Chief Financial Officer race in 2014. He filed for four bankruptcies between 2008 and 2015, and also filed for divorce three times.

Braswell dismissed criticism, saying simply he feels fortunate to live in a country where recourse exists in the courts to provide entrepreneurs with second chances, but Amesty’s campaign argued that third and fourth chances deserve added scrutiny.

“Voters care that I have been transparent,” countered Braswell. “They are forgiving and not that judgmental.”

Meanwhile, Democrats also criticized Amesty’s business holdings. Recent TikTok postings compared her to drug kingpins in the TV series Breaking Bad. She’s the owner of the Pollo Juan Restaurant, a small fast food restaurant she values at $3 million in her disclosures, but which also shares a home address with Dinocar Auto Sales, the business she owns that has donated the fleet of vehicles now adorning roadsides.

Notably, her university job is at a school her father, Juan Amesty, founded and still leads. Many of the businesses where she lists an ownership stake are tied to the school.

But Amesty touted her own business background over the course of the race. “I love my community. I understand the difficulties that our community is facing right now,” she said. She said lawmakers should be “ensuring that we support our small business owner, fighting for the middle class.”

On the issues, Braswell seized on a matter of local concern, the fact that the Legislature and Gov. DeSantis approved a plan to end Disney’s self-governing ability by dissolving the Reedy Creek Improvement District. That came after Disney officials promised to challenge a controversial measure dubbed the “Don’t Say Gay” law by critics. Braswell called that a “political move after Disney stood up for the people.”

Amesty has argued the plan to change governance won’t change anything for taxpayers in the area, but that she does not support the dissolution of the improvement district.

“I think the importance of Disney in our district is vital. It creates job growth,” she said. “And of course, I do support parental rights and education. We need to separate both issues.”

Democrats also painted Amesty as extreme on the issue of abortion. She supports a new 15-week abortion ban signed by the Governor.

But Braswell and other critics point at more extreme statements, most notably a tweet she directed at pro-choice Rep. Anna Eskamani. Amesty said that if Democrat and allies “had their way, we’d have an Abortion Land at the Magic Kingdom and throw unwanted babies off the top of Cinderella’s Castle. The radical left favors NO restrictions on abortion.”