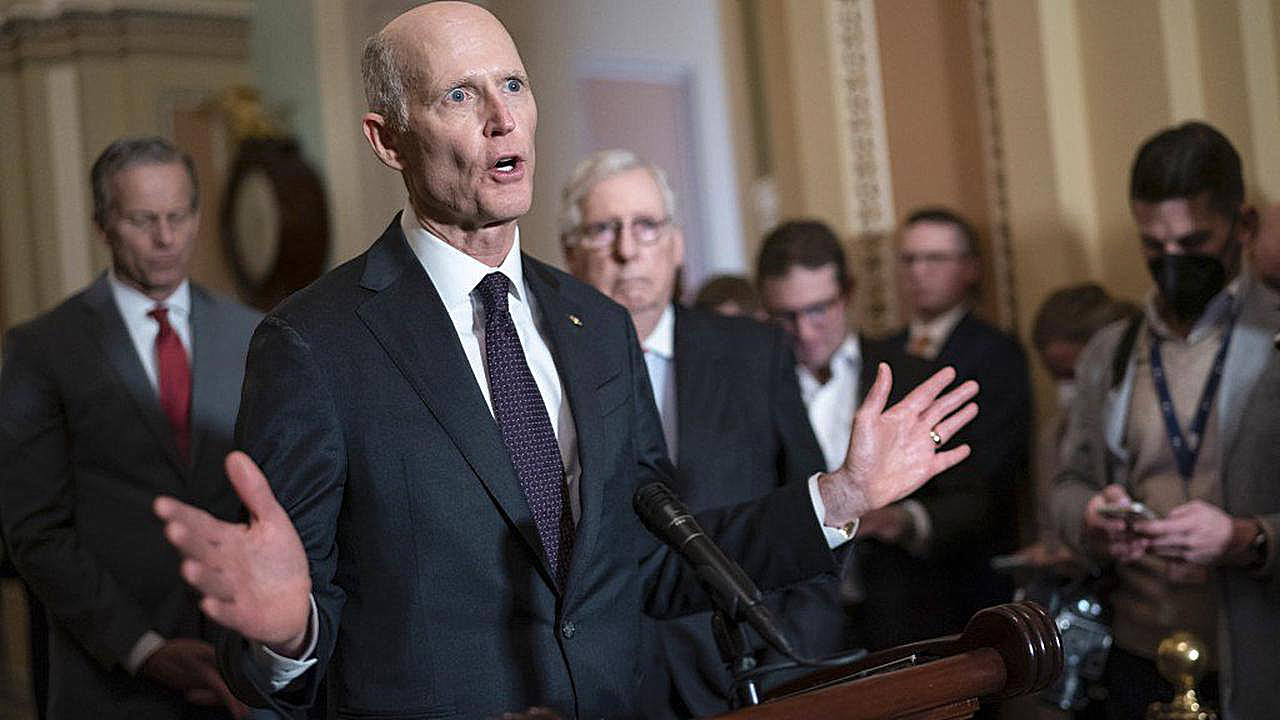 'If you simply want to stick with the status quo, don’t vote for me.'

After a disappointing 2022 election cycle when he failed to flip the Senate Republican, U.S. Sen. Rick Scott is looking to take the top job in the caucus.

“The status quo is broken and big change is needed. It’s time for new leadership in the Senate that unites Republicans to advance a bold conservative agenda. That’s why I’m running to be the Senate Republican Leader,” Scott tweeted.

Scott’s note to colleagues, first reported by Fox News, struck a similar tone of defiance: “I understand that I won’t gain the support of every member of our Conference, but we all have a clear choice to make. If you simply want to stick with the status quo, don’t vote for me.”

Scott had teased his interest in running for the job in recent weeks with a series of willfully cryptic quotes.

“A lot of people have called me to see if I would run,” Scott said on the Fox News Channel’s Sunday Morning Futures.

He noted while his “focus” is the runoff election in Georgia, he’s open to taking McConnell’s job if it comes down to it. “I’m not going to take anything off the table,” Scott told host Maria Bartiromo.

Scott’s letter to colleagues refused to assign blame for Senate Republicans not picking up seats in the Senate this cycle, including to his own performance as NRSC Chair.

“Despite what the armchair quarterbacks on TV will tell you, there is no one person responsible for our party’s performance across the country,” Scott wrote Tuesday.

These comments align with what he said on Friday to Fox News’ Sean Hannity.

“Here’s what happened to us. Election Day, our voters didn’t show up. We didn’t get enough voters. It was a complete disappointment.”

The schism between Scott and McConnell was illustrated by their public split over Scott’s “12-point plan to rescue America.” McConnell slammed the plan’s suggestion of review of federal entitlement programs as a non-starter if he led Senate Republicans next year.

The divide deepened as the campaign season progressed. McConnell raised doubts Republicans had more than a 50/50 shot at taking back the Senate due to questionable candidates in certain races.

Scott said Republicans could win up to 54 seats this November, but clearly that didn’t come to pass. The Senator will, in this leadership challenge, be compelled to make the case that failure to execute isn’t his fault.

previousKevin McCarthy wins nomination for House Speaker, but grind ahead