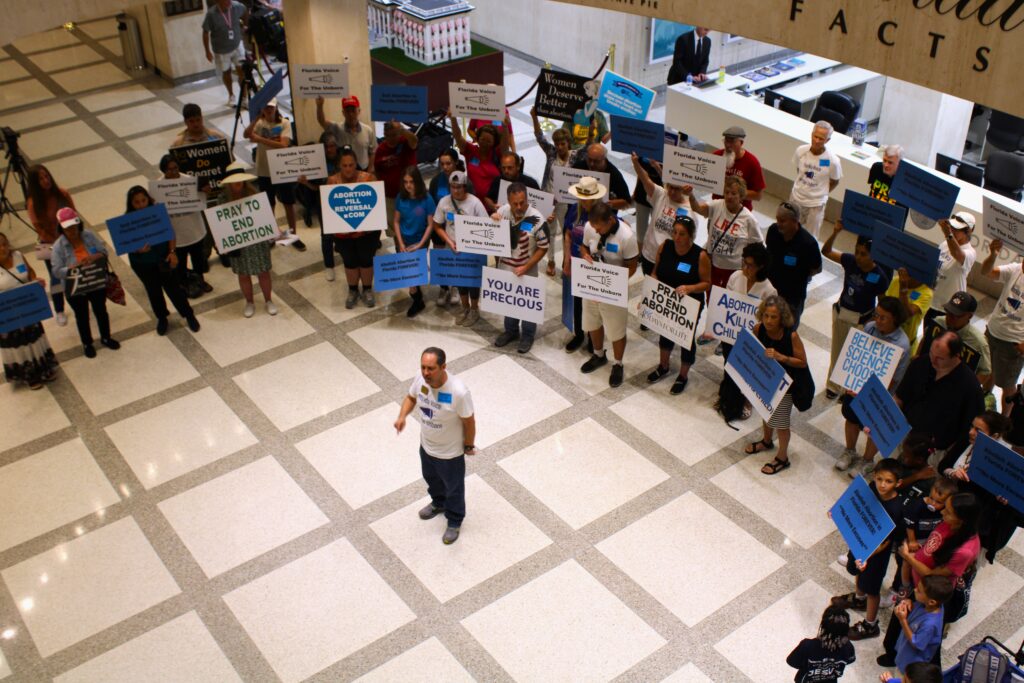 'We’re more likely to hold an event at the state Capitol around a committee meeting or floor vote on a bill we’re concerned about ...'

While anti-abortion activists plan to rally on the Florida Capitol grounds and inside the building Tuesday, abortion rights groups may not be around to counter their messaging.

That’s because Planned Parenthood advocates for abortion access told the Florida Phoenix that they don’t have current plans to organize a protest or rally that day, when the Legislature convenes following the Nov. 8 election.

Laura Goodhue, executive director of the Florida Alliance of Planned Parenthood Affiliates, explained in an email to the Phoenix:

“Throughout the year and across the state, Florida’s Planned Parenthood affiliates, along with our supporters and allies, hold rallies, marches, protests and other kinds of community events, usually around specific issues.

“So, for example, we’re more likely to hold an event at the state Capitol around a committee meeting or floor vote on a bill we’re concerned about than during the largely administrative organizational Session.”

For example, in May, the Florida affiliates of Planned Parenthood organized a protest at the Florida Supreme Court building following the leak of the U.S. Supreme Court draft Roe v. Wade opinion that would ultimately overturn federal abortion protections.

Currently, Florida has a 15-week abortion ban, though lawmakers may be considering more abortion restrictions. And following the Nov. 8 election, both the House and Senate will have supermajorities in their chambers, which can make legislation easier to pass.

Meanwhile, an anti-abortion group called Florida’s Voice for the Unborn plans to bus abortion opponents up to the Capitol building and rally during the organizational session to push their message “Make Florida Totally Abortion Free.”

Florida Voices for the Unborn has a full itinerary of advocating for further abortion bans in Florida on Tuesday, which includes “peacefully” protesting inside the rotunda of the Capitol building, attempting to speak with lawmakers about their anti-abortion stances, and delivering postcards to lawmakers and encourage them to approve a total ban on abortion, according to a Friday press release.

previousLast Call for 11.21.22 — A prime-time read of what’s going down in Florida politics