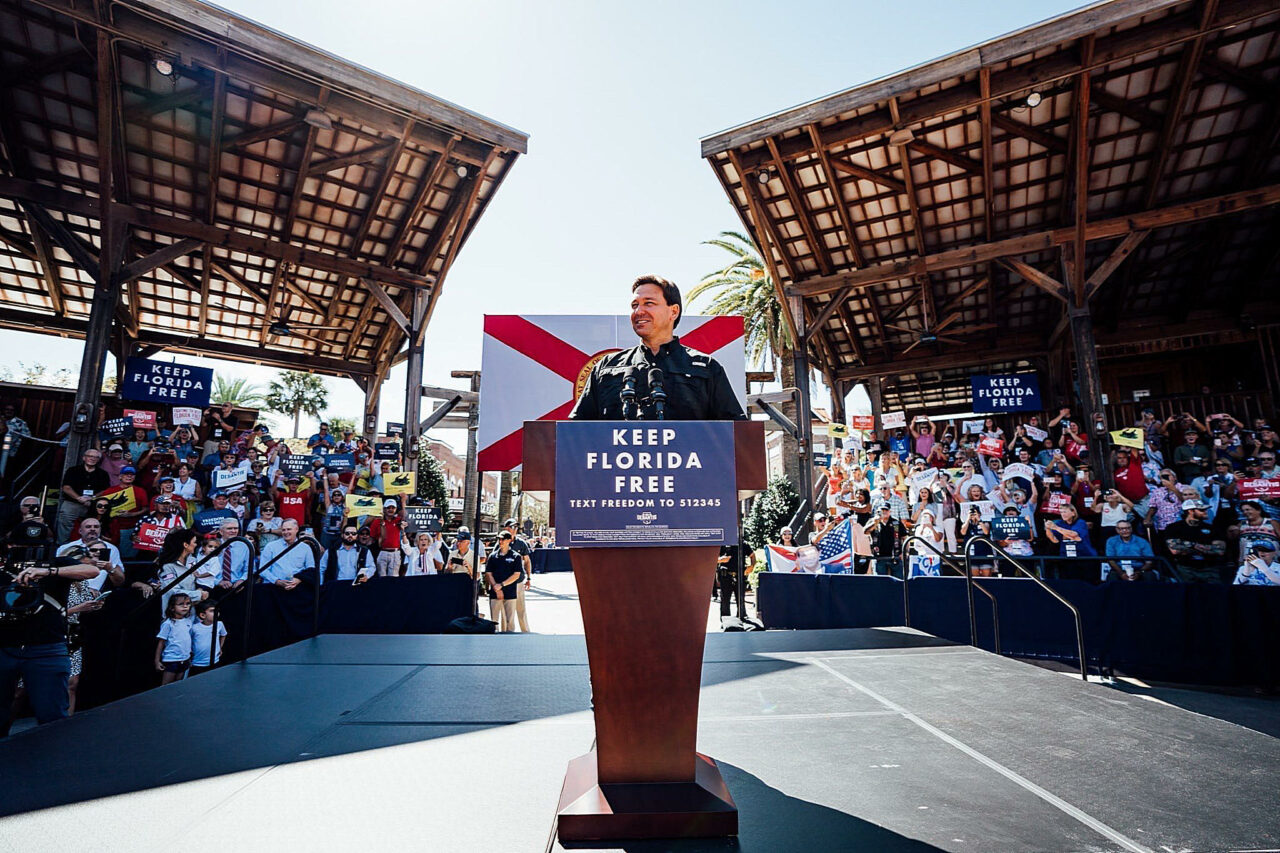 'A firsthand account from the blue-collar boy who grew up to take on Disney and Dr. Fauci.'

“America’s Governor” may be headed to the best seller list this winter.

Fox News Digital, which gets its share of Ron DeSantis scoops, reported Wednesday that DeSantis’ second book will come out Feb. 28.

“The Courage to Be Free: Florida’s Blueprint for America’s Revival” will be released by Broadside, a Harper Collins brand which puts out right-of-center tomes, including a forthcoming Marco Rubio book slated for a June release.

Expect this to be an origin story. As Fox notes, the book will cover DeSantis’ “growing up in a working-class family, playing in the Little League World Series, working his way through Yale University and Harvard Law School, volunteering for the Navy after 9/11 and serving in Iraq.”

“A firsthand account from the blue-collar boy who grew up to take on Disney and Dr. (Anthony) Fauci, The Courage to Be Free delivers something no other politician’s memoir has before: stories of victory. This book is a winning blueprint for patriots across the country. And it is a rallying cry for every American who wishes to preserve our liberties,” affirms the book description.

The Fox write-up contends the book will also deal with more contemporaneous “critical issues that brought (DeSantis) to the center of the debate over the future of our country.”

“When he enacted policies to keep leftist political concepts like critical race theory and woke gender ideology out of Florida’s classrooms, the media demagogued his actions, but parents across Florida rallied to his cause. Dishonest attacks from the media don’t deter him. In fact, DeSantis keeps racking up wins for Floridians,” the book description adds.

This will be DeSantis’ second book. His 2011 volume “Dreams From Our Founding Fathers: First Principles in the Age of Obama,” was released by the Jacksonville Beach “cooperative publisher” High Pitched Hum, and the book has been out of print for a long time with a frothy third party resale market, with copies advertised for more than $49,000 at one point.

“The Age of (Barack) Obama has sparked widespread public discontent, the formation of tea parties, and a renewed emphasis on the philosophy of the Founding Fathers. Dreams From Our Founding Fathers: First Principles in the Age of Obama shows why so many Americans have turned to the nation’s founding principles in response to Barack Obama’s self-described ‘transformational change’ agenda,” the overview of the first DeSantis book contended.

The timing of the release is no accident, with presidential buzz around the Florida Governor increasing since the election of Joe Biden two years ago. DeSantis has said he wants to “chill out” 2024 speculation, but putting out a new book is no way to do that, as that is something routinely done by presidential candidates before running.