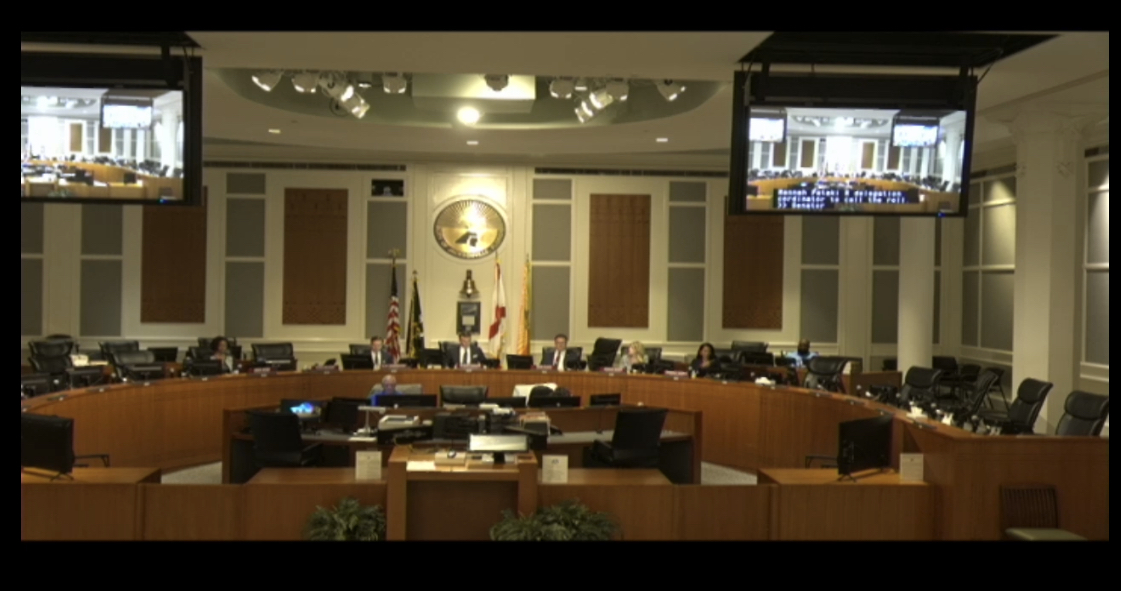 The Duval County legislative delegation has seen many changes since redistricting and the elections earlier this year, meaning that much of what they heard at Friday’s organizational session meeting was newer than it otherwise might have been.

Two new Senators are in place, with Tracie Davis and Clay Yarborough earning promotions from the House.

Reps. Wyman Duggan and Angie Nixon are the sole incumbents on the House side, with Kim Daniels returning after a two-year absence, and Jessica Baker, Dean Black and Kiyan Michael being new to the Legislature.

The delegation heard from dozens of stakeholders, representing local governmental subsidiaries, colleges and universities, and pressure groups Friday afternoon in the Jacksonville City Council chambers, though with some exceptions.

The city of Jacksonville notably had no one speak. Council President Terrance Freeman had a schedule conflict, and no one from the Mayor’s Office was on the agenda. But others were represented.

Jacksonville Beach, via Vice Mayor Cory Nichols, asked for support for the “concept of home rule.”

Jacksonville University (JU) President Tim Cost described it as “exciting” to have heard so many alumni and partners speaking at the meeting Friday, outlining a vision of his school working with corporate and educational partners locally and statewide, and touting JU’s newly announced law and medical schools,

Florida State College at Jacksonville President John Avendano expressed a desire to expand the South Campus Veterans Center to Kent Campus, to grow the nursing program via expansion at the Deerwood Center, and to expand the career center and job placement office with an eye toward not just local but regional connectivity.

After hearing a pitch from Space Florida, Chairman Duggan said he’d be in touch, looking for more “opportunities” around the Cecil Airport in western Duval County. Since Cecil Field was decommissioned as a military base last century, the area has been repurposed, and space is increasingly key.

Dawn Gilman of Changing Homelessness noted that 3,400 Jacksonville families are on a list of people waiting for services. Asked by Rep. Nixon how many children were on the list, Gilman couldn’t say, but she noted that her cohorts throughout the state are pleading with local delegations to replace COVID-19 funding on which they’ve relied. Locally that money is expected to be exhausted in February.

David Hodges of Fine Tooth Comb Investigations urged reexamination of the public record exemption for building codes for public schools, and cessation of a “regressive” services tax on investigative agencies.

Carnell Oliver, a frequent commenter to the City Council, commented to the delegation in his usual manner.

“Many of y’all have been doing your job. But you haven’t been working for the needs of the community,” Oliver chided, taking the legislators to task for “poor laws and poor judgment.”

Current events came up also along the way.