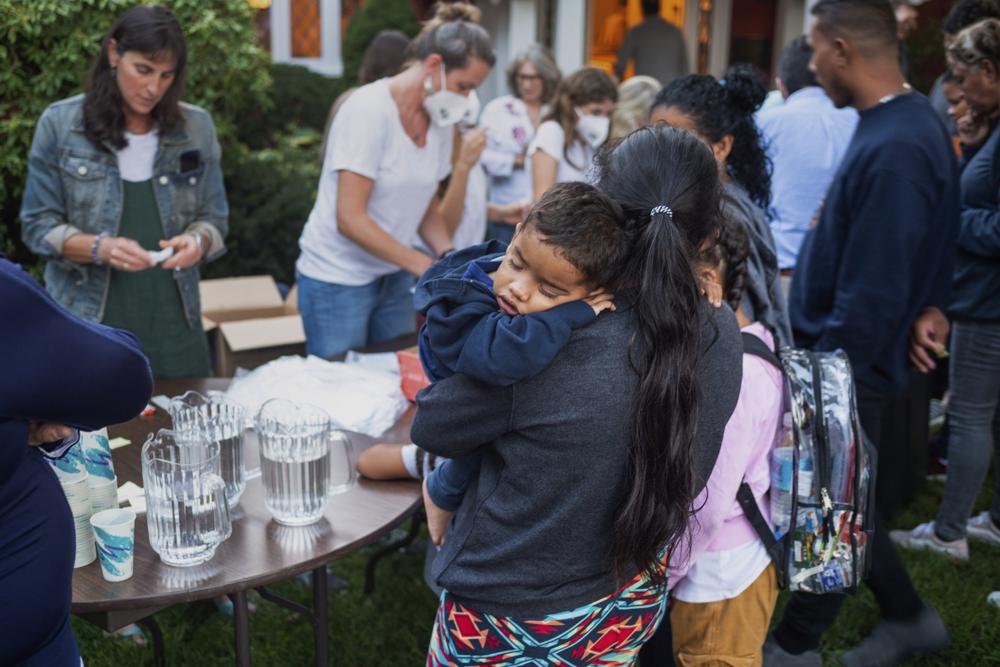 ‘The Constitution is clear — the sole and exclusive power to regulate immigration policy is granted to the federal government.’

It’s the fourth lawsuit filed against DeSantis since the flights took place two and a half months ago.

On Thursday, the SPLC, Boston-based law firm Leontire & Associates and the Criminal Justice Institute of Harvard Law School filed a federal lawsuit in the Southern District of Florida. Plaintiffs include the Apopka-based Hope Community Center and Miami-based Florida Immigrant Coalition and Americans for Immigrant Justice.

On Sept. 14, the lawsuit says, individuals acting at DeSantis and Perdue’s direction “sowed chaos and confusion” when, falsely promising aid, jobs, and more, they compelled roughly 50 Venezuelan and Peruvian migrants in Texas to board a plane for Massachusetts.

“There was no aid,” the lawsuit says. “Indeed, no one in Massachusetts knew they would be arriving. But the Governor of Florida did, and he took credit for the stunt the next day.”

The lawsuit contends DeSantis’ administration illegally usurped the federal government’s “sole role in regulating and enforcing immigration law as outlined in the Supremacy Clause of the U.S. Constitution.”

The plaintiffs also assert Florida violated the Equal Protection Clause of the Fourteenth Amendment, which provides no state shall “deny to any person within its jurisdiction the equal protection of the laws.” DeSantis did that, the lawsuit argues, “through its state-sponsored harassment of immigrants based on race, color, and national origin.”

In addition to seeking recompense for the cost of the lawsuit and “any other relief” the court deems “just and proper,” the lawsuit also requests that a federal judge assume jurisdiction over the matter, declare the program unconstitutional “in its entirety” and block it from continuing to operate.

“The Constitution is clear — the sole and exclusive power to regulate immigration policy is granted to the federal government, not the states,” Paul Chávez, senior supervising attorney for the SPLC’s Immigrant Justice Project, said in a statement.

“The scheme by Gov. DeSantis and the State of Florida to use taxpayer funds for the ‘relocation’ of ‘unauthorized’ aliens is a blatant and unlawful attempt to harass immigrants at the state level.”

The Florida Legislature approved DeSantis’ migrant-relocation program in March through a $12 million set-aside in the 2022-23 state budget. Of note, the budget language specified the funds were to be used to transport undocumented migrants “from this state” — meaning Florida — in a manner “consistent with federal law.”

Republican gubernatorial candidate Kari Lake of Arizona said she was “not a fan” of relocating migrants because it amounted to “moving them further inland,” but she admitted she got “a kick out of … watching these liberal Mayors just throw their hands up and say, ‘We can’t handle it.’”

Republican U.S. Rep. Marjorie Taylor Greene of Georgia also objected to the program not on the basis of principle but of practice. Rather than fly migrants to Democratic-leaning states, she said, Texas Gov. Greg Abbott and DeSantis should “declare this an invasion,” something Lake also suggested.

“We don’t need to be shipping illegals all over the country,” she said.

The program appears to be popular with some GOP voters. During a speech in Kansas days after news broke of the migrant flights, DeSantis received a standing ovation after remarking that the immigration issue is “now getting a little bit more attention” as a result.

He admitted in another speech shortly after that his administration paid to fly migrants out of Texas instead of Florida because he couldn’t find mass migration in his own state.

“We’re not seeing mass movements of them into Florida, so you end up with a car with maybe two (people),” he said Sept. 20.

DeSantis has since promised to spend the roughly $10.5 million remaining in the budget earmark to relocate more migrants.

Those aren’t the only funds being depleted, according to the lawsuit. It says the plaintiffs have incurred “direct injury” by having to divert resources from their “core mission” and “existing priorities” — including temporary protection status advocacy and assistance, naturalization clinics, education and aid for Dreamers, among other things — “to deal with the fallout” of the program.

“For political ambitions, (DeSantis) pulled a heinous stunt in order to posture himself as a right-wing strongman using human beings as pawns,” said Tessa Petit, co-executive director of Florida Immigrant Coalition. “FLIC has since been diligently informing, supporting and protecting our communities and will continue to work through the impacts of that horrible action.”

The lawsuit is the fourth to be filed against Florida in response to the migrant flights. Not long after formally asking U.S. Attorney Rachel Rollins and Massachusetts Attorney General Maura Healey to intervene on the matter, Boston-based Lawyers for Civil Rights filed a class-action lawsuit against DeSantis on behalf of the migrants.

“Our complaint details that Gov. DeSantis’ scheme runs afoul of both the Supremacy Clause and the Equal Protection Clause of the 14th Amendment to the U.S. Constitution and is, therefore, unconstitutional,” he said. “The Constitution protects immigrants from discrimination based on race and national origin and from arbitrary treatment by the government.”