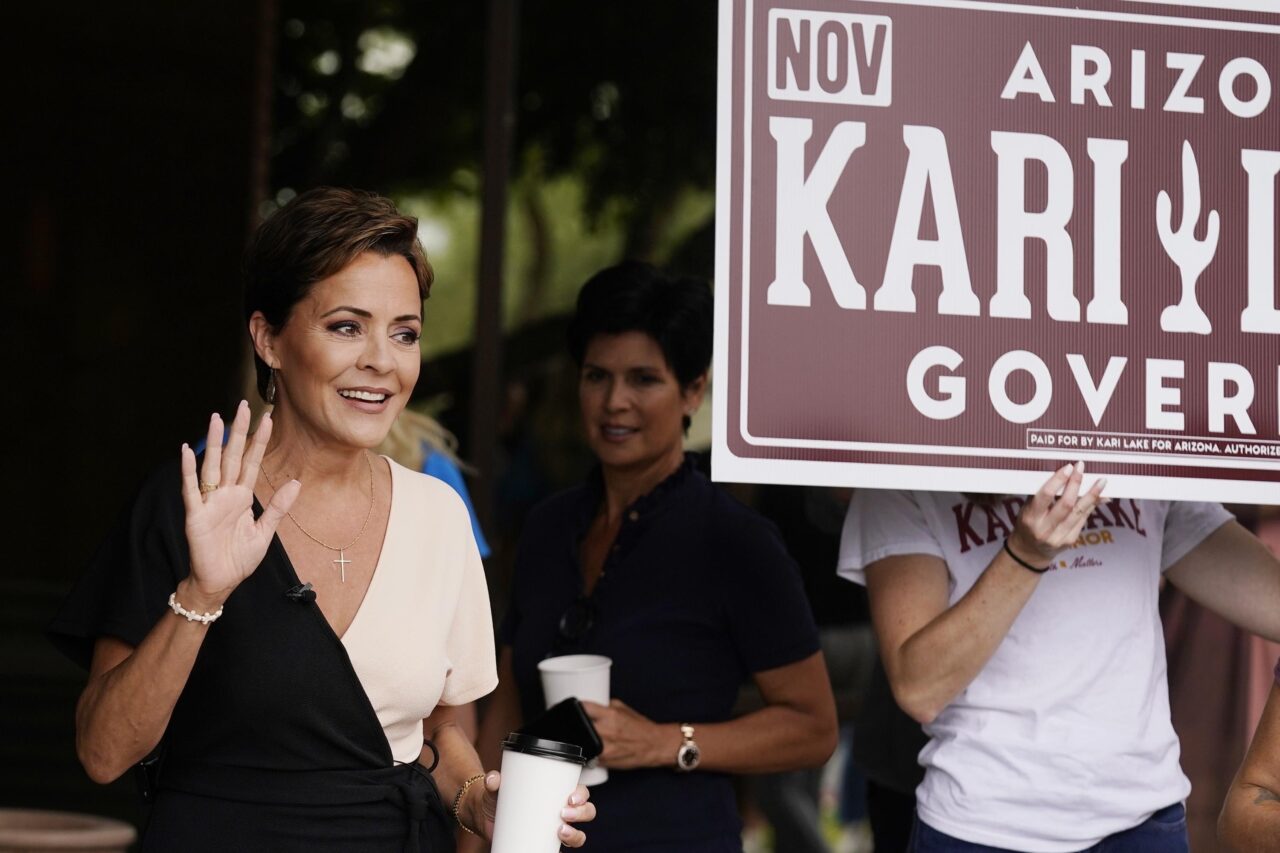 Lake, appearing on Tucker Carlson Tonight on the Fox News Channel, said she disagreed with the Florida Governor’s stunt.

“I’m not a fan of it, Tucker,” Lake said. “I mean, we’re just taking people here illegally who shouldn’t be here, moving them further inland.”

It wasn’t all criticism from Lake, however.

“I actually get a kick out of it,” Lake told Carlson. “Watching these liberal Mayors just throw their hands up and say ‘We can’t handle it.’ Because it’s life every day for us in these border states.”

Lake’s criticism comes just weeks after DeSantis went to Arizona to campaign with her after she won the Primary with Donald Trump’s endorsement.

Lake, a former newscaster, extolled DeSantis as a chip off the Trump block while saying being called “DeSantis of the West” was a major compliment.

“He’s got BDE. I call it Big DeSantis Energy. He’s got the same kind of BDE President Trump has,” Lake said, introducing DeSantis as a Governor who brought “Trump strength” to Florida.

By the end of the evening, DeSantis was promising to send National Guard members to stand sentry at the Mexican border in cooperation with Lake if she were elected Governor.

Lake said on Fox News Wednesday that if elected, she would send National Guard troops to the border but did not reference DeSantis’ offer.

Fox News Digital obtained the photo of the arrivals to Martha’s Vineyard, with DeSantis’ Communications Director confirming its veracity and saying it was a move of them to “sanctuary” jurisdictions.

“As you may know, in this past Legislative Session, the Florida Legislature appropriated $12 million to implement a program to facilitate the transport of illegal immigrants from this state consistent with federal law,” Taryn Fenske told Fox News.

DeSantis floated the idea of moving undocumented immigrants to other areas as early as last year.

“If you sent (them) to Delaware or Martha’s Vineyard, that border would be secured the next day,” he said in Jacksonville in December.