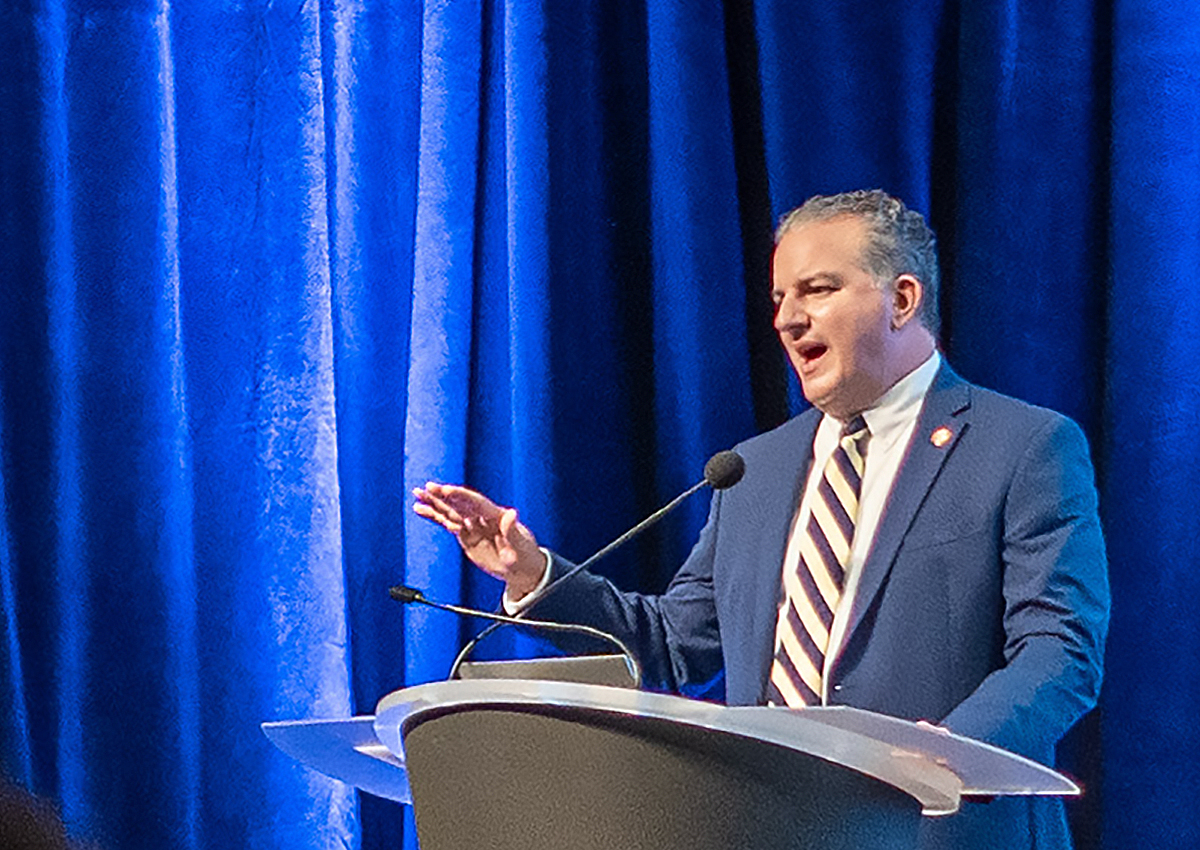 He also wants a statewide prosecutor focused on insurance fraud.

Patronis, a Republican, spoke to attendees at the Florida Chamber’s 2022 Insurance Summit, where he outlined the current state of the insurance market and potential ways to stabilize it.

“While we’ve made some great strides over the last few years, we still have bad actors that continue to drive up rates. And in my opinion, there’s still much work to be done,” he said.

“In addition to targeting the financial incentives that drive up litigation, we must continue to readdress insurance and reinsurance issues and ensure that Citizens (Property Insurance Corp.) truly stays the insurer of last resort.”

The CFO, whose department houses the Office of Insurance Regulation, said the Legislature has the appetite to tackle reinsurance solutions and bad faith lawsuit reform. But most importantly, he said, “we need to eliminate AOBs once and for all.”

Assignment of benefits, or AOB, is a legal process that allows policyholders to sign over their insurance benefits to a third party in exchange for a quick repair.

Companies that take over the benefits often sue insurance companies to collect fees. Insurers say those lawsuits are often for inflated claims and that AOBs combined with the one-way attorney fees statute are driving up insurance premiums.

Lawmakers in 2019 passed an AOB reform package that placed additional requirements on contractors that offer such agreements and allowed insurers to offer policies with limited AOB rights, or no AOB rights at all.

Still, the bill fell short of the total elimination that insurers wanted and that Patronis vocally supported on Tuesday.

“These folks continue to go door to door and they solicit,” Patronis said of contractors. “I had a call yesterday from a guy who’s who has emailed me everything his whole house has been gutted. He signed an AOB for everything but the kitchen sink in his house. It’s a tragedy and now this contractor is going to fill out the invoice for whatever price they want.”

He added, “I think AOBs are probably the worst thing that I’ve seen that can be done to a human individual after disaster.”

Patronis blamed the Florida’s litigation climate for the full gamut of insurance industry woes, claiming that Citizens has grown by 45% year-over-year due to the state’s “sue and settle environment.”

Patronis said his other policy goal of over the next year is to establish an office tasked with prosecuting insurance fraud.

“I’m not trying to pick a fight with Ashley (Moody), because I don’t care if it exists over in Ashley’s office, but I’d like a statewide prosecutor when it comes to insurance and insurance fraud,” he said. “At the end of the day, you think about our state attorneys in the state of Florida. They’re all elected. They’re elected men and women and they have a political agenda.

“And look at the end of the day when I’m looking at a case file, and you think about these prosecutors they make $45,000 a year as a starting job and you think about their workload of what they’re going to deal with. I’ve got somebody who was physically hurt versus somebody who’s financially hurt every day of the week. The person who was physically hurt is going to get the case time, the attention, and it’s just time we do a little more focusing and get some deterrence.”