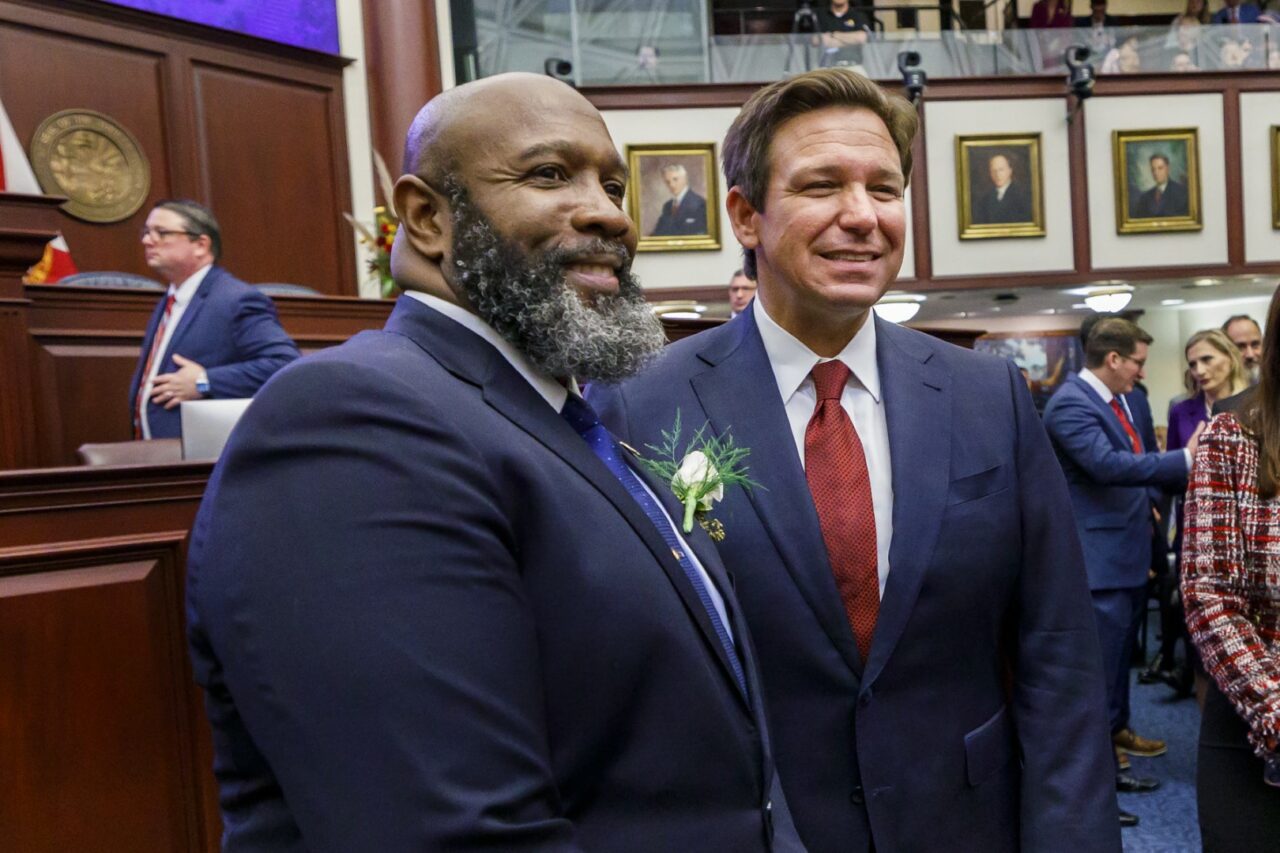 The new version includes allowances for citizen’s arrests in a person’s home or vehicle.

Democratic Rep. Christopher Benjamin of Miami Gardens is taking another swing at passing legislation to keep the duty of law enforcement mostly in the hands of trained police.

Benjamin has filed HB 25, which would remove most legal allowances for citizen’s arrest in Florida.

“In a modern world where we have modern law enforcement, there’s just no need for citizens trying to arrest one another,” he told Florida Politics.

HB 25 builds on a measure (HB 1083) Benjamin introduced in January, which sought to ban citizen’s arrests with exceptions for police officers acting outside their jurisdictions. Miami Sen. Jason Pizzo filed its companion. After both versions of the bill died without a committee hearing during the 2022 Legislative Session, Benjamin vowed to bring it back.

The new bill includes an additional provision allowing a person to detain someone who has entered his or her home, vehicle or other transportation vessel. Without that provision, Benjamin said, a person’s only course of action during a non-life-threatening break-in situation would be to flee from their home or conveyance.

“We added an element to the castle rule,” he said, referencing a Florida law permitting people to use lethal force in situations where they have “reasonable fear of imminent peril or death” in their private residences or vehicles.

“Some officers and legal folks had a concern that without the right to citizen’s arrest, people wouldn’t have the ability to stop someone who is burglarizing their home.”

Benjamin filed the first version of the bill less than two months after a jury found three Georgia men guilty of murdering Ahmaud Arbery in what the men described as an attempted citizen’s arrest. The case drew national attention, reignited debate over the centuries-old practice and prompted Gov. Brian Kemp in May to repeal Georgia statutes allowing it to occur.

A similar bill filed the same month in South Carolina to repeal an 1866 law never received a hearing.

Citizen’s arrest laws can be traced back to England in 1285, when King Edward I signed the Statute of Winchester permitting bystanders who witnessed crimes to pursue and hold suspects while awaiting the arrival of a constable or sheriff. Their history in America, by and large, is steeped in the shame of racism.

The now-repealed Georgia law, for instance, came about through legislation principally drafted by U.S. Rep. Thomas Cobb, a proponent of slavery and a Civil War secessionist.

“This is a law that was used for White people to help catch escaping slaves,” American University law professor Ira P. Robbins, who wrote a paper on the issue, told the New York Times last year. “There is a close connection between citizen’s arrest laws in the South and lynching.”

Florida’s standard for citizen’s arrests is set forth in the July 1980 case McAnnis v. State, which centered on an arrest a Broward County police officer made in Miami-Dade County. In short, there must be clear communication and action on the part of the person making the citizen’s arrest, and the person being arrested must understand what is happening.

In the absence of a warrant, it is up to a court to decide whether a citizen’s arrest is valid. Common law in Florida permits citizen’s arrests in instances of felonies or breaches of the peace, including detaining drivers suspected of driving while intoxicated. Those allowances extend to non-police security guards, who have no special authority or powers.

No common law exists allowing a private citizen to arrest someone for committing a misdemeanor that isn’t a breach of the peace.

Asked whether he believes his legislation will be given a fairer shake when lawmakers reconvene next year, Benjamin was optimistic despite Democrats being outnumbered by the largest margin in a decade.

The reason the bill failed last time, he said, is because outgoing House Speaker Chris Sprowls had placed something of a moratorium on legislation targeting criminal justice reform.

Benjamin said he expects the incoming Speaker, Paul Renner, to be friendlier to the legislation.

Neither Lake City Republican Rep. Chuck Brannan III nor Zephyrhills Republican Sen. Danny Burgess, who chaired the two committees that would have first heard Benjamin’s bill and its Senate counterpart, had a problem with the legislation, Benjamin continued.

“He had an interesting story when I was telling him about it,” Benjamin said. “He had a conversation with a Sheriff in his district, who at the time had just had an incident of a man harassing a woman. He was caught trying to do a citizen’s arrest, said he thought she was drunk driving.”

The incident resembles the details of a 2018 arrest in Naples, where police apprehended a man who trailed his neighbor’s car, blocked it and then physically restrained her because she was “driving too slow.” In the process, she said he claimed she was under a citizen’s arrest.

In March, deputies arrested a Green Cove Springs man for attempting to conduct a citizen’s arrest against Clay County Sheriff Michelle Cook. He claimed to be working for the President of the United States and was openly carrying a gun for which he had a concealed weapon permit, according to the arrest report.

According to Robbins, citizen’s arrest laws are particularly “scary” because they allow people who don’t understand the complexities of the law to engage in “vigilante injustice.”

Florida Politics requested comment from Brannan and Republican Tavares Rep. Keith Truenow, who is succeeding Brannan as Chair of the House Criminal Justice and Public Safety Subcommittee for the 2023 Legislative Session. Neither responded by press time.

previousSunburn — The morning read of what’s hot in Florida politics — 12.8.22