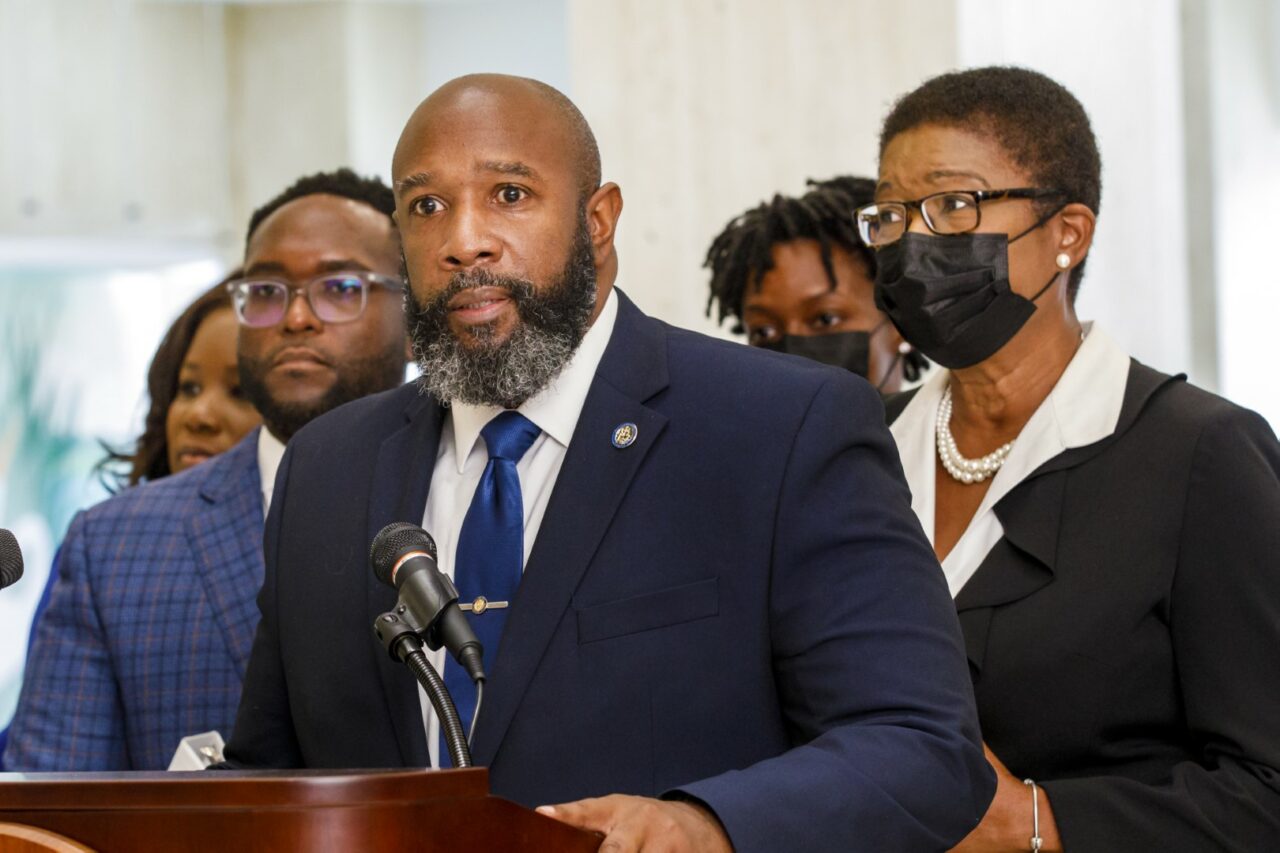 ‘The bill got caught up in this who’s-going-to-move-it-first scenario.’

Legislation that would do away with almost all legal allowances for citizen’s arrests in Florida was left on the proverbial shelf during the 2022 Session and has effectively died without a single committee hearing.

The bill (HB 1083), which Miami Gardens Democratic Rep. Christopher Benjamin filed in early January, came just over a month after a jury convicted three Georgia men for the murder of 25-year-old Ahmaud Arbery.

Its aim was simple: to make it so only sworn law enforcement officers could arrest people in Florida — a shift that would reverse a centuries-old precedent and possibly reduce the number of violent encounters in the state.

But according to Benjamin, hesitancy in both committees to take the lead on the matter killed the bill before it had its fair day in court.

“Neither chair had any issue with the bill,” Benjamin told Florida Politics. “The bill got caught up in this whole who’s-going-to-move-it-first scenario, which was frustrating because everyone seemed to like the bill and couldn’t find anything wrong with it except that they didn’t want another criminal justice reform bill right now.”

The problem with that, he continued, is the bill’s inherent reasoning remains sound regardless of the larger social movement to which many link it.

“It’s not even a criminal justice reform bill in the sense that you think about it,” he said. “It’s a common-sense no-brainer that says, in a modern society with trained law enforcement, that we don’t need citizen’s arrests — especially when you look at Georgia, in their repealing of their statutory citizen’s arrest. The incidents in which they happened were always at gunpoint, which is something you never want to happen.”

Citizen’s arrest laws can be traced back to 13th Century England, when King Edward I signed the Statute of Winchester allowing citizens who witnessed crimes to pursue and detain suspects while awaiting the arrival of a constable or sheriff.

Their history in America, however, is steeped in the shame of slavery.

In May, Georgia Gov. Brian Kemp signed a bill banning bystanders from making citizen’s arrests, an action previously allowed under an 1863 state law whose principal drafter was a slavery proponent and a Civil War secessionist.

A similar bill filed in South Carolina to repeal an 1866 law never received a hearing.

Florida’s standard for citizen’s arrests is set forth in the July 1980 case McAnnis v. State, which centered on an arrest a Broward County police officer made in Miami-Dade County. In short, there must be clear communication and action on the part of the person making the citizen’s arrest, and the person being arrested must understand what is happening.

In the absence of a warrant, it is up to a court to decide whether a citizen’s arrest is valid. Common law in Florida permits citizen’s arrests in instances of felonies or breaches of the peace, including detaining drivers suspected of driving while intoxicated. No common law exists allowing a private citizen to arrest someone for committing a misdemeanor that isn’t a breach of the peace.

Benjamin vowed to bring his legislation back next Session.

“If God blesses me to be back in the Legislature next year, I’ll file it again,” he said. “And I would expect it to have a better chance at passing.”