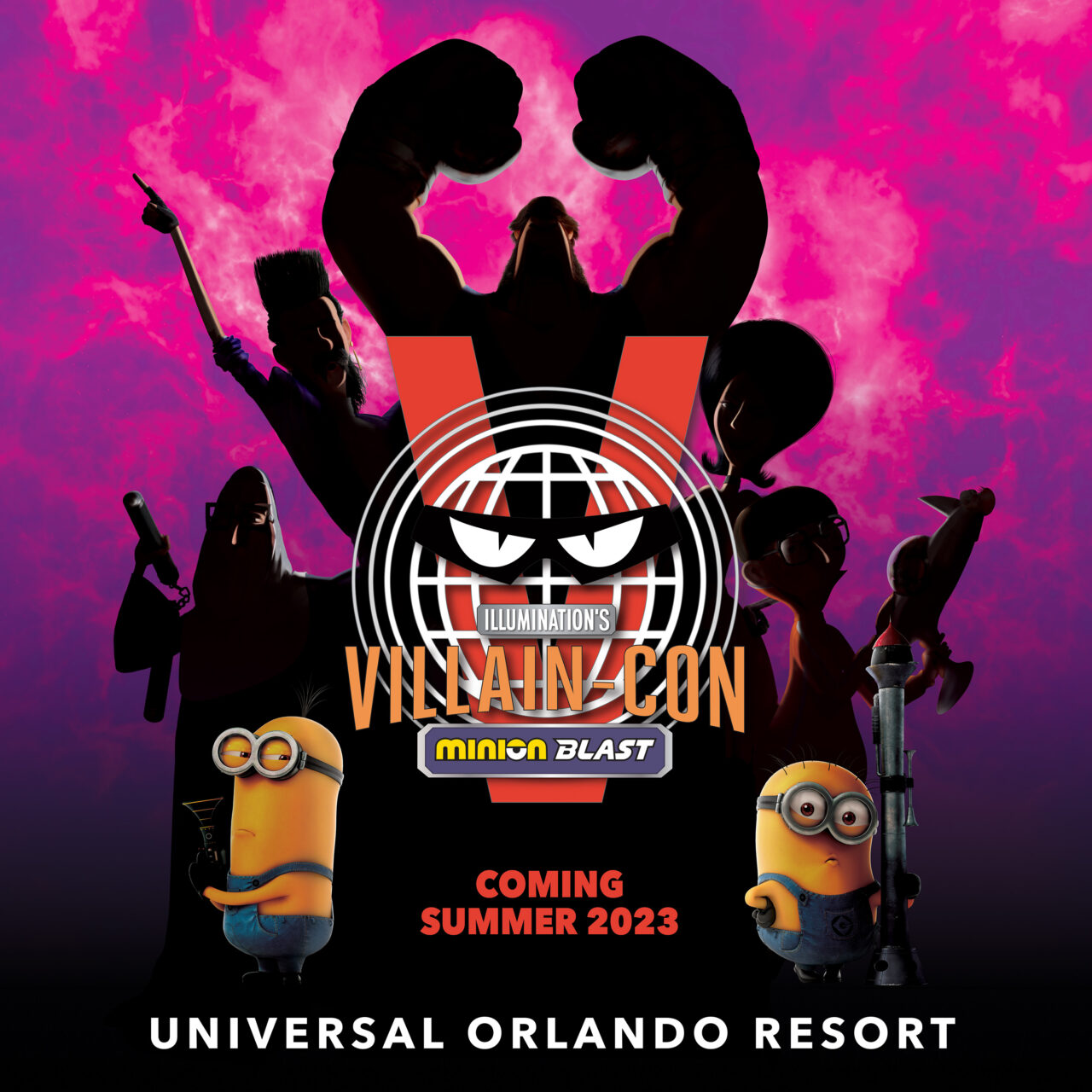 'Guests who are up for the challenge will grab an interactive blaster and step onto a motion-based pathway to put their skills to the test.'

Universal Studios Florida is opening a new family-friendly Minions attraction in summer 2023 that’s going to be part of a new land at the park based off the popular movies.

The experience, called the Illumination’s Villain-Con Minion Blast, is an interactive game where visitors use blasters to compete against each other.

“Guests who are up for the challenge will grab an interactive blaster and step onto a motion-based pathway to put their skills to the test. They’ll wind and glide through various scenes where they earn points by blasting a variety of items and causing as much mayhem and destruction as possible.”

The attraction, which will be part of a new Minion Land on Illumination Ave., will be located in the old Shrek 4-D building that permanently shut down earlier in January.

The already existing Despicable Me Minion Mayhem ride will be included in the upcoming Minion Land and so will a new Minion Café and “other surprises inspired by popular characters from Illumination’s blockbuster franchises,” Universal said, adding it will release more details on the land in the next few months.

Recently, the theme park operator has been re-configuring its attractions for its youngest visitors.

Last month Universal announced it will close five attractions in the KidZone area in mid-January. That includes: Woody Woodpecker’s Nuthouse Coaster, Fievel’s Playland, Curious George Goes to Town, DreamWorks Destination, as well as Shrek and Donkey’s Meet & Greet. At the time, Universal hadn’t said what was coming next to keep children entertained.

Earlier this week, NBCUniversal CEO Jeff Shell spoke about how important the company’s films, like the Minions, are because it leads to intellectual property used at the theme parks.

In addition to the new Minions themed land, Universal is also at work on building a completely new theme park known as Universal’s Epic Universe near the Orange County Convention Center. That park is on track to open in the summer of 2025, Shell said in an update given during a financial conference.