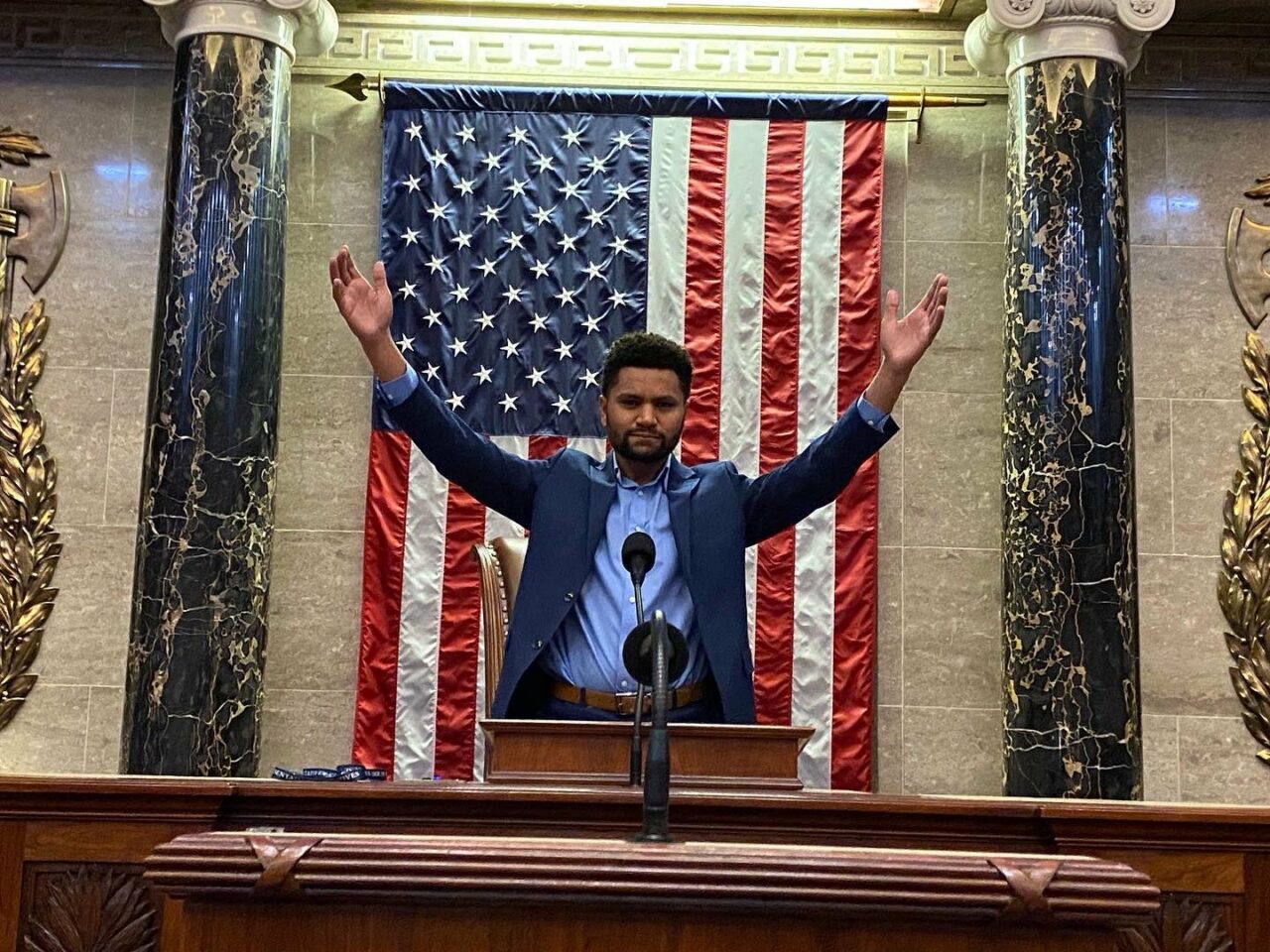 Maxwell Alejandro Frost had a rent application rejected weeks ahead of being sworn in.

The Orlando Democrat tweeted he doesn’t have a place to live in America’s Capital City.

“Just applied to an apartment in D.C. where I told the guy that my credit was really bad,” Frost posted. “He said I’d be fine. Got denied, lost the apartment, and the application fee. This ain’t meant for people who don’t already have money.”

That Frost’s credit cards are maxed out shouldn’t be a complete surprise. The 25-year-old won a shocking victory in the Democratic Primary for Florida’s 10th Congressional District this fall, beating out long-time Democratic leaders for the open seat including a sitting state Senator and two former members of Congress.

He told Florida Politics simply running for office meant a sacrifice in his income. He campaigned for a year before winning election, working long hours seven days a week to win a rare open seat in the U.S. House. That required him to quit a full time job. But it also required capital, so the young political activist now famously drove Uber by night as campaigned during the day. That rideshare money still wasn’t enough to pay all his bills and he also racked up plenty of personal debt.

“The system as far as entering office, particularly serving in Washington, D.C., is not really created for working class people, for poor people or for people who had troubles in their past,” he said.

After a significant amount of attention on Twitter to his story, Frost tried to explain that online.

“It isn’t magic that we won our very difficult race,” Frost wrote. “For that primary, I quit my full-time job cause I knew that to win at 25 years old, I’d need to be a full-time candidate. Seven days a week, 10-12 hours a day. It’s not sustainable or right but it’s what we had to do.

“As a candidate, you can’t give yourself a stipend or anything till the very end of your campaign. So most of the run, you have no money coming in unless you work a second job.”

He’s hardly the first upstart politician to have trouble with rent after he commutes to work. Democratic U.S. Rep. Alexandria Ocasio-Cortez of New York, after winning her seat in Congress in 2018, famously struggled in the Washington housing market as well.

There are other ways to cope with the situation, of course. Many members of Congress share housing together, a situation satirized nearly a decade ago in the Amazon Prime series Alpha House.

Still, other members have chosen to bunk in their offices, whether because of problems with housing or as a public demonstration of their fiscal responsibility. U.S. Rep. Kat Cammack, a Gainesville Republican elected to the House in 2020, relayed at a recent roundtable she does the same thing now.

“It’s a little bit like college,” Cammack said. “We’re moving right now and since I sleep in my office, my dorm has been completely packed up.”

For Frost, he doesn’t know if that’s the best personal path.

“I’ve had a bunch of advice from members who are both older and younger,” he said, “and their top piece of advice is, ‘Do not sleep in your office.’ And in my opinion, members of Congress shouldn’t have to sleep in their office. This is a hard job and you should be able to go home and go to sleep in your bed, not on your couch. You don’t want some intern coming into your office at 7 a.m. and finding you still in your boxers. I would rather couch sleep than sleep in my office to be honest.”

That’s what he has done through much of orientation. Notably, new members of Congress won’t receive a first paycheck until a month after they get sworn in on Jan. 3.

Notably, Frost has learned through the orientation grapevine most members who do house in their office are Republicans. That’s been true for sometime and the practice came into vogue after the Republican ‘Contract with America’ revolution in 1994.

When a new Democratic majority considered barring the practice in 2019, many bunked members protested and said it’s not just a political statement to keep a mattress in the office.

“I had an apartment for about the first nine months I was here, and the rent was more than my mortgage at home,” Republican U.S. Rep. Rick Crawford of Arkansas told the Northwest Arkansas Democrat Gazette in 2019. “That, economically, just doesn’t make much sense.”

And prices have only gone up in recent years. According to Rent Café, the average rent in Washington is now $2,335 per month, and the average apartment size is just 746 square feet.

The fact so many Republican members bunk in for this purpose makes Frost wonder if there’s a bipartisan appetite for tacking affordable housing. If conservative members of Congress need to take advantage of publicly owned housing on the job, maybe they will see the need to supplement it in major cities.

And of course, Frost’s housing challenges are not limited to the Washington market. He represents a Central Florida district that has largely been the center of an affordable housing crisis in his home state. Rent Cafe shows the average price of rent in Orlando sits around $1,937, and the average size is 962 square feet.

Frost will spend roughly two-thirds of the year staying in that Florida market, and the other third or more in Washington, maintaining homes in both areas. But on a Congressman’s salary, that’s doable, and he expects his credit to be in good shape a year from now.

For many of his constituents, the prices — and perhaps even worse the credit checks and application fees — could prove ruinous. He lost a $50 application fee trying to get into an apartment in the Navy yard are near the Hill, but hears of people losing fees of $150 or more, then doing it again at the next place they look.

As for members, he hopes a modernization committee in Congress considered changes to make public service more accessible.

“I get some don’t need it,” he said. “A millionaire can get a place, and that’s fine and dandy. But as we see an influx of working class people get elected, maybe look at the rules and make it accessible.”