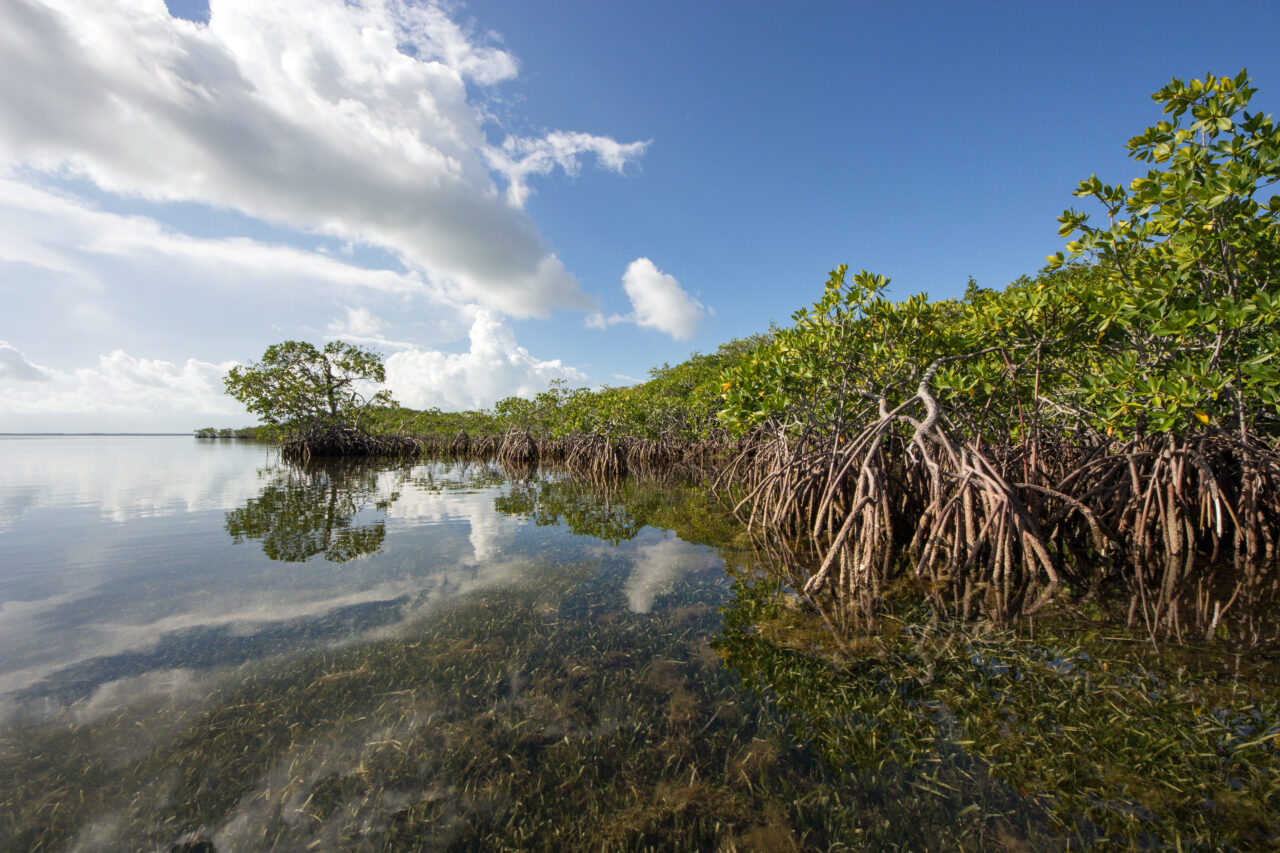 The funds will help cover the cost of rejuvenating coastal wetlands, mangroves and forests in low-lying lands around the waterbody.

A federal grant of $330,000 is incoming to Miami-Dade County to help cover the cost of restoration projects around Biscayne Bay.

“Miami-Dade is uniting diverse stakeholders in planning and implementing natural and nature-based solutions to improve our community’s resilience,” Levine Cava said in a statement.

“We are leading the way in funding critical county resilience projects that will shield us from storm surge, protect our drinking water, enhance our fragile ecosystems like Biscayne Bay, and buffer our communities against sea level rise and climate change.”

Biscayne Bay makes up roughly 95% of the park, according to the National Park Service, which lists “aquamarine waters, emerald islands, and fish-bejeweled coral reefs” among the waterbody’s attributes.

The project will unite local governments, land-owning agencies and community organizations already involved in small-scale efforts at the restoration site, which spans 135 acres in the southeast corner of the county.

“Now, these two acquisitions are key components in this coastal protection project,” he said. “Cutler Bay remains committed to protecting Biscayne Bay and improving our community’s resilience, and we will continue working with our fellow government agencies to multiply our efforts.”

It also supports the livelihoods of many locals, including professional fishers, and a robust tourism market, including PortMiami, the county’s second-biggest economic engine behind Miami International Airport.

In recent years, the water body’s health has declined, evidenced by deadly algal blooms and fish kills that prompted the county to take more corrective action, seek funding for restoration and raise fines for polluters, among other steps.

Much of the problem stems from stormwater runoff — rainwater from developed land that flows into the bay, carrying pesticides, fertilizer and other pollutants — and wastewater spills from Miami-Dade’s aging sewage system and hundreds of thousands of failure-prone septic tanks.

The bay has also seen an influx of invasive species that are wreaking havoc on its native flora and fauna. Among them: the imported red fire ant, black spiny-tailed iguana, lionfish, cane toad and the Burmese python, which is so destructive Florida holds a yearly contest that pays $10,000 to the person who kills or removes the most snakes.

“Advancing this 135-acre restoration will enhance protection from hurricanes and sea level rise, help mitigate climate change and improve habitat for critically endangered species,” said Jim Murley, the county’s Chief Resilience Officer. “We are all about implementing projects that have multiple co-benefits for people and for the environment while working with our municipalities and external partners at the same time.”

Gov. Ron DeSantis has prioritized the issue as well, setting aside $52 million for Biscayne Bay water quality over the last four years. That includes a $22.7 million earmark Dec. 1 for projects testing and reducing pollution in the bay, shoring up local wastewater and stormwater infrastructure and marine debris cleanup.

That set-aside came roughly two weeks after Miami-Dade Commissioners overrode Levine Cava’s veto of an ordinance pushing back the Urban Development Boundary, which protects agricultural land and vulnerable wetlands in and around Biscayne Bay and the Everglades, to allow construction of a 379-acre industrial complex on farmland west of the bay by Homestead.

nextJennifer Sweet: Investing in Florida’s communities is investing in our future