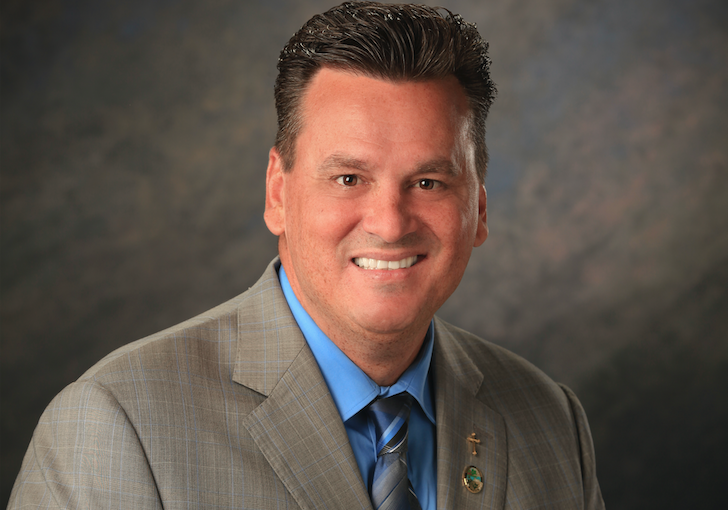 The Osceola County legislative delegation has elected Rep. Fred Hawkins, a St. Cloud Republican, as its new Chair. He takes over in the role from Rep. Kristen Arrington, a Kissimmee Democrat.

Hawkins stressed to the crowd at the delegation’s meeting, which typically happens locally once a year, to keep in contact with state lawmakers year-round.

“If you look at the last Sessions, we were in Tallahassee I believe 25 or 26 weeks out of the year, with Special Sessions and everything,” Hawkins said. “I think that’s important for the citizens to know that we are still open to meet with you. Our staffs are excellent. They are there for a reason. So take advantage of that. I think some of the best ideas and policies come out of the public.”

While the delegation works together on regional issues, it may be symbolic for the gavel to move from a Democrat to a Republican’s hands. Osceola will send a 3-2 delegation to Tallahassee after the Midterms. The delegation was divided with two Democrats and two Republicans last year, with the county picking up a House seat during redistricting.

In November, Hawkins won re-election in a closely watched race in House District 35. Likewise, new state Reps. Carolina Amesty, a Windermere Republican, and Paula Stark, a St. Cloud Republican, won competitive races in districts where a majority of voters in 2020 supported Democrat Joe Biden in the Presidential Election. Amesty was out sick for the first delegation meeting after the election.

Sen. Victor Torres, an Orlando Democrat, was named Vice Chair, following a motion by Hawkins. He won election with almost 53% over Republican Peter Vivaldi this year, and thanked voters. Arrington won re-election by almost 20 percentage points in a Democratic seat as well.

“With the counties and the cities and how they have been surviving with this flooding and all of these issues, and affordable housing and our schools,” Torres said, “these are things that concern me. I’d like to work with my colleagues across the aisle because I feel that we all have to work to make a better life for our constituents.”