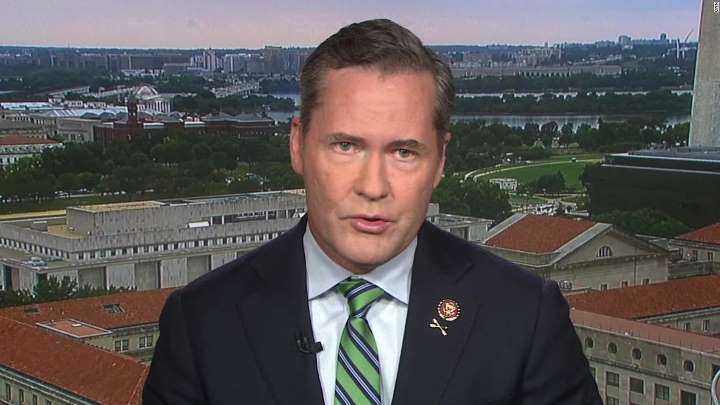 Afghan Special Forces Commando Abdul Wasi Safi is one of those soldiers left behind in war-torn Afghanistan after helping the United States and, as a result, has faced terrible choices. Now he needs help and should not be deported, the two Congressmen wrote in a letter sent Thursday.

“I fought alongside soldiers like Abdul in Afghanistan who risked their lives to build a better future for their country while keeping Americans safe,” said Waltz, a former Green Beret in the U.S. Army, in a prepared statement.

The steady stream of migrants seeking asylum at the U.S. southern border is a common reason for conservatives to raise the alarm about illegal drugs and criminal elements seeping into the country. Safi, however, presents a special and urgent case — and an opportunity for the administration to address a wrong, the two Republicans wrote to Biden.

Afghan U.S. allies like Safi who were left behind in the “disastrous and hasty exit“ as the Taliban regained control of Afghanistan, “are now subject to Taliban reprisals and countless unable to escape have been killed,” Waltz said.  “We owe it to those who risked their lives to fight with Americans to ensure their safety and it’s despicable this administration would rather deport Abdul than thousands of other migrants illegally crossing our southern border.”

Safi, the letter recounts, was forced to flee Afghanistan and went to Pakistan. There, he was able to get a Brazilian visitor’s visa. While waiting for an entry visa to the United States, where he could be reunited with his brother, who had gotten a Special Immigrant Visa, Safi was beaten and robbed, the letter says.

“As his personal situation worsened, Mr. Safi made the difficult decision to trek north, towards the U.S. southern border,” the letter says. “On Sept. 30, 2022, Mr. Safi was arrested by Border Patrol agents near Eagle Pass, Texas.”

Safi should not be returned to Afghanistan, given the Taliban’s brutality against those who helped American forces there, the letter says. His request for asylum, based on a credible fear of persecution, is likely to be granted, the Congressman wrote.

“With these factors and his gallant service with American forces in mind … we ask that you consider paroling Mr. Safi into the United States while he awaits a hearing on his justifiable asylum claim.”