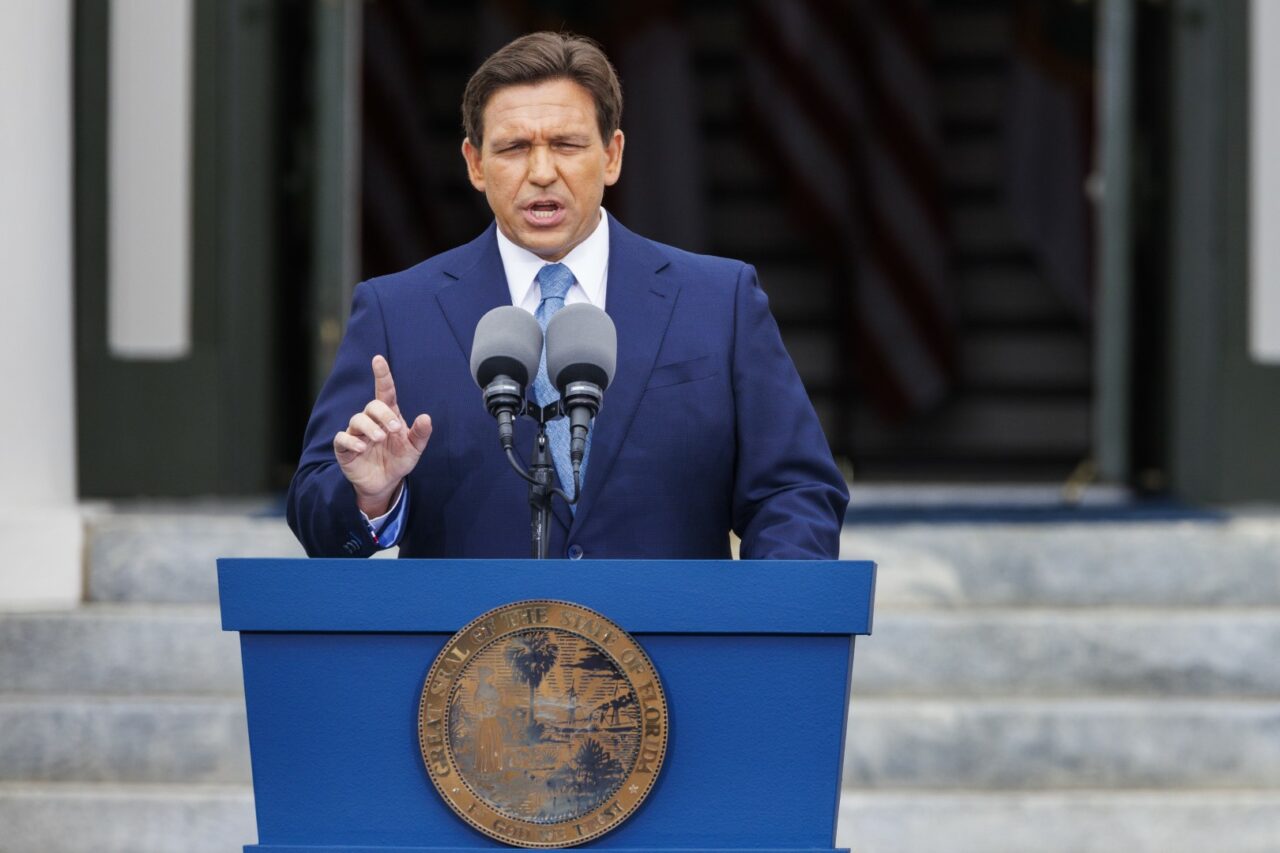 ‘We will never surrender to the woke mob. Florida is where woke goes to die.’

Proclaiming that Florida carries the nation’s torch of freedom, Gov. Ron DeSantis implored the state during his inauguration address.

Before a crowd of more than 3,000 dignitaries and supporters to launch his second term Tuesday morning, the Republican Governor declared Florida as the land of liberty, freedom and sanity.

With the nation’s eyes on the 44-year-old rising Republican star, DeSantis drew a direct line from the Founding Fathers at Independence Hall through American history and declared that Florida has preserved that “sacred fire of liberty,” quoting President James Madison. DeSantis traced the fire from Independence Hall to Gettysburg, to Normandy, to the Lincoln Memorial and to the Berlin Wall.

“It is our responsibility in Florida to carry this torch. We do not hide from this responsibility. We welcome it,” DeSantis said. “We will be on our guard, we will stand firm in the faith, we will be courageous, we will be strong, and we thank God and are proud to be citizens of the great, free state of Florida.”

While the inaugural celebration took place in Tallahassee, its implications extend beyond the borders of the Sunshine State. The nation’s eyes will fixate on the Governor’s next moves as many Republicans look for an alternative presidential candidate to former President Donald Trump. Among the dignitaries on stage for the inauguration was former Gov. Jeb Bush.

DeSantis legitimized the line he traced to the Founding Fathers in another fashion. As Florida Chief Justice Carlos Muñoz administered the oath of office, First Lady Casey DeSantis held the bible on which the Governor swore his oath — an Aitken Bible. The book, loaned to DeSantis by conservative media host Glenn Beck, traces its origin to the American Revolution.

In a nod to the number of people who have moved to Florida since the start of the pandemic, DeSantis declared Florida as the land of liberty and sanity and the country’s most desired destination.

“When other states consigned the people’s freedom to the dustbin, Florida stood strongly as freedom’s linchpin,” DeSantis said. “When the world lost its mind, when common sense suddenly became an uncommon virtue, Florida was a refuge of sanity, a citadel of freedom for our fellow Americans and even for people around the world.”

The Governor’s message also targeted “woke ideology,” a rallying cry for DeSantis that has captured the attention of conservatives.

“We reject this woke ideology,” DeSantis said. “We seek normalcy, not philosophical lunacy. We will not allow reality, facts and truth to become optional. We will never surrender to the woke mob. Florida is where woke goes to die.”

But while DeSantis called his vision for Florida a model for the nation, key Democrats in Florida rejected the Governor’s message. In a statement, House Democratic Leader Fentrice Driskell criticized DeSantis for focusing on “woke” ideas to distract from his record, which she said was riddled with failures.

“This is probably the first Florida Governor to give an inaugural speech not speaking to the people of our great state and the challenges we all face, but directed at GOP primary voters and billionaire donors,” Driskell said.