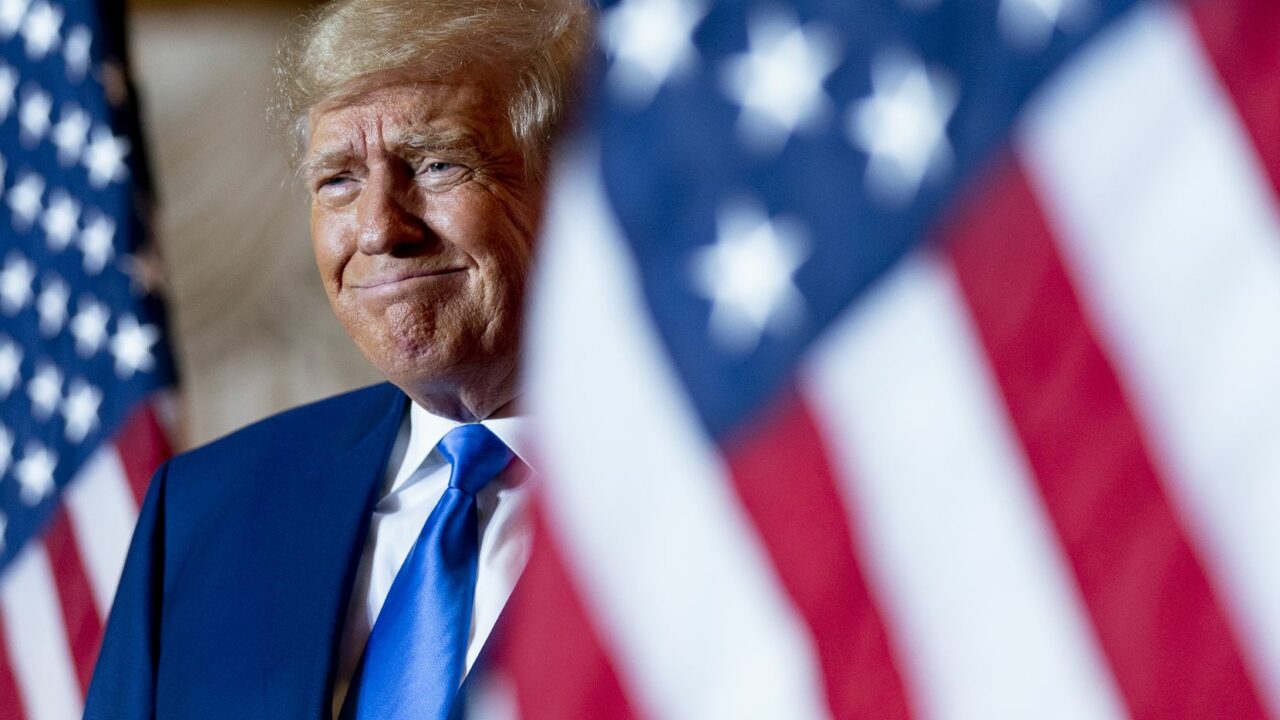 The hourlong announcement offered a blast from the past amid questions as to whether Republicans should shop around for a 2024 nominee.

“America’s comeback starts right now,” Trump said in a speech at his home Mar-a-Lago punctuated with familiar lines and bursts of applause.

The early declaration seemed timed to clear the field, even as Gov. Ron DeSantis appears to be emerging as more of a favorite with each passing news cycle.

Trump opened a federal campaign account earlier Tuesday, but he spent as much of his speech looking back to 2020 as he did looking forward. He described America as in a “golden age” at the end of his term, with “everybody doing great” and “thriving like never before.”

“The world was at peace. Our country was prospering. America was on track for an amazing future,” Trump recounted, drawing a contrast to the Joe Biden administration in language familiar to those who have followed his rallies since he left office.

“Two years ago, we were a great nation, and soon we will be a great nation again,” Trump contended, describing a “decline” that the “American People” are set to reject in favor of Trump’s “American greatness” agenda.

Noting that Republicans won the House in 2022, Trump said Republicans should have done better, but Americans “don’t quite feel” the pain caused by the Biden administration.

In 2024, Trump said the “voting will be much different” than it was this year.

He noted that his endorsement “success rate” included just 22 losses in November, with a “98.6%” win rate in Primary endorsements. But questions brew as to whether Trump leads the party, as polls show Trump losing to DeSantis in a series of hypothetical 2024 Primary contests.

Though Trump has blasted the Governor as “Ron DeSanctimonious,” he held back attacks on (or mentions of) DeSantis during his formal remarks.

But it’s not likely that a week’s worth of vituperative language from the former President will be quickly forgotten, even though DeSantis has not taken the bait, even downplaying the sharp language.

“I think some of this stuff gets overdone in some of the media,” DeSantis told a friendly questioner in Fort Walton Beach Tuesday, hours before Trump took the stage hundreds of miles away.