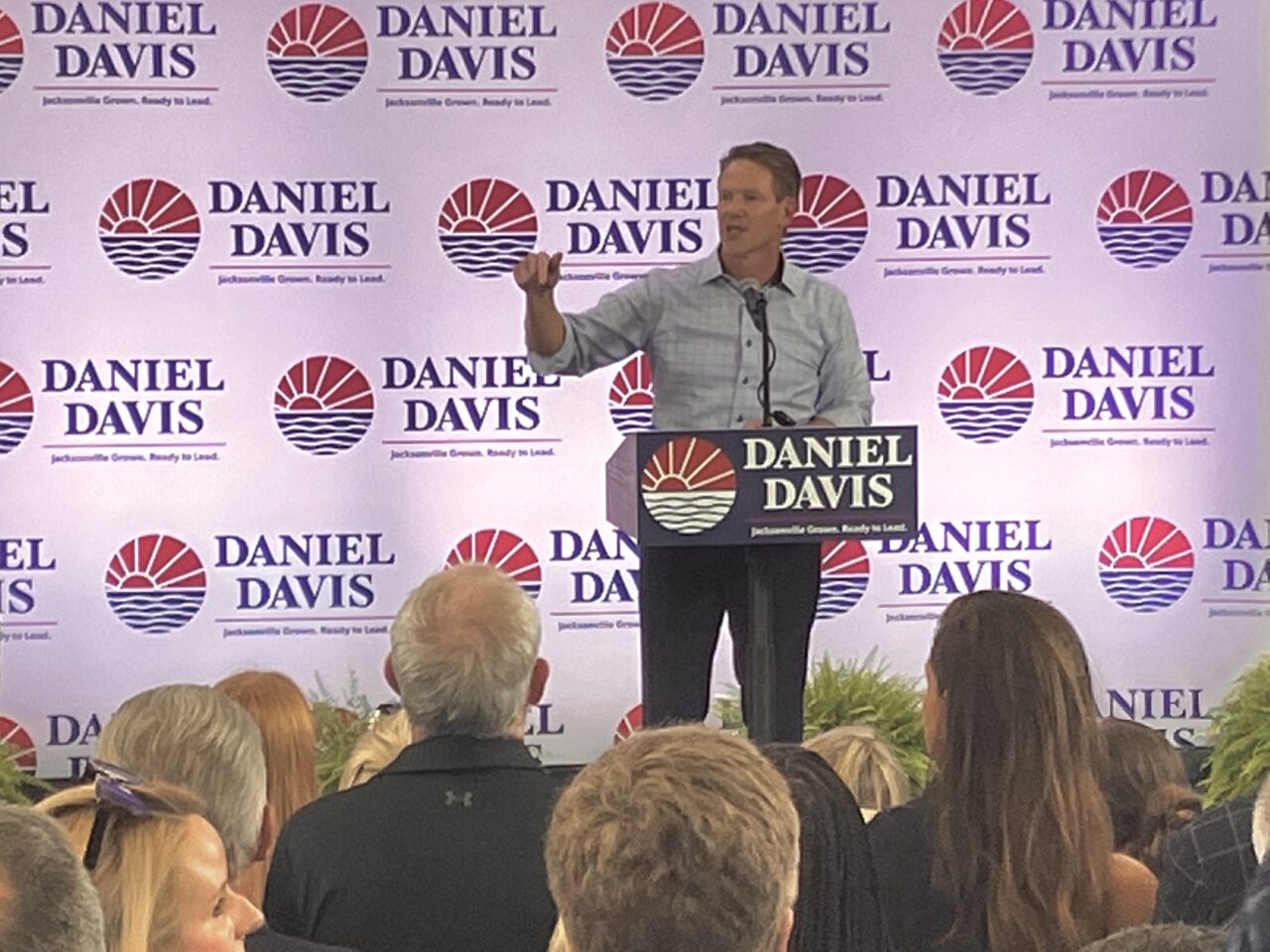 'The Board and its Executive Team intends to vigorously defend this case.'

The Jacksonville Chamber of Commerce, named as a co-defendant with CEO Daniel Davis in a lawsuit challenging his continued employment while running for Mayor, is standing with the CEO.

In a statement released Thursday, JAX Chamber Chairman Brad Talbert decried the “disrespectful” suit from conservative activist Billie Tucker Volpe, making it clear the business group does not share the plaintiff position that it’s playing politics by keeping Davis on the payroll through the 2023 elections.

“JAX Chamber Board of Directors and Executive Committee value the commitment and investment of the Chamber’s 3,000 members and takes their fiduciary responsibilities very seriously,” Talbert asserted.

“It is disrespectful to the thousands of members who work to support the business community in Jacksonville that someone joined the JAX Chamber less than two weeks ago for the sole purpose of filing a baseless lawsuit for political reasons. The Board and its Executive Team intends to vigorously defend this case and look forward to presenting the actual facts to the Court at the appropriate time.”

The muscular response from Talbert comes a day after comment was requested, but what’s clear is that the Chamber rejects the presumption of the lawsuit filed Wednesday in the 4th Judicial Circuit, which suggests that the nonprofit Chamber has been weaponized in favor of its CEO in the most competitive Jacksonville mayoral race in recent history.

Controversy over Davis running for Mayor while not stepping away from his day job predated his official campaign, as his eventual entry into the race was expected by insiders years ago. But the lawsuit from a member of the Chamber, who, according to Florida law, has standing to challenge the internal workings of the 501(c)6 nonprofit organization, attempts to transform insider gripes into a judicial injunction.

The suit makes note of Davis’ compensation ($536,000) rendered in exchange for 55 hours of work per week, questioning how Davis would have handled those hours while actively running for Mayor since September 2022, asserting a “majority of his work hours” are spent on “matters other than JAX Chamber work.”

It contends Davis “approached the incoming Chair” of the Chamber asking for a guarantee Davis could retain his position as CEO in the event of a loss this spring. The claim is also made that Executive Committee members have “continuing business relationships” with the city and “close personal relationships” with Davis.

Furthermore, the suit asserts a symbiosis between the JAXBIZ political committee and Davis’ Building a Better Economy political committee, with contributions to “committees of other Florida politicians, thereby building his personal political capital and reputation at the expense of Jax Chamber.”

The goal ultimately is to stop Davis getting paid while running for office. Davis is one of four Republicans in the crowded race to replace Mayor Lenny Curry, who has endorsed Davis as his successor.

In a statement from his campaign, Davis suggested Wednesday the suit is just a political stunt distracting from real issues.

“The Jacksonville Chamber is the most respected voice for our business community and it is unconscionable that anyone would play politics with the 3,000 members who keep our city working. This lawsuit is a sad, cheap political stunt filed by someone who joined the Chamber nine days ago, and instigated by a failing candidate grasping for relevance.”