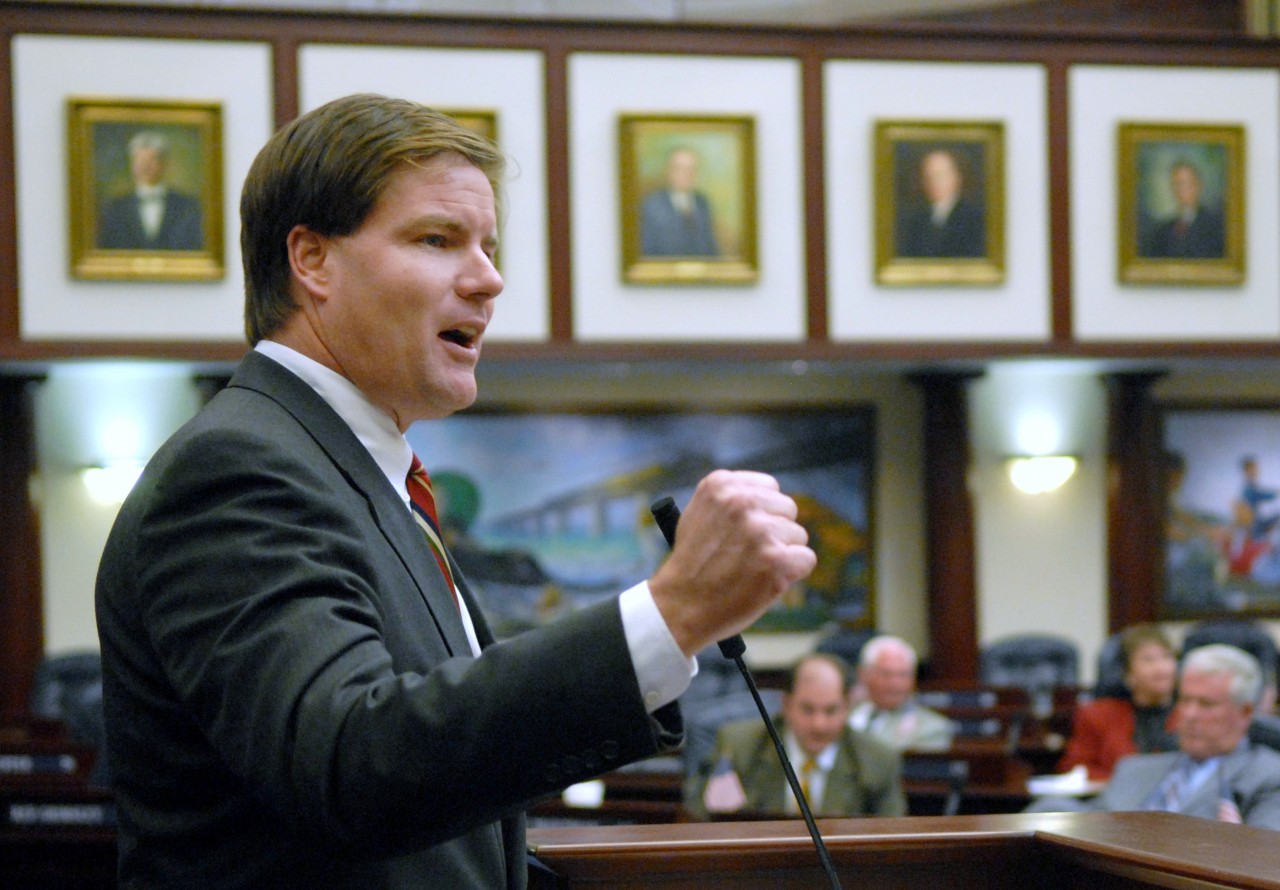 As the 2015 Florida legislative session prepares to commence, we have reached out to legislators in the House and Senate to get their responses to a series of questions. Today’s installment from Northeast Florida features Republican power broker Sen. Aaron Bean.

He represents Nassau County and parts of Duval as well, and serves on myriad committees — including chairman of the Health Policy Committee.

Our questions are in bold. His answers immediately follow each question.

What are your priorities for the 2015 legislative session?  Limited testing for our students.  “Better Testing, Less Testing” is one of a couple dozen bills I have filed.  I also have a bill limiting illegal aliens from registering vehicles in Florida.

In one word, how would you describe your expectations for the session, i.e. “Excited.” Optimistic.
What’s a local issue you are making a priority this session?  Working with Representative McBurney on tightening driving offenses.Is there a special appropriations you are pushing for this session?   There are so many, but funding the Charles Adams (a retired navy ship to be converted into a museum and parked in downtown Jax) is one.

How would you find a way to expand health care coverage to the nearly 1 million Floridians left without coverage as a result of not expanding Medicaid?  We will explore doing it in a very conservative way.  Requiring work and those enrolled to pay premiums for starters, if it can be done.

Do you support Sen. Jeff Brandes’ medical marijuana bill? Greg Steube’s version in the House? Why? Why not?  I do not support it as it is now.  We are still trying to digest our baby step last year of the approval of the Charlotte’s Web non-THC version.  I do not favor approving a very dangerous drug in hands that do not need a very dangerous drug.

How do you think the ongoing debate over 64-ounce growlers should be solved?  I am optimistic that there will be a happy ending that will allow beer that is brewed on premises to be sold on premises this year.
Would you support allowing grocery stores and other retailers to sell alcohol along with beer and wine inside existing stores by removing the law requiring a stand alone store? Why or why not?  Leaning no.  I think the current way we allow it to be sold is working fine.Recent surveys have shown teachers and parents are largely frustrated with the state’s public education system. What would you do to improve morale among teachers, education professionals, parents and students?  I have visited classrooms and found morale high. But we can always improve things.  Less testing and better testing is a start. Any way we can ease burdens for our teachers is something we should explore.

What do you think the state’s role in regulating rideshares like Uber and Lyft should be? How can the state help regulate the industry so both Uber and taxi companies can compete?  Hopefully we will find a balance that will benefit all Floridians. Usually everyone wins with competition.

What is an issue you wish received more attention? I have filed a bill to make it tougher for law enforcement to seize assets of those who have not committed a crime. It is called civil asset forfeiture and some say it can sometimes be abused by law enforcement. We want to have a bill that protects innocent civilians but still allow the police to go after bad guys.