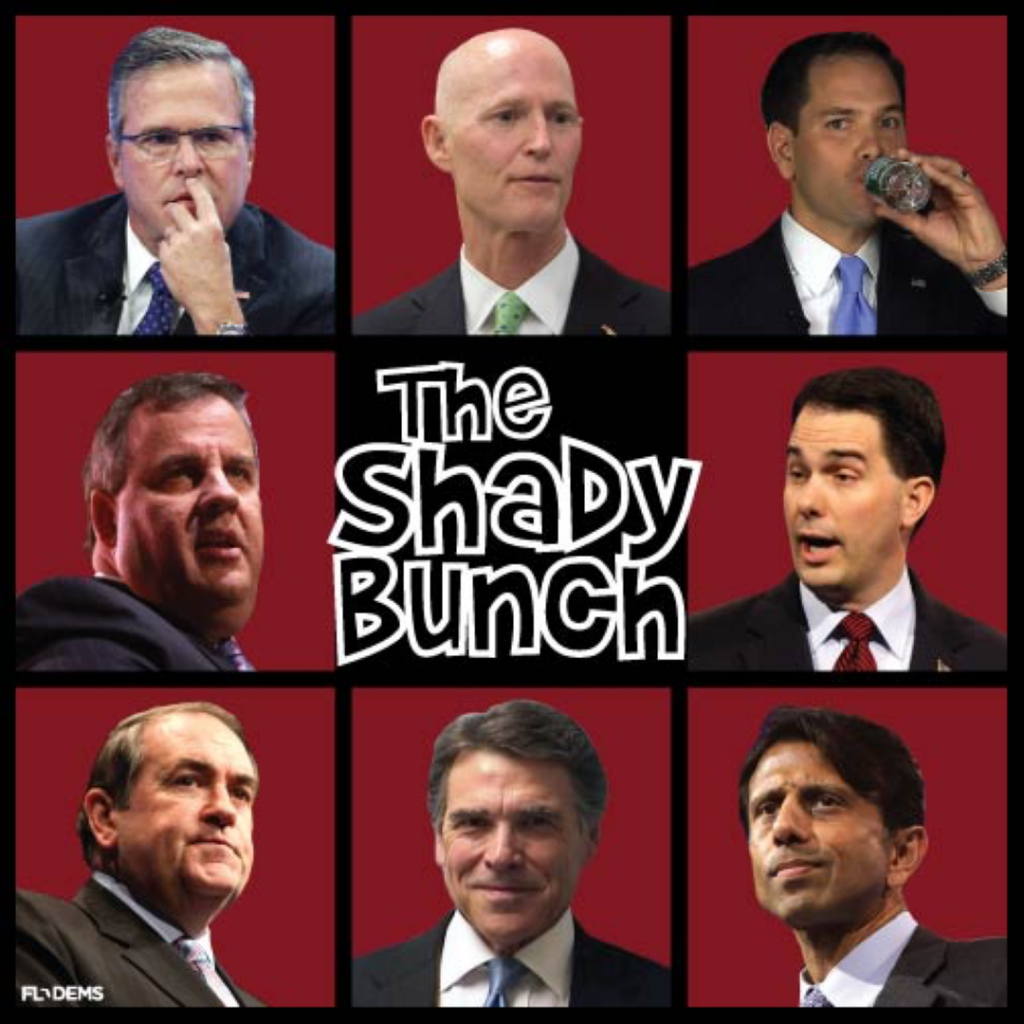 A number of Republican presidential or prospective candidates in the increasingly crowded 2016 GOP presidential field will visit Walt Disney World this week – something that surely will draw attention.

And that’s exactly what happened.

A new email from the Florida Democratic Party blasts the entire Orlando Economic Growth Summit – presented by the always unpopular Gov. Rick Scott – with a quick turn of phrase: “The Shady Bunch.”

While Scott is busy “failing to pass a budget or implementing socialist profit-sharing among Florida’s hospitals,” the email says, he is hosting a “self-aggrandizing pageant” with some of the Republican Party’s “most scandal-plagued presidential candidates.”

FDP doesn’t just target the governor, a frequent object of Democratic contempt whom they call a “record-breaking king of fraud and scandal.”

They go after all seven speakers invited the event, with a laundry list of troubles:

Jeb Bush – who made millions on corporate boards, many of them now under federal investigation or being sued by shareholders.

Marco Rubio – accused of living large on “Republican Party of Florida’s credit cards” as well as “double billed taxpayers on flights,” and a record of “sloppy bookkeeping as long as his friendship with David Rivera.”

Note: Because of a Senate conflict in Washington, Rubio won’t be in attendance. But when has a little thing like that ever stopped the FDP when it’s on a roll?

Scott Walker – the Wisconsin governor was implicated in a “criminal scheme” with allegedly illegal coordination with political groups.

Rick Perry – who faces two felony charges of coercion and abuse of official capacity as a public official.

Mike Huckabee – whose staff attempted to physically destroy state hard-drives and as many public records while leaving office in 2007.

And not to be left out …

Bobby Jindal – who ranks a “pity mention” for his “complete mismanagement” of Louisiana’s finances, resulting in a mid-30s voter approval rating in his home state.

Although the FDP email comes as no surprise – the progressive NextGen Climate is also actively protesting the WDW event – what the Democratic attack lacks in spontaneity, the “Shady Bunch” certainly makes up for it in creativity.