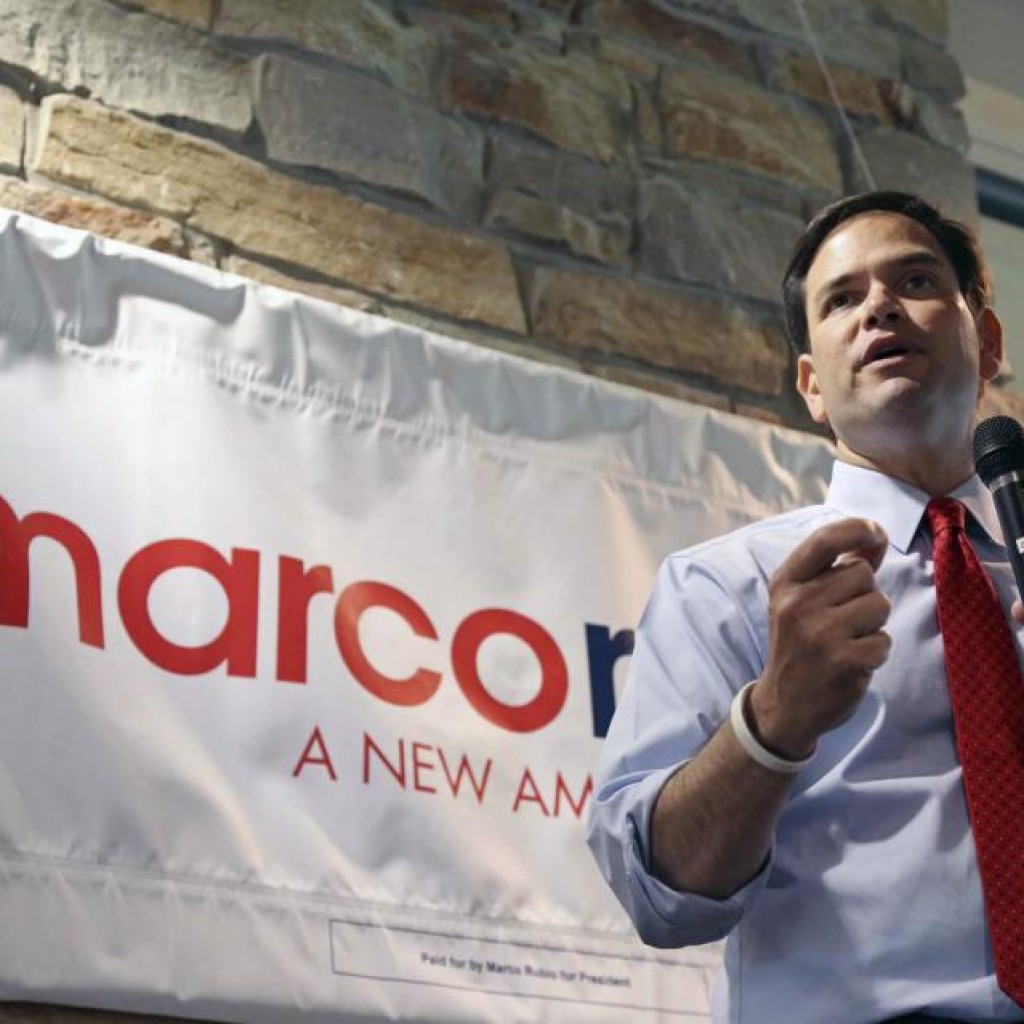 As the first presidential debate approaches, staged by Fox News, 10 top-tier Republican candidates are sure to be asked at least a few tough questions.

Hey, it could happen.

One such hopeful is Florida Sen. Marco Rubio, who could face grilling on his inconsistencies over a government crackdown on online gambling – and how it might connect to his relationship with Sheldon Adelson, the billionaire GOP donor.

Rubio had been courting Adelson, the casino owner, who spent $100 million in 2012 and expects to pay nearly as much in 2016. Adelson is also an aggressive opponent of online gambling.

Rubio has also said, on many occasions, that he opposes opportunities to expand other forms of gambling.

With the rise of Donald Trump in the GOP primary, himself a well-known casino magnate, regulated online gambling could be one of the first issues brought up in the debates.

Earlier this month, a Libertarian-leaning group pointed out Rubio’s inconsistent positions the free market and Internet gaming; particularly in his backing the Restoration of America’s Wire Act (S. 1668), which they believe will be used to expand the federal government’s powers to monitor the Internet. The Act seeks to roll back a December 2011 Department of Justice opinion on the Wire Act of 1961, a law banning transmission of wagers.

If passed, S. 1668 could effectively end online gambling in America, something Adelson has been actively pushing.

Campaign for Liberty, founded by supporters of former Republican Congressman Ron Paul, has launched a series of attacks on Rubio, one of the original sponsors of RAWA. They believe Rubio’s involvement is to sidle up to Adelson, who will directly benefit from the bill’s passage.

Rubio says he believes in individual liberty and limited government, Singleton added. On the other hand, he says, the senator supports allowing the government to “spy on your phone and Internet use without a warrant; force you to carry a National ID card containing sensitive biometric information; and make you subsidize his favorite crony capitalists.”

Campaign for Liberty opposes RAWA because it gives the government new powers for controlling and spying on the Internet, under the guise of stopping online gambling, something on the agenda of a “single billionaire casino mogul.”

Rubio’s explanation of his possible relationship between RAWA and Adelson – if asked – is just one of the things to look for as GOP candidates take the debate stage in Cleveland stage on August 6.

nextBlake Dowling: New laws and technology to protect you