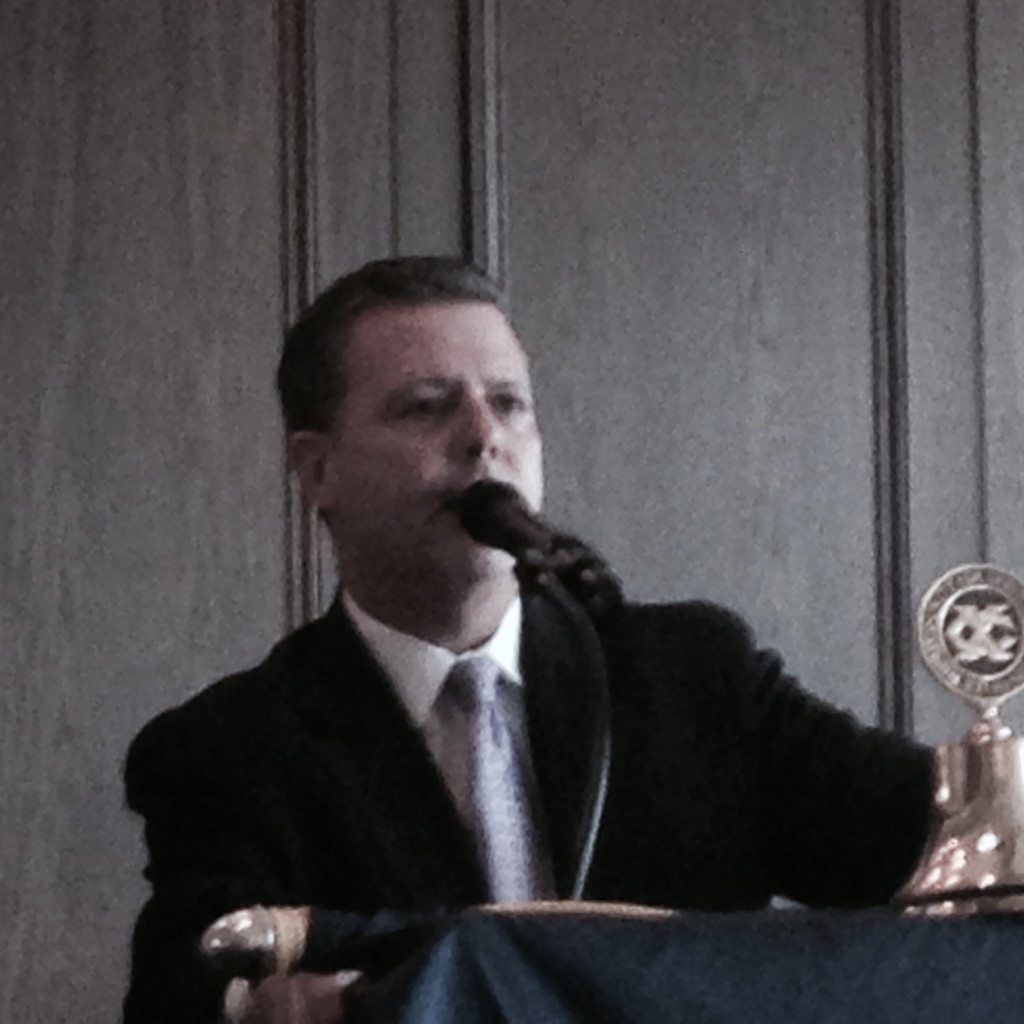 The first thing you would have seen walking into the Salem Center for the Monday Duval County Republican Executive Committee meeting would have been Raymond Johnson. You couldn’t have missed him. He stood directly across from the glass doors, with a poster board and a petition opposing Jack Webb, a candidate for GOP chair,. Objecting to his “Chicago Mafia style tactics,” and casting aspersions on his character.

Well, this tactic apparently proved controversial, if emails obtained by this news outlet are any indication.

Sharon Light, chairwoman of the Duval Republican Women’s Club, sent an email to former REC chairman Robin Lumb that summed up the matter as she saw it: “I was shocked to see Raymond Johnson handing out printed info defaming the character of a fellow Republican.  What does that accomplish? Is that an acceptable procedure at our meetings? I feel embarrassed for our REC. I know you are no longer in charge, but I value your opinion.”

Light got a response from acting chairwoman Karyn Morton.

“I’ve got to agree with you that Raymond’s actions were totally inappropriate. Had I been aware of what he was doing, I would have put a stop to it immediately. However, while many people saw what he was doing and a few people attempted to get him to stop. No one told me until after the meeting was over,” Morton wrote.

“Normally, anyone other than candidates would have to request permission to have a display or handouts, but … that just didn’t happen. I have had a long conversation with Raymond,” Morton continued.

“I hate to say this, but speaking to Raymond Johnson is useless. Several people have tried. His membership should be revoked from the REC, as it has been from another Club. How can we work as a unit, when we have this type of behavior? I am ashamed and embarrassed to associate with any club, group or candidate that he is involved with,” Light wrote.

Johnson, who will be hosting an appreciation of the Confederate Flag on Monday, under the auspices of an official Republican club, represents a very specific type of Republican. Thus far, the party itself has had very little in the way of commentary on this event. But as compared to issues like Obamacare or the Iranian menace, the party is quiet on this issue. Elected leaders, including the newly elected committeeman and secretary, along with chair candidates (except for Webb, the target of Johnson’s ire) are refraining from comment.

Well, ideas have consequences. Speaking at the Exchange Club luncheon at the University Club on Thursday, Webb laid out what those were, including a big drop off in membership numbers from the REC’s high point under Mike Hightower. The problem? The group opted to function as a “policy body,” rather than an executive committee.

Webb is running for chair, against Karyn Morton, Lake Ray, and possibly, Cindy Graves, who has “expressed interest.”

Positioning himself as an “agent of positive change,” Webb framed the personal attacks from Johnson as “reactionary, not conservative” and representative of the “fringe of the party.”

“Quite a few people came to my aid,” Webb added, yet “no chair had the courage to say stop it.”

This is a concern for Webb, because he sees 2016 as being the year that Duval County is pivotal in the winning the presidency. And he sees moderation in politics and presentation as the means to that end.

He spent time Thursday discussing how Mike Hogan lost the mayoral race by catering too much to the Tea Party wing. Webb noted that Lenny Curry didn’t make such a mistake, and the moderate Republicans came home to vote for him.

Webb’s perception, and that of some others, is that outreach would bring moderates back into party politics.

Thus far, the Curry administration is giving moderates no reason to have ballot box remorse. But there is a world of difference between the swing voters upon whom the May election pivoted and some of the REC diehards.

The gap between ideologues and pragmatists has been an issue in national Republican politics at least since the 1952 presidential competition between Robert Taft and Dwight Eisenhower. It’s part of the Republican experience. There likely is room under the big tent for all of them, provided they actually have common cause in being there. Resolving these internecine rifts will be their charge over the next few weeks.

And perhaps such resolution is doable. When Webb was asked whether he wants Johnson removed from the REC, he said that Johnson is “not the problem.”