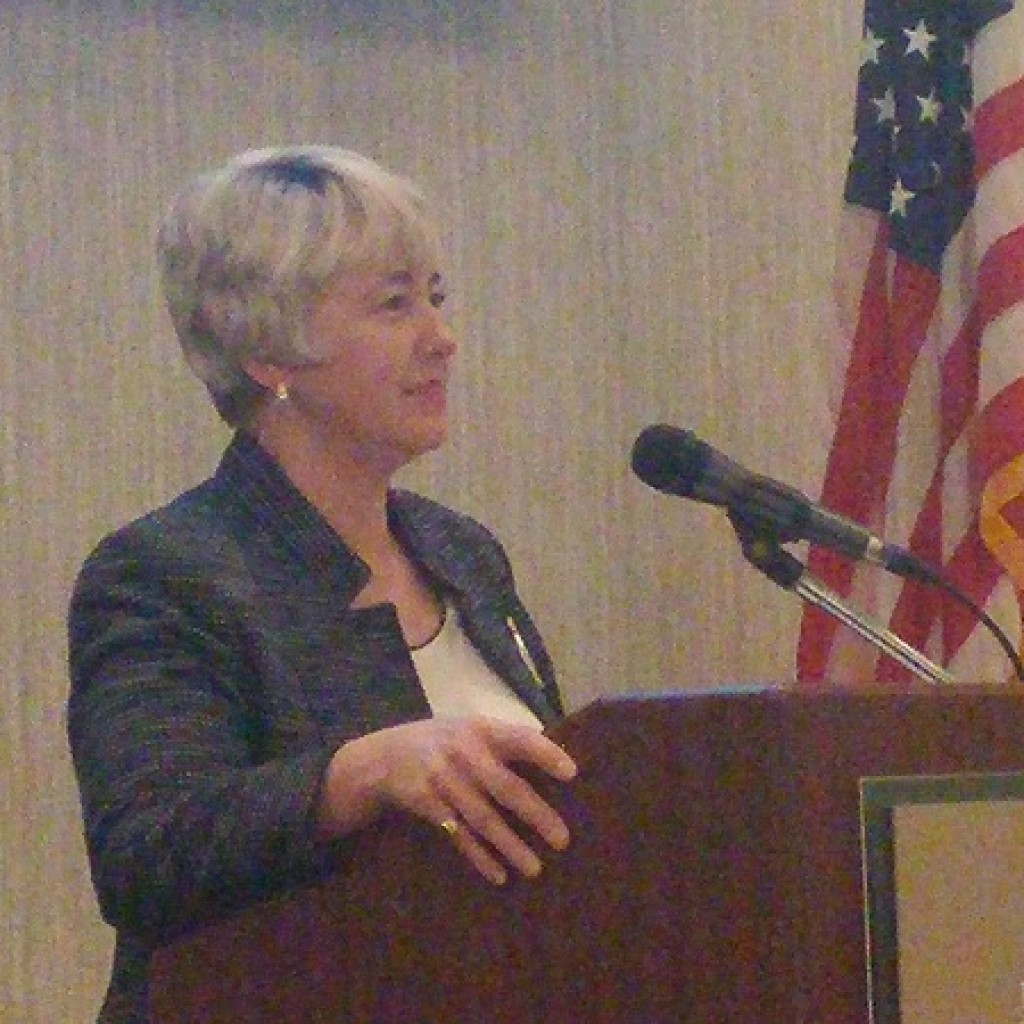 By turns funny and rueful, Houston Mayor Annise Parker urged Duval County Democrats to learn from her city’s recent bruising turn in the national spotlight over the routing of its “HERO” ordinance by not making the same mistakes of her administration.

The Houston ordinance was designed to protect individuals – regardless of age, gender, race, ethnicity, military status, religion, disability, sexual orientation, gender identity, marital status, pregnancy and several other factors – from discrimination in employment, housing and other sectors. It was first introduced to the public in April of 2014.

After revisions, it passed City Council in May of that year, but was only in effect for a few months before the the Texas Supreme Court said Houston either had to repeal HERO or place it on the November 2015 ballot. The council chose the latter option. Houston voters defeated the legislation by an overwhelming 62 percent to 38 percent.

Parker, an out lesbian, says supporters of the ordinance underestimated opponents’ claims that its gender identity protection clause would allow male sexual predators dressed as women to enter women’s bathrooms.

“Fear, once it takes root, can only grow. And a lie, repeated and repeated, sounds like the truth.”

This being a partisan Democratic gathering, Parker also tied the HERO measure’s defeat to the 2016 presidential hustings.

“Whether it’s Donald Trump or Ben Carson – don’t make the same mistake we made in Houston, and think this is just so crazy people won’t take them seriously.”

And noting that while same-sex marriage is now the law of the land, Parker said, “these HRO’s are now an opportunity for the right wing to vent. They’re frustrated, they’re angry, and stymied in the courts.”

Indeed, just as the Dems were amassing in the Hilton Doubletree ballroom to hear Parker speak, some were checking their smartphones to look at the postings of a local pastor, who was threatening to show up to the event in a wig and disrupt the affair as a form of protest (didn’t happen).

“This is Jacksonville’s scarlet letter,” he said.

With another “community conversation” on the matter set for Thursday, one called for by current mayor Lenny Curry, activists in the crowd of partisan Democrats seemed to be taking notes and (soon to be) counting votes.

nextHere is the INFLUENCE 100: The most influential people in Florida politics