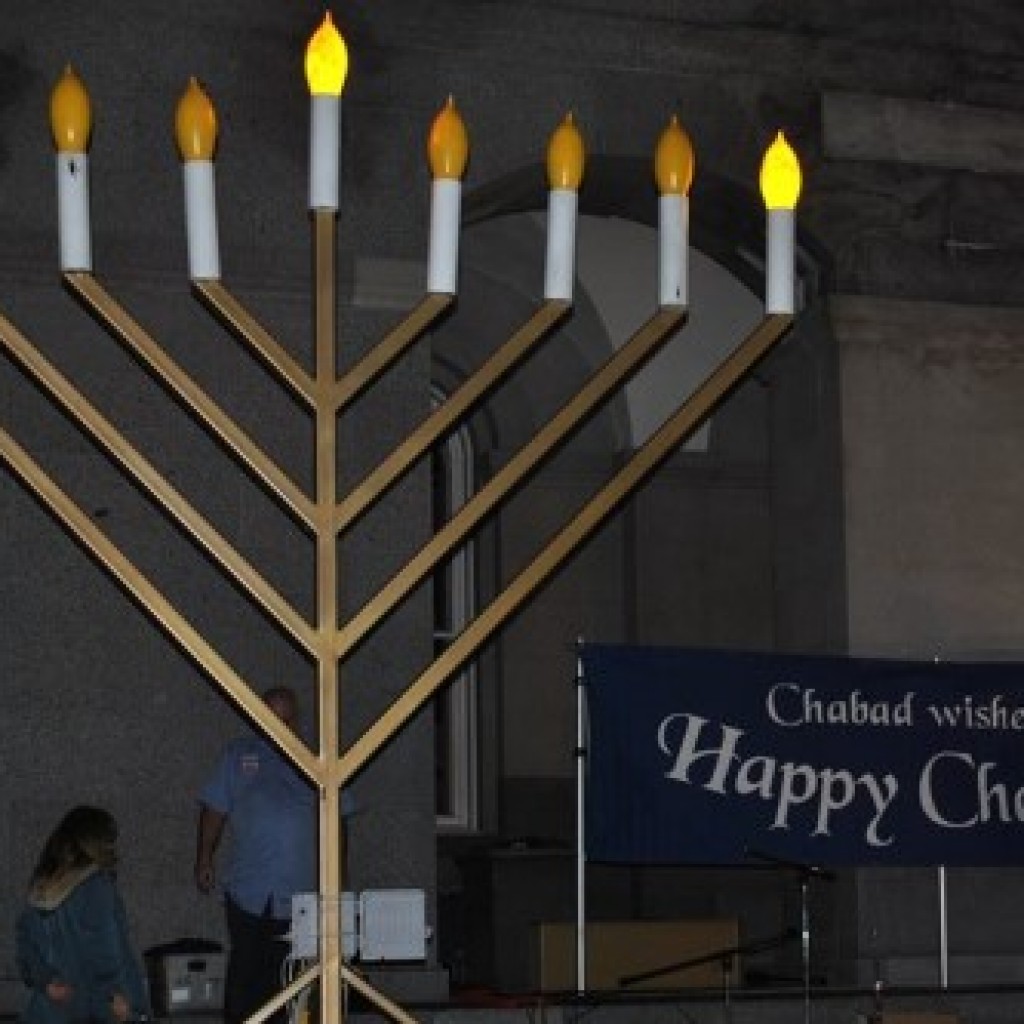 A rainbow-colored pole with a disco ball on top may not be the only holiday display in the Florida Capitol rotunda this season.

On Monday, a Department of Management Services spokeswoman said one other group had filed to place a display: Chabad Lubavitch of Tallahassee and FSU filed to place a 9-foot-tall menorah, representing the traditional nine-taper candle holder used during the Jewish festival of Hanukkah.

Hanukkah began Sunday evening and ends next Monday evening, Dec. 14. The application was not filed until this past Thursday and is being reviewed, DMS spokeswoman Natalee Singleton said.

It has been approved in prior years, however.

Pam Olsen, president of the Florida Prayer Network, on Friday said her group won’t seek to put up a Christian nativity scene because the annual controversy over various displays has become too distracting.

The display causing state officials the most heartburn was the cardboard diorama from The Satanic Temple. It included an angel figurine suspended by fishing line, falling from clouds made of cotton into flames made of construction paper.

The group has not refiled for consideration this year, according to Singleton.

The department had originally rejected the Satanic Temple’s diorama, saying it was “grossly offensive,” which nearly sparked a First Amendment lawsuit.

A Tallahassee woman who described herself as a “devout Catholic” later was arrested by Capitol Police and charged with criminal mischief after she tried to remove the diorama, though prosecutors later dropped the case.

As of Monday morning, the only other application for a holiday display is from South Florida blogger Chaz Stevens, who proposes the Gay Pride version of a Festivus pole. That application also is still under review.

In past years, Stevens was approved to put up a 6-foot-tall pole made of empty Pabst Blue Ribbon beer cans, meant to mark Festivus, the fictional holiday from a 1997 episode of “Seinfeld.”

“Our Gay Pride Festivus Pole is a jubilant, may I say happy and gay, celebration of SCOTUS’ recent ruling regarding same sex marriage,” Stevens said. “Also, at the same time, we’re raising awareness to the problem of young LGBTQ men and women who are bullied and harassed.”

Other displays in recent years, besides the more traditional menorah and Christmas tree, have included:

next"Six Words" to be shown on WJXT Saturday evening