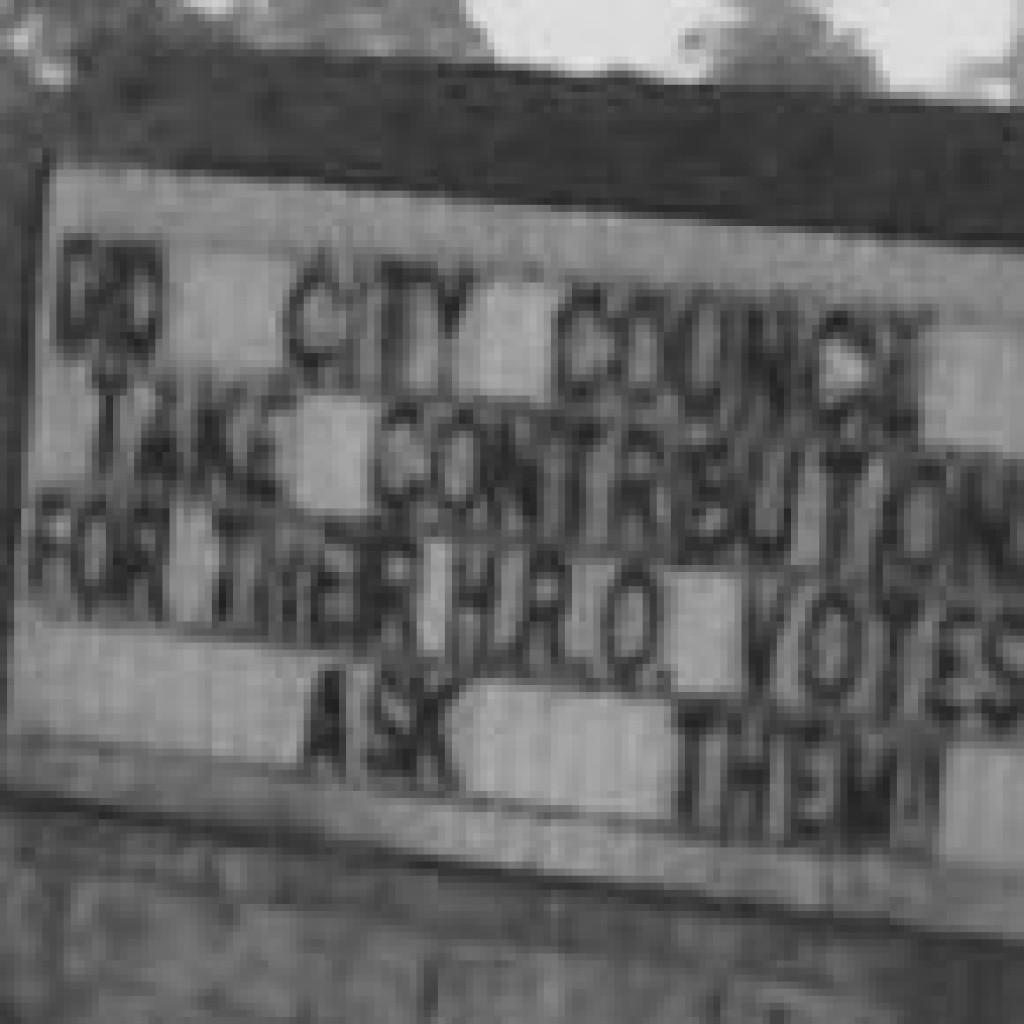 One of the principal opponents of the Jacksonville HRO expansion: Gene Youngblood of the First Conservative Baptist Church.

Youngblood, who posts provocative, politically messaged signs in front of his church, signs routinely lambasting Muslims, homosexuals, and others who run afoul of his interpretation of the Good Book, had another this week.

“Did Jacksonville City Council members receive contributions for their HRO votes? Ask Them!”

In a phone call with Youngblood, he said that the measure would benefit “2 percent” of society, that his church was creating a “City Council Wall of Shame,” and that he was on the third draft of an “open letter/media release” that would discuss the HRO referendum proposed by Councilman Bill Gulliford.

That letter, he said, would also address the question of whether or not Council members “received contributions for their future vote.”

Youngblood, instead of doing an interview, wanted to speak in epistolary form.

However, the catch: the letter had to be run in “full,” without “modifications or deletions.”

FloridaPolitics.com had no objection to that; that’s what Block Quote is for, and we let him know that condition was acceptable.

We provided a second assurance that we would abide by his terms. However, those looking forward to his letter, at least on our site, will be disappointed.

“Thanks for you response, however it does not give specific guarantees and or assurances that I need. Thanks anyway,” Youngblood wrote.

When it comes to Dr. Gene Youngblood and the HRO, a picture had better be worth 1,000 words.

Update: After this piece ran, Youngblood sent the following “condition.”

I / we (name of individual and or publication) hereby affirm that I / we will print, publish any letter, article or press release by Dr. Gene A. Youngblood “as is” in full text and context as written by author of article, or letter, without any modifications, additions or deletions.

Signed (your name and insert date)

Ironic that someone so unwilling to extend legal protections to the LGBT community is so legalistic when it comes to providing a simple statement.