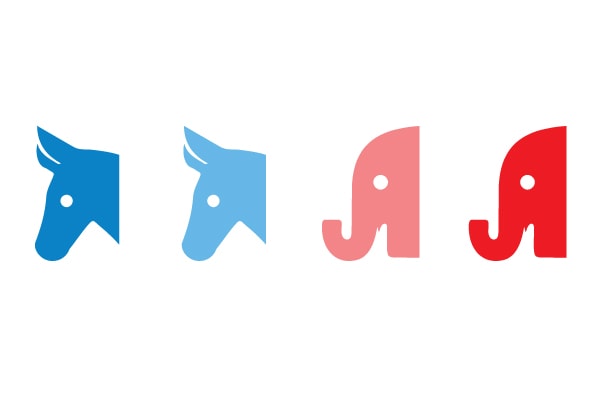 Florida legislative candidates, as well as political committees, had until Jan. 11 to report their campaign finance activity for the month of December. Now that the figures are in, here are 15 things I think I think about these latest reports. Thank you to LobbyTools for assembling much of the data relied on in this report.

House District 4 — One of the most competitive races in the state is in this North Florida seat, where the winner will all but be decided in the Republican primary. Okaloosa County Commissioner Wayne Harris appears to be the top dog, having raised $5,350 in December. That brings him to $71,212 overall. The other top candidate is Destin Mayor Mel Ponder, who raised $5,550, bringing him to $48,190 overall. Wednesday night, Ponder won the first straw poll taken in the race, a good indication of his grassroots support. The three other candidates in the race – Jonathan Tallman, Armand Izzy and Laurie Bartlett – struggled to raise money in December.

House District 5 — It’s hard to take seriously Bev Kilmer‘s bid to return to the House when she raises no money in December and only has $6,640 on hand. That pales in comparison with incumbent Brad Drake‘s $15,720 holiday haul. The Man from Eucheeanna has raised $122,020 overall. When does someone close to Kilmer start telling her she’s wasting her time?

House District 9 — One of the most closely watched matchups pits Democrat Loranne Ausley against Republican Jim Messer. Both camps are raising piles of money. Ausley added $5,600 in December, giving her $191,734 overall, while Messer raised $2,725 to bring his total to $79,938. The The GOP would like few things better than to steal this capital-centric seat from the Dems, so expect the arms race to continue.

House District 12 — Yes, Richard Clark is the front runner in this four-way Republican primary, but I don’t like that he hasn’t raised any money recently. He posted a doughnut for December, although he has raised $50,5000 to date.

House District 16 — Rumors of the demise of Dick Kravitz have been exaggerated. December was his second straight month of five-figure fundraising. The $10,025 haul brings the Jacksonville Republican’s total up to $59,150, against $3,864 spent. Still, Kravitz’s opponent, Jason Fischer, has an over 3-to-1 advantage in fundraising between his campaign account and his PAC, Conservative Solutions for Jacksonville.

House District 19 — The story here is that former RPOF Chairwoman Leslie Dougher is struggling to raise serious money. In December, she added only $1,102 for a $40,983 total. Meanwhile, Katherine Van Zant, wife of the term-limited incumbent, raised $21,906 for a total of $109,909.

House District 52 — What an interesting three-way race this is shaping up to be. Tea Partier Monique Miller raised $1,600 for a total of $24,475, but she is expected to rely more on her support from the right wing of the party than big-dollar donations. Recently filed Sen. Thad Altman has yet to report raising money. Altman needs to get started quickly because Brian Hodgers is a self-funding beast. He raised $207,175 in December, $200K of which came via Hodger’s wallet. Overall, he has $302,795 to work with, most of it loans.

House District 53 — Republican Randy Fine is one of the most financially successful people to run for the state House in a while, so it’s no surprise he’s having little trouble raising money for his race. The rumored House Speaker aspirant brought in $600 last month, bringing his total to $69,141. That’s not counting the $115K, he’s donated to his campaign. A source close to Fine’s campaign tells FloridaPolitics.com that Fine recently opened a political committee, Foundation for Our Children’s Future, with a $250,000 check.

House District 59 — In Tampa Bay, the race to watch is Republican Ross Spano versus Democrat Rena Upshaw-Frazier, who was recently ID’d by Ruth’s List as one of its top priorities this cycle. Spano raised $8,500 in December, giving him a $64,119 total. Upshaw-Frazier raised $1,820 in December. Her total is $48,471. In a presidential cycle, this seat could be primed for an upset.

House District 63 — Another Tampa Bay seat in play because it is a presidential cycle is HD 63, where two Democrats are facing off for the right to challenge incumbent Republican Shawn Harrison. Lisa Montelione once again outpaced her primary opponent Michael Reedy in December by raising $5,020. That gives her $14,313 total after two months of fundraising, making it likely that she will surpass Reedy by the time the next round of reports are filed, reports LobbyTools. For his part, Harrison had a blockbuster month, raising $31,700, pushing his overall total over the six-figure mark.

House District 68 — $9,500 raised may not seem like that big of a haul, but for Democrat Dwight Dudley, it’s one of his best months to-date. He’s now at $30,712, which is probably not enough to scare off a genuine Republican challenger. So far, though, the two Republicans in the race have raised a total of $80 between them.

House District 70 — Wengay Newton‘s brother, Will, may have lost a race for the St. Petersburg City Council in November, but the Democrat appears to be the front runner in the race to replace Darryl Rouson, even though he only raised $1,275 in December.

I’ll have 15 more thoughts about House campaign reports from candidates in southwest and south Florida in my next post.