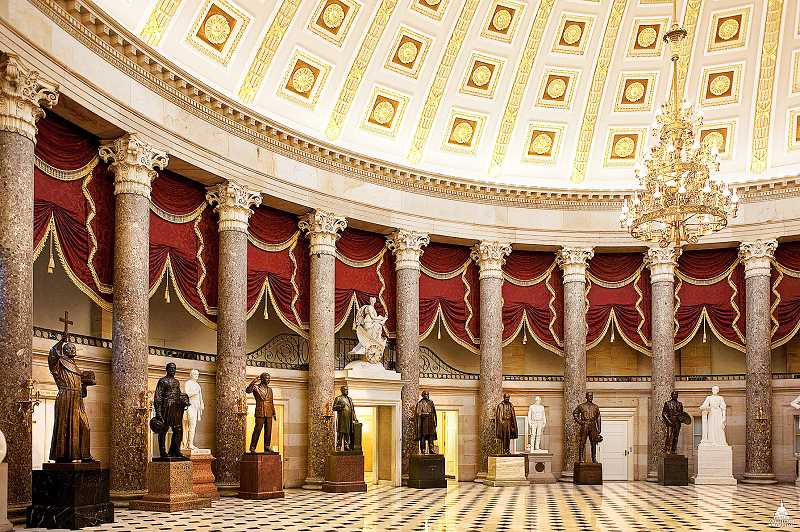 A bill that would remove the statue of Confederate Gen. Edmund Kirby Smith from Florida’s place in the National Statuary Hall Collection in Washington, D.C., advanced in the House Appropriations Committee on Thursday.

Momentum to remove Smith from the congressional collection began this past summer shortly after the South Carolina Legislature voted to remove the Confederate battle flag from its statehouse grounds. That seminal event took place after 21-year-old Dylann Roof went on a shooting spree in a black church in Charleston, South Carolina, killing nine black men and women. Roof had posed with a Confederate flag in photos.

That tragedy renewed focus on Smith’s likeness in the Capitol, with critics complaining that his statue was a symbol of Florida’s divisive past that should be retired.

Smith is one of two Floridians whose statues have been featured in the National Statuary Hall Collection, the other being John Gorrie, a pioneer in creating air conditioning.

Smith’s statue has been in the collection since 1922, but a 2005 law allowed states to replace their existing statues. Six so far have done so.

The legislation  (CS/HB 141) is sponsored in the Florida House by Miami Republican Jose Diaz. His legislation calls for the Ad Hoc Committee of the Great Floridians Program and the Department of State to recommend candidates to replace Smith and Gorrie.

In making his case for why it was time to remove Smith, Diaz eschewed any discussion of his role in the Civil War, and instead emphasized the 93 years that his statue has represented Florida in the hall. He somewhat bizarrely did so by mentioning a list of famous people who weren’t even born yet, including Bob Barker, Charleton Heston, Marlon Brando and George H.W. Bush.

“The world has changed since then, and there’s been a lot of great Floridians who have come through our state since 1922 that are worthy of consideration,” he told committee members.

Diaz’ bill lists no request for an appropriation.

Winter Park Republican John Wood voted for the bill, but said he had some unease because lawmakers don’t know at this time who would be replacing the statues of Smith and Gorrie. “I think we need to carefully consider the history of this great state and in making these changes that we move with very slow and calculating deliberation.”

Diaz says that while the Ad Hoc Committee will choose replacements for Smith and Gorrie, the Legislature will have veto power over those choices. They could decide to accept the two replacements, choose only one replacement, or keep things status quo.