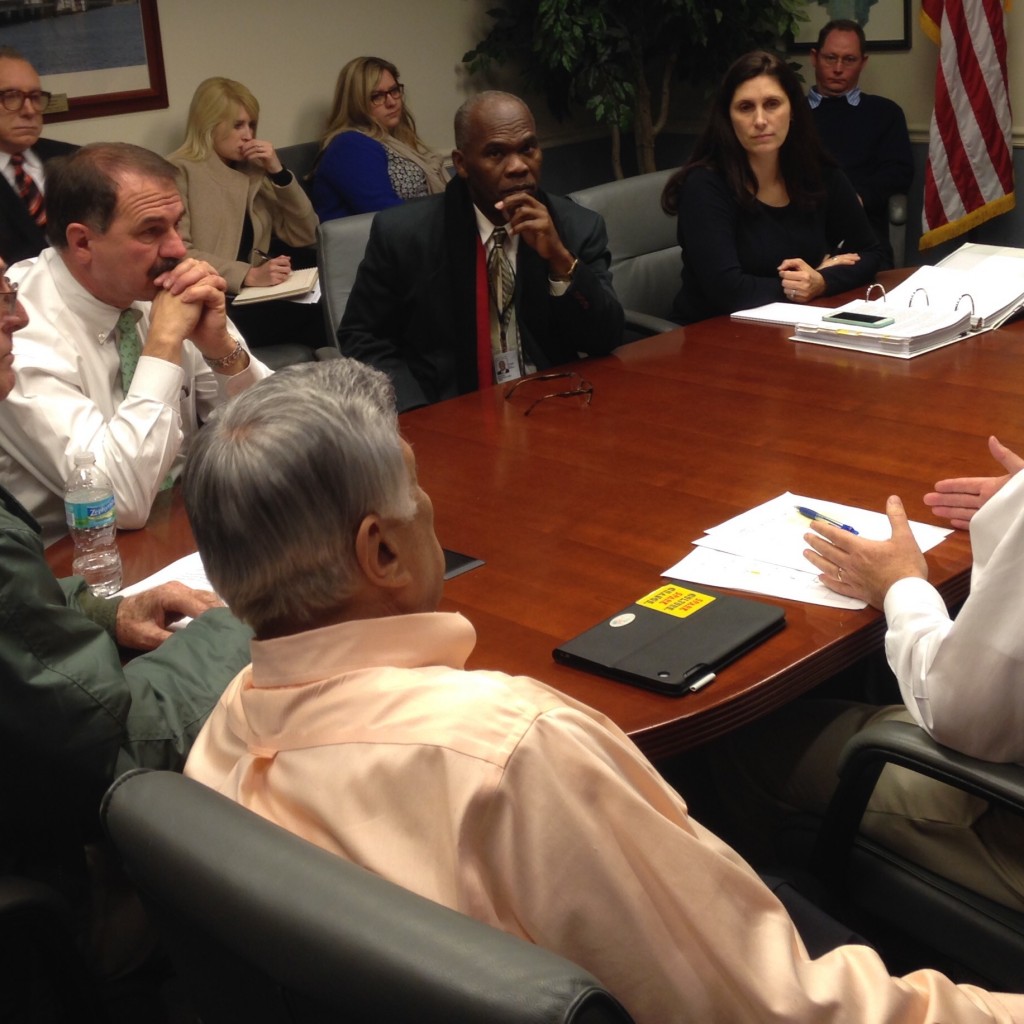 Councilman Aaron Bowman has leadership credentials that most in public life in Jacksonville don’t. Running the Mayport Naval Base for a couple of years gives you that command presence. Yet after the HRO public hearing in Jacksonville’s City Council Tuesday, Bowman showed leadership of a different type.

A type from the heart.

“You probably saw me with tears in my eyes,” Bowman said, adding that while he can’t speak to how others on Council responded to the often emotional personal testimonies of lesbian, gay, bisexual, and transgender people petitioning Council for an expansion of the Human Rights Ordinance, he knows they were listening.

To be sure, there were distinctly emotional moments. And many of them were provided by people too young to vote, such as the 17-year-old bisexual young woman, who described being terrified when she went to school, terrified of being thrown out of restaurants because she’s gay.

The question she posed: “Does it matter to you that this is going to affect not only me, but people younger to me?”

Speaking through a veil of tears, imploring Council to accept “unconditional love,” testifying how she cried seven times while listening to the speeches on the other side, she said that she supported 2016-002: the Hazouri and Bowman bill.

She cannot vote for the referendum.

And then, there was the 16-year-old transgender male, speaking through a cracking voice and tears, who spoke of being mugged on New Year’s Eve.

“I know I wasn’t just mugged by chance. I was called out by what I believe was a neighbor.”

A beating followed, by multiple assailants.

“I’m still horrified to walk around my neighborhood … and now I’m afraid to leave my own home.”

Another voice in support of Council making the decision. Because he’s not going to be able to vote in that referendum.

Council Vice President Lori Boyer, who is going to be Council President soon enough, has yet to take a position on the issue. Boyer, in her second term, notes differences between the 2012 debate and the one this year.

Among those differences: more transgender people speaking on the issue thus far now than four years ago, and fewer opponents speaking.

Although emails and correspondence from HRO opponents have been robust, Boyer noted that the distribution of speaker cards was even in 2012, and this year, “It’s not turning out that way.”

Whether that’s a function of better political organization among HRO expansion proponents, or changed attitudes, is an open question.

While some of the comments of the young people were “moving,” Boyer said, “I don’t think any legislation stops bullying.” That would include HRO expansion legislation, which addresses public accommodations, housing, and employment protections for LGBT people.

As compelling as those narratives were, they are matters of “civility and how we treat each other.”

Ultimately, Boyer apparently thinks that the real debate is about the language of the bills, and the ultimate influence of public comment is an open question.

When asked about the Jax Chamber’s support of a fully inclusive HRO (one which happened after robust internal debate on whether transgender people should be included), Boyer was “not really surprised” given the Chamber’s focus on the issue in the 2015 election.

Boyer notes that the Chamber position necessarily privileges businesses with a “large corporate structure,” “entities with internal policies [that are] asking the city to make that rule for everyone.”

Boyer notes that small businesses and their self-proclaimed advocates fall on both sides of the issue, and that many of the small businesses that favor HRO expansion are of the Riverside coffee shop variety.

Boyer has been “thinking through the nuances” of the issue, asking the General Counsel questions. But that’s nothing new for her.

“I’m thoughtful about any piece of legislation,” Boyer said, noting that a bill that “might sound like motherhood and apple pie” may have more complex policy outcomes.

Anna Brosche, who got a lot of cross-party support from people in favor of the HRO and opposed to the re-election of train-wreck Democrat Kim Daniels, lined up more with Boyer than Bowman in her comments.

“People are experiencing challenges in the community,” Brosche said of the debate, while acknowledging “passion on both sides.”

She was reminded of the 2012 debate; and regarding the Council’s disposition, after hearing personal account after personal account of an immutable, real life, day-to-day prejudice that affects the lives of LGBT people, she said this.

“I don’t know what anybody [else on Council] is looking for,” she said, regarding the debate.

“I’ll withdraw mine if you withdraw yours,” Hazouri said.

For Hazouri, the debate has become acutely personal as he’s faced personal attacks well-documented in the media.

“I’m biting my tongue when I see a guy like Raymond Johnson come up” to speak, Hazouri said of the anti-LGBT activist who talked on Tuesday night about a “homosexual manifesto” he distributed to Council.

Hazouri also took issue with the “pornographic” memes and images sent out by Brunswick clergyman Ken Adkins, which include depictions of Hazouri watching people using the bathroom and engaged in same-sex intimacy.

Boyer, meanwhile, noted that many opponents of HRO expansion have advanced the proposition that Council is in the tank for the bill.

“You have no idea what we support or don’t,” Councilwoman Boyer said about such statements.

The final answer to that question will, according to the schedule of meetings, be arrived at on March 3.