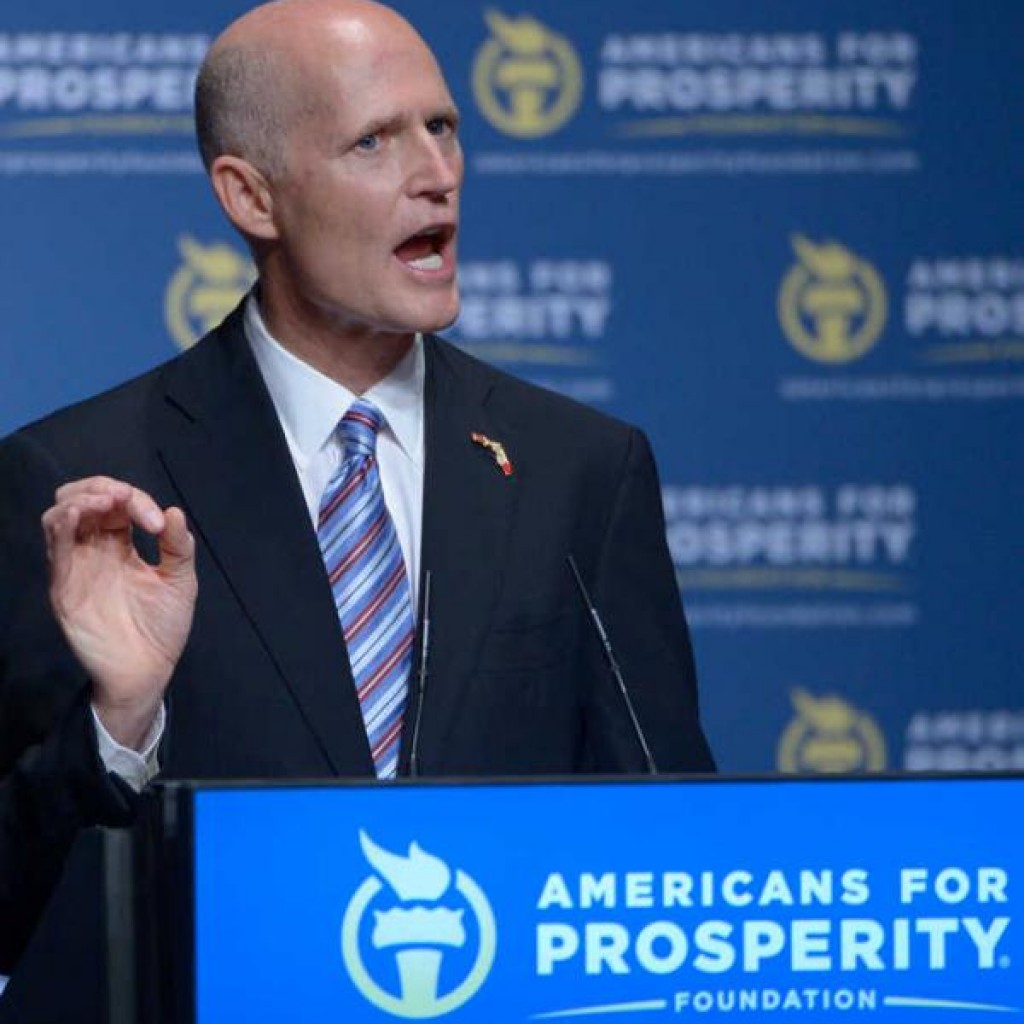 Americans for Prosperity-Florida, a Koch brothers-affiliated group, has at times gotten under the nerves of Florida Republicans with their intense advocacy on issues.

AFP-Florida raised the stakes Monday with a Web ad that calls Floridians to direct their lawmakers to oppose such economic incentive packages. The 30-second spot urges Florida voters to remind lawmakers “they work for you.”

That was too much for Bill Johnson, president and CEO of Enterprise Florida. He issued a statement Tuesday via the Governor’s Press Office, denying AFP-Florida’s claim that the governor is seeking corporate welfare.

“Governor Scott’s proposal would support Florida’s efforts to win competitive projects with a guaranteed return on investment to ensure taxpayer dollars are protected while helping grow jobs in our state,” Johnson said. “This fund would only invest state dollars in companies when they meet their job creation and capital investment requirements, while allowing Florida to compete with other states for major job creation projects.”

Johnson didn’t stop there, though. He cited a report by a group called Good Jobs First, which shows how Koch Industries has itself benefited from $196 million worth of incentive money from various governments that it purports to oppose.

“Koch Industries is willing to use taxpayer money to benefit their business, but opposing the Florida Enterprise Fund means they will not let small and growing businesses in Florida access incentive dollars,” Johnson said. “AFP should immediately suspend their campaign against the Florida Enterprise Fund, which would help small and growing businesses create jobs for everyday Floridians – not just corporate giants.  What’s good for the goose is good for the gander.”

AFP-Florida said it would not let those charges stand.

“AFP-FL has been consistent on this issue for years,” spokesman Andres Malave said. “We oppose corporate welfare subsidies across the board, regardless of industry. We will not give in to baseless accusations from quasi-governmental agencies looking out for their own dime. We fight for taxpayers! Enterprise Florida should better explain why the hardworking taxpayers of Florida should pay more and get less for their tax dollars.”
AFP-Florida contends that if the Legislature has $250 million to spend on “cash handouts for private businesses,” that the money is returned to taxpayers. It also questions the merits of the plan, saying that Johnson and Scott are selling the plan to legislators with the idea it will help small businesses and startups. However, AFP-F says 85 percent of Florida businesses are small businesses with less than ten employees, which under the plan are ineligible for incentive programs.
Scott’s proposal has support in the Senate, and is currently being debated in the House. The legislative session is scheduled to end on March 12.
AFP-Florida has also launched a direct mail campaign thanking House members who earlier voted against incentive proposals in different committees. It also sent mailers to people living in districts represented by senators who supported incentive proposals to inform residents of their vote.
Post Views: 46