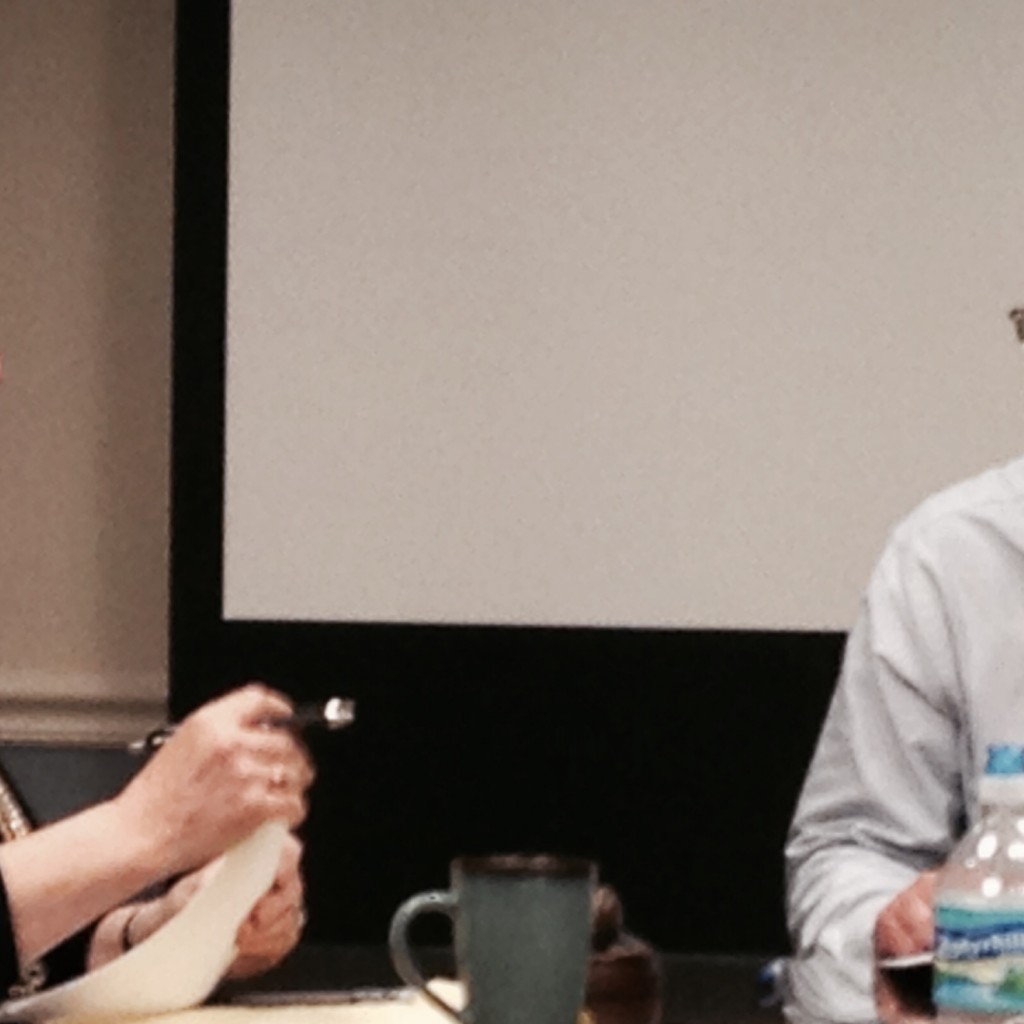 In what Anderson called “a world of increasingly different communication options,” in the context of keeping permanent records that comply with Sunshine Laws and avoid the embarrassing news stories regarding texting with lobbyists that dogged the Council last year, the desire of Council leadership is to find a way to retain texts.

The ideal, agreed Anderson and Boyer, would be a relatively automated solution, one that can index according to variables like name, date, keyword, and category (retaining legislative texts, but redacting, if possible, personal communiques).

One solution, which had been explored by Informational Technology Division in 2015, costs $4.50 a month per device, yet does not have the capability to exempt private communications.

Another ask, as VP Boyer put it: “simple, long term storage… [so that] we as individuals are not constantly worried” about variables such as the carrier changing its message retention policy.

The current “antiquated” process, Boyer said, involved screenshots of texts when public records are requested. Compounding the complication: while some Council members, such as Boyer, have a discrete cellphone for city business, others just have one cell phone for both purposes.

Text messages, even on a personal phone, can provide issues; as one meeting attendee said, the potential is there to get “caught up in a trap,” where “someone says something inappropriate”

Current ordinance actually mandates that a Council member cannot have a city issued cellphone, as years back packages were more expensive and billed differently.

One potential solution would involve tracking software exporting a .csv file of texts, filed by name, date, and other criteria.

To be explored: cost for the software solution, and the potential efficacy of city issued base level smartphones with the apps installed.

Expectations are that this could be explored more thoroughly as early as the next Council agenda meeting on Tuesday.