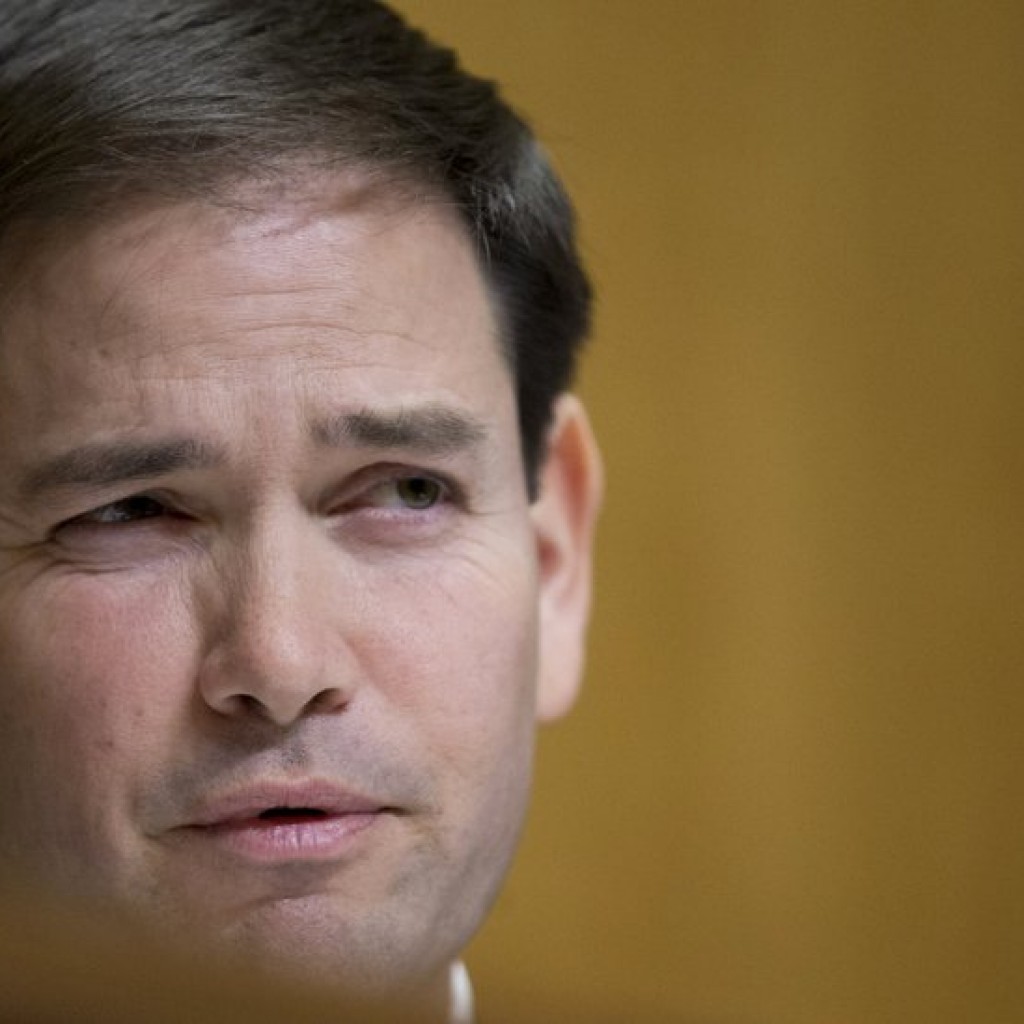 One of my favorite scenes from the seven seasons of The West Wing is when White House communications director Toby Ziegler attempts to resign after it was revealed he leaked classified information about a secret space shuttle. But President Jeb Bartlett was having none of that.

Bartlett: “What is that, the third one? Rip it up.”

Bartlett: “I can’t accept your resignation. I have to fire you. … For cause.”

This scene has been on my mind as Florida’s presidential primary approaches. The latest polling indicates that Donald Trump is leading Marco Rubio by two touchdowns, twelve points, or just outside the margin of error.

Tuesday’s election results brought Rubio more than an evening’s worth of bad news. The Washington Post’s Phillip Bump concludes this morning that “Marco Rubio’s campaign is basically over.“

It is so bad for Rubio right now that CBS News is joining CNN in reporting that there are internal discussions within Rubioworld that the junior U.S. Senator will drop out before Florida Republicans cast their ballots on Tuesday.

Rubio won’t drop out before Election Day. His ego is too big to allow for that.

But even if Rubio were contemplating dropping out, voters should not accept his “resignation.”

Florida voters need to fire Rubio. For cause.

What Rubio’s presidential campaign has revealed, among many shortcomings, is that he’s just as ill-prepared for the national stage as Charlie Crist, the opponent he defeated in 2010. It’s clear now, with Rubio’s busted amnesty plan and abysmal voting record, that he really has been no better a U.S. Senator than Crist or Kendrick Meek would have been.

Rubio has ran statewide in Florida once and it was during a Tea Party wave. Sunshine State voters have not had the chance to cast judgment on his time in the Senate.

But they will Tuesday. Rubio should not take that opportunity away from the voters.

If Rubio wins, even if he eventually loses to Trump, he will always be able to point to his victory in Florida. But if he loses, as I expect he will, he should — in whatever he does next — remember the exact margin by which he lost. He should burn that number into his mind and remember it when he attempts to resurrect his political career.

He should remember what the Tampa Bay Times Adam Smith said of him, that maybe he is the Republican John Edwards. He should remember that he did not have to descend to Donald Trump’s level by bringing penis-size innuendos into the campaign trail.