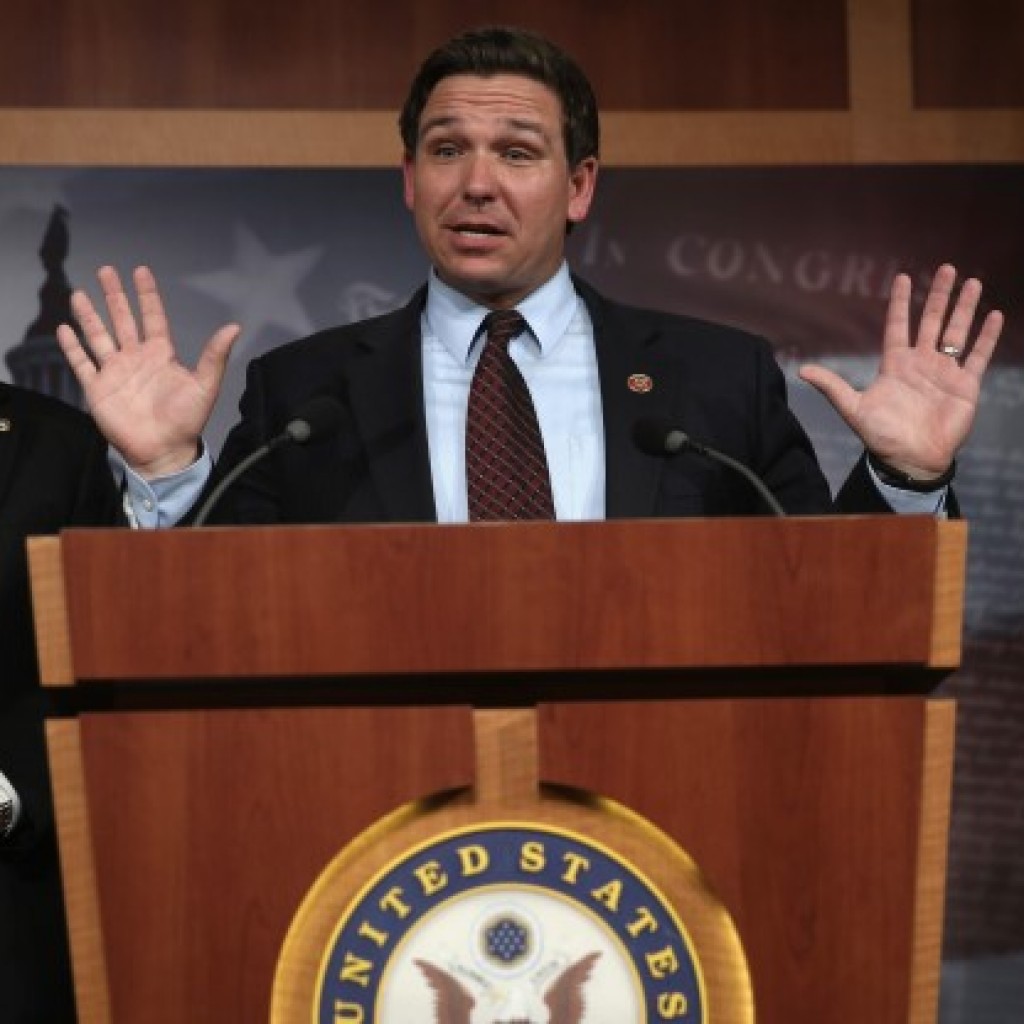 For Ron DeSantis, fixing the national debt is a cornerstone of his U.S. Senate campaign, as his rhetoric reflects.

The North Florida Republican has even gone so far as to decline his congressional pension after taking office.

Nevertheless, boasting a reputation as a “leading fiscal conservative in the House,” DeSantis doesn’t quite walk the same walk in his own campaign. As he frequently rails against the national debt, comparing a recent budget deal to “giving a shopaholic an unlimited credit card,” the congressman seems perfectly fine carrying a boatload of debt on his own.

Claiming to have the most money in the race, DeSantis has raised nearly $3 million so far and is bragging he is in the “strongest financial position” of all candidates in the contest.

“DeSantis has proven he’s the only candidate that can put together both the resources and grassroots support needed to keep this seat in Republican hands,” campaign manager Brad Herold recently told POLITICO.

An interesting comment, in light of the huge campaign debt incurred so far.

POLITICO Florida reports that nearly $100,000 is owed to direct mail vendors; $86,039 of it to Virginia-based Targeted Victory Funding, which provides website development and online marketing. As of the last reporting period, DeSantis added another $29,470.

Owing significant campaign debt can weigh down a campaign, sometimes for years. In 1984, Ohio Sen. John Glenn mounted his unsuccessful presidential campaign. However, Glenn didn’t finish paying off his debt until 2007, more than two decades later.

As a 2011 NPR report pointed out, “campaign debt owed to banks, credit cards or companies can’t be forgiven because that would be considered an illegal contribution.”

Of course, DeSantis is very vocal on the subject of “financial solvency.”

“The most predictable crisis that America faces is financial solvency. Over the past 15 years, the national debt has skyrocketed from less than $6 trillion to more than $18 trillion. The Obama-Boehner budget deal from October of 2015 puts America on the path to reach $20 trillion in just a couple of years. While the interest on the debt may be manageable with historically low interest rates, the government’s interest payments will skyrocket once rates move higher, which will crowd out government spending and lead to a debt crisis.

“Ron has consistently stood up against debt-busting budget deals and has earned a reputation as a leading fiscal conservative in the House. He will continue his work to tame the debt and to enact a balanced-budget amendment to the Constitution.”

Calling yourself a “taxpayer hero” by decrying massive debt is apparently much easier said than done, especially when vendors’ money is already in your pocket.

Financial solvency is a simple equation — pay your debts with the money you have.

nextThe bullying of a small town