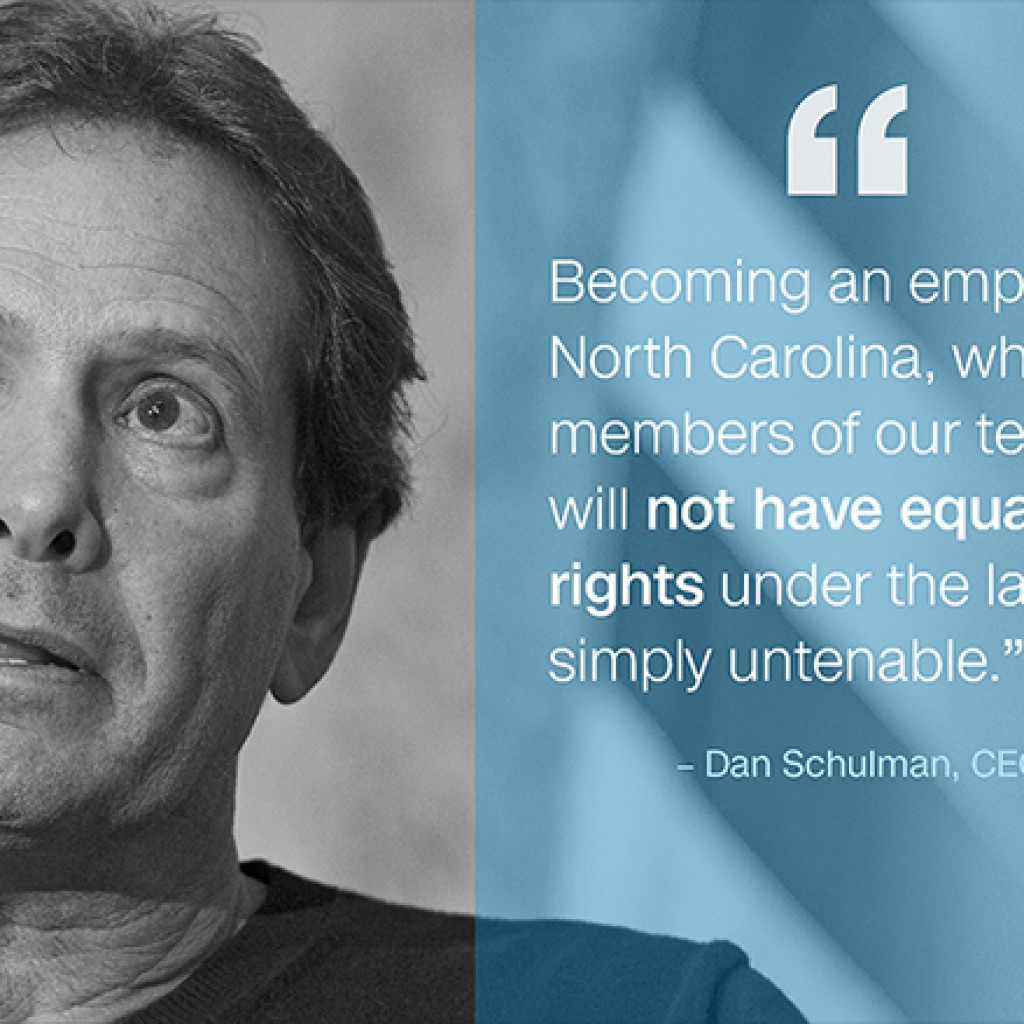 That’s what Bob Buckhorn hopes for, after PayPal announced on Tuesday that it was their canceling plans for a new operation center that would have employed over 400 people in Charlotte, North Carolina, citing that new law.

“The new law perpetuates discrimination and it violates the values and principles that are at the core of PayPal’s mission and culture,” wrote Dan Schulman, the President and CEO of PayPal.

Buckhorn seized on that announcement, going to Twitter to invite PayPal to bring their global operations center to Tampa.

Tampa is, & always will be, proud of our diverse community. We invite @paypal to open their global ops center here! https://t.co/91Xm6ZvQak

“We celebrate our diversity, it’s a strength, we honor the contributions of everybody. We don’t care (about) the God you worship, or who you love, that’s not important to us,” Buckhorn told WTVT-Fox 13 Wednesday morning.

“This is an opportunity to tell corporate America that we are open for business. This is a place that you want to do business. If you want to bring those 500 employees here, they will all be treated fairly, they will not be discriminated against based on who they love or any other reason, so I thought it was important as mayor that we get in that game and we tell that story.”

In February, the Charlotte City Council passed a non-discrimination ordinance that extended rights to the LGBT community. One of those rights covered by the ordinance was the ability of transgender members to use the bathroom of the sex they identified with. It was in response to that that the state government introduced House Bill 2 (HB2) to overturn the ordinance.

That bill, recently signed by North Carolina Republican Governor Pat McCrory (who is facing re-election), has set off a firestorm of protests from not just the LGBT community, but the business community.

Google, Apple, American Airlines, Marriott and Bank of America, which employs 15,000 people in North Carolina, have all blasted the law.

Buckhorn says he intends to go “aggressively” at any other company uncertain about continuing to do in business in North Carolina with regards to controversial new law.

Although the city of Tampa has always had a reputation for being a LGBT friendly city, that’s certainly hasn’t been the case with Hillsborough County, which encompasses Tampa.

For eight years, the county was on record as banning “gay pride” events, before that ban was repealed in 2013.

“We know that talent has no boundaries,” Buckhorn said on Wednesday morning. “To attract talent you cannot discriminate against anybody. And all I care about is building an economy here, creating jobs, and attracting world class talent, and you can’t do that if you discriminate against people, because they happened to be gay.”

PayPal did not respond to a request for comment this morning.