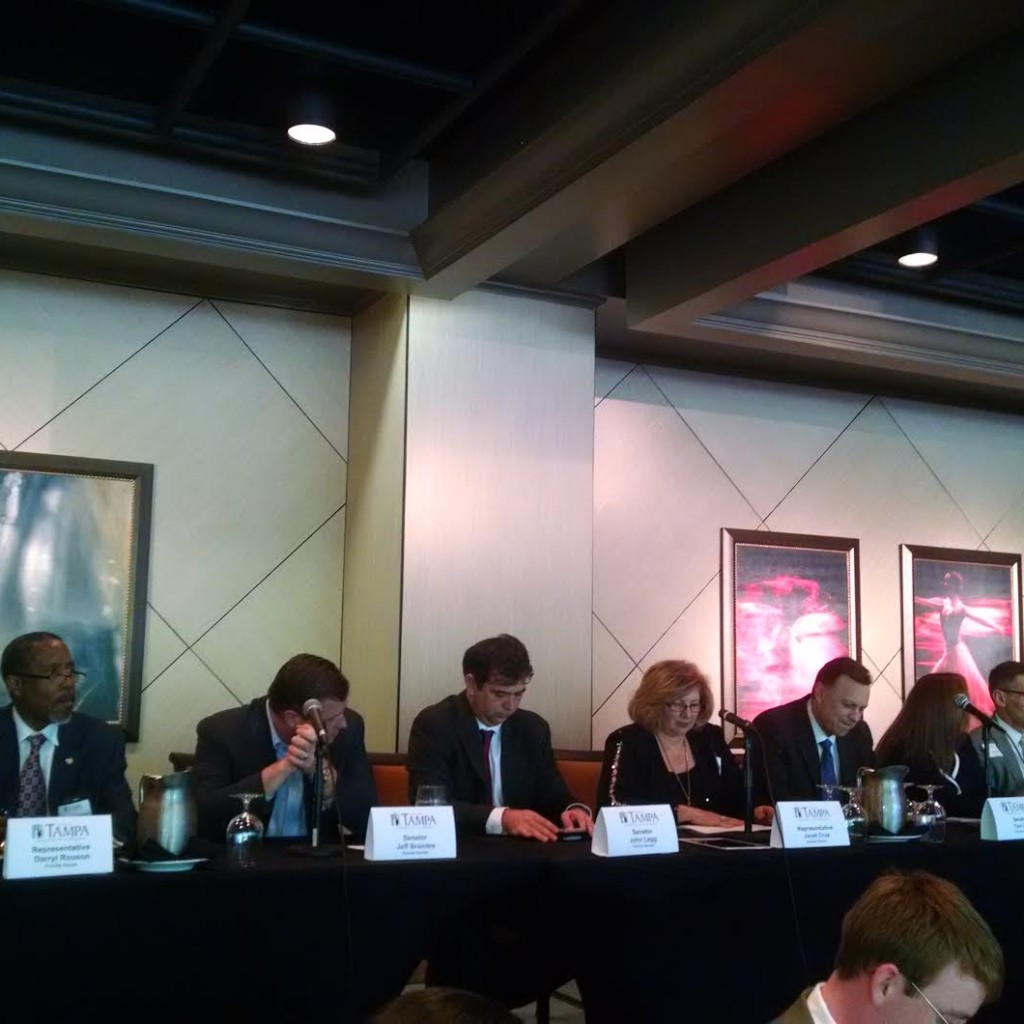 A mentally ill inmate who was in protective custody was found dead at the Columbia Correctional Institution on Tuesday, a day after a corrections officer was hospitalized in an attack.

It’s yet another black mark on Florida’s prison system, one that many say is overcrowded and underfunded. The Department of Corrections, though, insists those issues had nothing to do with the attack.

The Florida Legislature opted not to give the Department of Corrections the 734 additional positions that the agency said were necessary to make Florida’s prisons more secure during the just-concluded Legislative Session. The new jobs were part of an effort by the department to have corrections officers work eight-hour shifts instead of 12-hour shifts. The department has been reeling from a series of reports about issues such as contraband smuggling and abuse of inmates.

St. Petersburg state Sen. Jeff Brandes  says it’s time for a change in how the Legislature deals – or hasn’t dealt – with the issue. He vows to put his energy into taking a fresh look at the problem.

“We have a prison system with 100,000 prisoners in it,” he told the Greater Tampa Chamber of Commerce’s luncheon with the Hillsborough County Legislative Delegation at Maestro’s restaurant in Tampa on Friday. “We have a prison system that, if you go in today as a guard, you are likely not be employed there within a year,” he said, referring to statistics that say that one-quarter of all prison guards in the state don’t last a year, and nearly a third leave within two years. He also mentioned how guards only start out making $30,000 annually, and often are recruited to work in local sheriff’s departments at considerably higher pay, sometimes with signing bonuses attached.

“We have a problem with our prison system in crisis. Our prisoners are in crisis,” he said solemnly, adding that it was crucial for lawmakers and citizens to think about “separating those who we’re scared of, from those we’re mad at.”

Other issues that came up during the forum was the fact that Governor Rick Scott‘s top legislative priority of the year – a proposal to have the Legislature fund $250 million in economic incentive cash – did not get passed this year.

Senate Appropriations Chairman Tom Lee from Brandon said he supported the proposal, but said that too many other Republican lawmakers saw it as a form of choosing winners and losers, and could not get behind it.

Lee said that plan, as well as the governor’s call for a $1 billion tax cut, became less realistic once revenue estimates in January revealed that there was a $400 million reduction in general revenue from previous estimates. Added on was the state’s loss of funding for the Low Income Pool, or LIP, a joint state-federal program that helps some hospitals and clinics pay for treating uninsured and under-insured patients.

“Unless we come up with another way to draw down federal money, hospitals in the state of Florida are going to continue to be on their own, and we’re going to continue to have to invest GR (general revenue) money,” the Brandon Republican said. He added that another potential source of money faded with the inability to get a gaming compact signed this year.

“Frankly, we just didn’t have a billion dollars,” he said.

Tampa GOP Rep. Dana Young, who is now running for the newly created state Senate District 18 seat in Hillsborough County, once again expressed disdain at an unidentified state senator who she said singlehandedly thwarted a bill that would have provided a regulatory framework for ridesharing companies Uber and Lyft.

“It passed the House unanimously, so I just want you to know, it wasn’t ‘the Legislature,’ it wasn’t us not doing our jobs, it was a procedural issue and that is something that could have saved a lot of trouble here in Hillsborough County, a lot of drivers getting tickets, and I just wanted you to know the rest of the story.”

During the Session, Uber specifically put the onus on Senate President Andy Gardiner for the bill’s lack of progress in the Senate.

And Tampa Rep. Janet Cruz made a pitch for more funding for community colleges, generating cheers from the business community. “This is your work force,” she said, specifically alluding to Hillsborough Community College, which did receive $65 million from the Legislature. “These are the people who live in Tampa, and stay in Tampa that will go from HCC to USF and stay at home and help their families. So that’s an area where we can do better.”