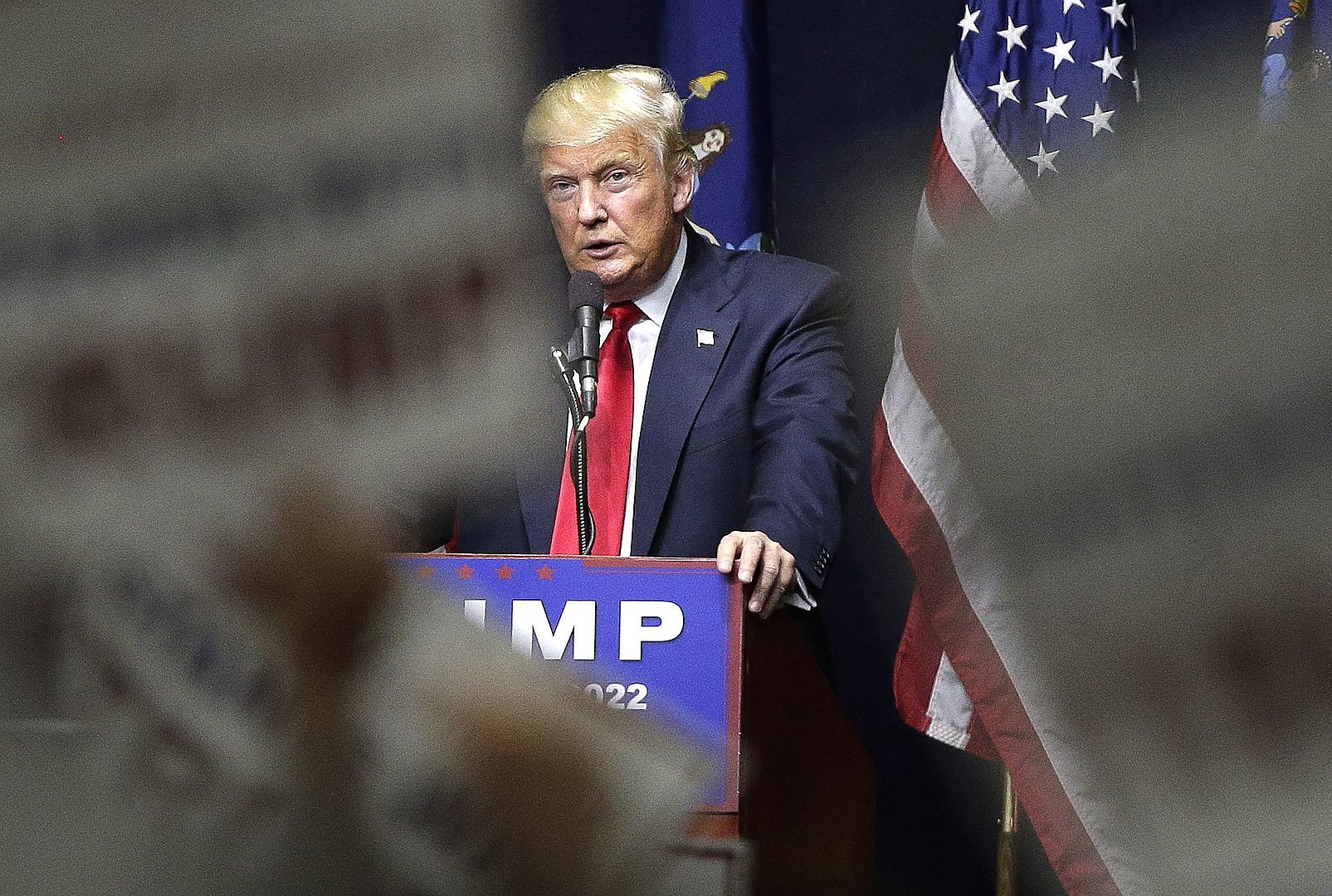 On May 18, 2016, Republican presidential nominee Donald Trump releases a list of 11 judges that he would “most likely” use to select his appointees to the Supreme Court.

The list of 11 names included 11 whites and eight males. Six of the 11 were appointees of George W. Bush, and the other five are currently serving on their states’ supreme court.

The average age of the potential nominees is 50, compared to the average age of 68.75 on the current court. The youngest nominee is David Stras of the Minnesota Supreme Court. Stras, if nominated, would be the youngest candidate put forward for the court since the FDR administration.

The response to Trump’s list of potential nominees was as expected. On the political left, Nan Aron of the Alliance for Justice Action Campaign, said the nominees “reflect a radical-right ideology that threatens fundamental rights.”

Ilyse Hogue, president of NARAL Pro-Choice America, called the list “a woman’s nightmare,” and said the judges would overturn Roe vs. Wade.

Conservative attorney John Woo praised Trump for starting to unify the party. “Everyone on the list,” noted Woo, “is an outstanding legal scholar.” Woo called the selections a Federal Society all-star list of conservative jurisprudence.”

Carrie Severino of the Judicial Crisis Network, said the nominees have “a record of putting the law and Constitution ahead of their political preferences.”

The Trump campaign said the list was “compiled, first and foremost, based on constitutional principles, with input from highly respected conservatives and Republican Party leadership.”

The following is a quick summary of Trump’s potential nominees to the Supreme Court:

Raymond Gruender: Appointed to Court of Appeals for 8th Circuit by George W. Bush in 2004. On the Heritage Foundation list of possible conservative Appointees to the Supreme Court.

Thomas Hardiman: On the Court of Appeals for 3rd Circuit since 2007. Appointed by George W. Bush and unanimously confirmed. Clerked for Antonin Scalia.

Raymond Kethledge: On the Court of Appeals for 6th Circuit since appointed by George W. Bush in 2008. Clerked for Justice Anthony Kennedy.

William Pryor: On Circuit Court of Appeals for 11th Circuit since 2004. On Heritage Foundation list of conservative appointees to the Supreme Court.

Diane Sykes: On Circuit Court of Appeals for 7th Circuit since 2004. Previously on the Wisconsin Supreme Court. Ex-wife of conservative radio host Charlie Sykes, who was an outspoken critic of Trump during the campaign.

Don Willett: Appointed to Texas Supreme Court by Rep. Governor Rick Perry in 2005. Willett was a frequent Twitter critic of Trump during the campaign. Among his Tweets: Can’t wait till Trump rips his face Mission Impossible-style & reveals a laughing Ruth Bader Ginsburg. (Aug. 27, 2015) Low-energy Trump University has never made it to #MarchMadness. Or even the #NIT. Sad! (March 15, 2016) We’ll rebuild the Death Star. It’ll be amazing, believe me. And the rebels will pay for it. (April 8, 2016)

Whenever lists are announced, there is an interest in both who is on the list and who has been left off. Missing from Trump’s list of possible court nominees are Judge Brett Kavanaugh of the DC Circuit Court and former Bush Administration Solicitor General Paul Clement. Both Kavanaugh and Clement appear on most lists of conservative court nominees.

First, it is an attempt to solidify support among the Republican base, in particular among those who are skeptical of Trump’s conservative credentials.

Second, Trump may be trying to show he is open-minded by selecting several individuals who clearly were not Trump supporters during the campaign.

Finally, several of Trump’s nominees come from battleground states such as Colorado, Minnesota, Michigan and Texas that Trump needs to win if he hopes to get elected.

Although many conservatives and Republicans were pleasantly surprised by the names on Trump’s list, some are still skeptical. Conservative writer Charles Krauthammer noted that Trump said that nominations “would most likely be from the list.”

“Most likely” leaves too much wiggle room for many of Trump’s critics, who note he has flip-flopped on many issues during the campaign and, sometimes, on the same day.