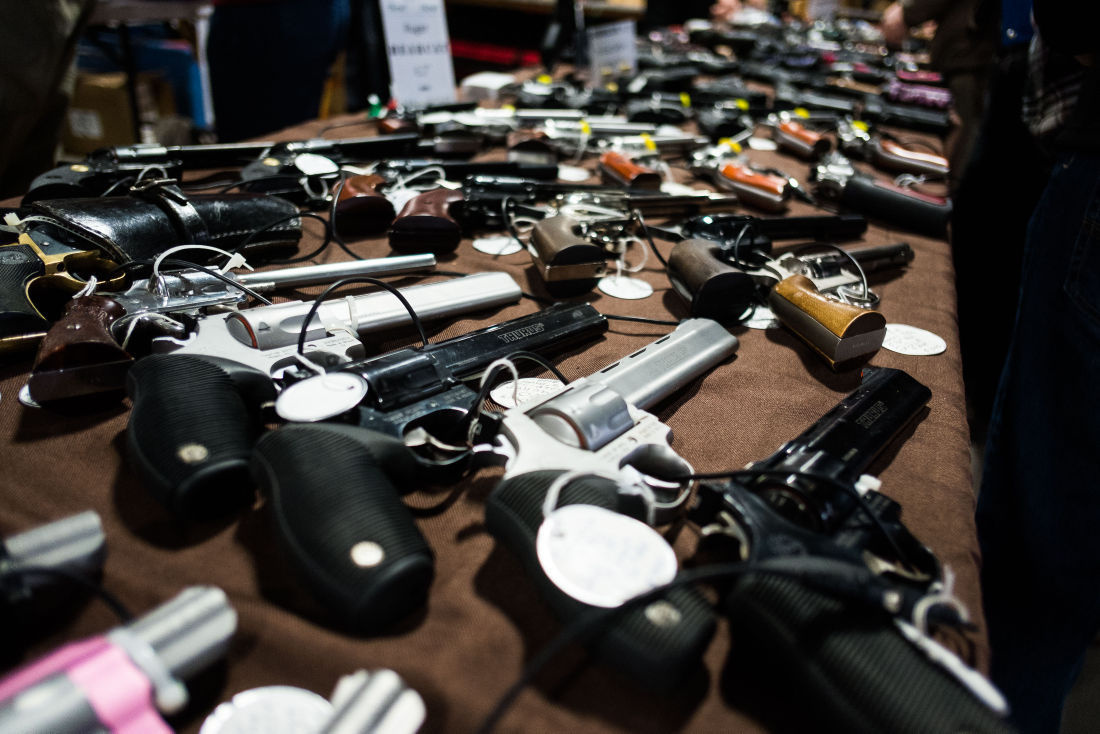 I have a blended family.

Some of us own guns — lots of guns. Some of us don’t own any. There are shotguns, hunting rifles, revolvers and semi-automatic pistols among the weapons we own. Nobody in my blended family owns an “assault weapon,” as far as I know.

Here’s another thing about my family: Two of us have been shot and killed. It was a murder-suicide nearly 20 years ago.

And here’s an ironic thing: The deaths came in the non-gun-owning branch of the family.

That fact has not made me less passionate about gun control. I don’t see any reason for those assault weapons. The crime rate might not have declined during America’s assault-weapon ban. But the goal would not be to stop the criminal who robs a grocery store from using an assault weapon — most don’t anyway. The goal would be to make it harder for the criminal who massacres people in an Orlando gay club from getting his hands on an assault weapon just days before his attack.

That kind of killer, it seems, adores assault weapons.

If you just make him settle for killing fewer people, that’s something. Right?

Oh, and I’m for the toughest, most comprehensive and most thorough background checks you can have, too. You won’t catch everybody, but you should catch everybody you can. It’s a crime we’re not doing that.

Still, I know from bitter experience that even people who can’t legally buy guns can get guns. The murder-suicide in my family was carried out with a stolen gun (in fact, the gun was stolen from a juvenile court judge who kept it to protect his family).

My family’s tragic experience teaches something else. Even if you know somebody suffers from mental illness, and you get them all kinds of help, they still can get their hands on a gun and start killing. The shooter in our family was sick, and everybody knew it. Treatment just didn’t work. I like to think other families have more success.

Another tip: Keeping dangerous people locked up helps. The shooter in our family should have been in jail or a locked mental facility. A late-night judge without access to his whole record let him out, with disastrous results.

And one last thing: The folks in my family who own guns — for hunting and for protection — are some of the most careful, stable people I know. Personal responsibility is a huge part of gun safety. (I just hope I’m not jinxing them.) I wouldn’t want to take away their guns or the guns of any folks like them. None of the gun control restrictions I favor would deprive any of them of their guns.

The tear-your-hair-out problem is setting up a system that can separate the knowledgeable, careful gun-owners from the ones who are going to leave loaded guns around for kids to play with. Or get a little drunk and pop the annoying neighbor for playing her music too loud again. Or have one-too-many fights with the cheating spouse and decide that the only tolerable love triangle is a dead love triangle.

Being able to foresee the future sure would help.

With guns, guys, there are a whole lot of things that can go wrong.

But what do I say to my family member — a recent widow— who keeps a handgun so she can feel safe in her too-empty home? Yes, an intruder might take the gun and use it on her. Or, she might blow him away before he can hurt her.

There are simple things you can say about guns. Most basically, they shouldn’t be used to kill innocent people. And we should do what we can to keep them out of the hands of bad people.

Don’t expect to find a simple, practical, foolproof way to make those simple truths become true in reality. But don’t use that as an excuse to quit trying.

That’s what I’ve learned from my blended, wounded family.

Jac Wilder VerSteeg is a columnist for The South Florida Sun Sentinel and former deputy editorial page editor for The Palm Beach Post.

nextKelly Cohen: This is my Orlando