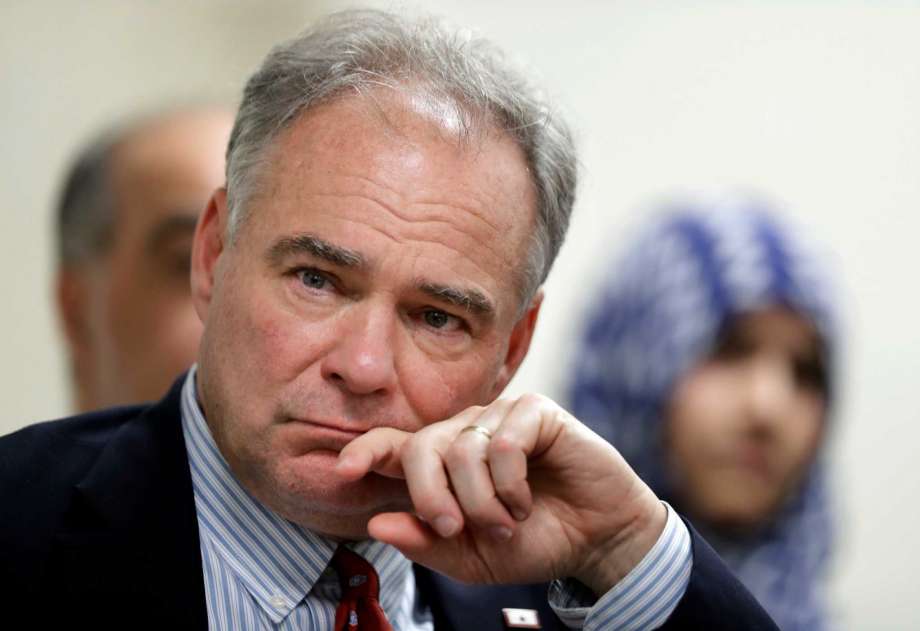 Virginia Sen. Tim Kaine has emerged as the leading contender to join the Democratic ticket as Hillary Clinton‘s running mate, according to two Democrats, who both cautioned that Clinton has not made a final decision and could yet change directions.

The announcement of Clinton’s pick could come as early as Friday afternoon in Florida, a crucial general election battleground state. The timing is aimed at shifting attention away from the end of Donald Trump’s Republican convention and generating excitement before the start of Clinton’s own convention next week in Philadelphia.

Kaine, 58, has been a favorite for the vice presidential slot since the start of Clinton’s search process. He has been active in the Senate on foreign relations and military affairs and built a reputation for working across the aisle as Virginia’s governor and mayor of Richmond.

“I’m glad the waiting game is nearly over,” Kaine told reporters Thursday after an event in northern Virginia, deflecting questions about whether he was about to join the ticket.

Agriculture Secretary Tom Vilsack, a longtime friend of Hillary and Bill Clinton, is still in the mix, according to one of the two Democrats, who is close to the Clintons. Both Democrats are familiar with the selection process and spoke on the condition of anonymity because they were not authorized to discuss it publicly.

Kaine’s selection would not be without complication. Liberals have expressed wariness of Kaine for his support for free trade, including the Trans-Pacific Partnership — which both Clinton and primary rival Bernie Sanders oppose. They also note that Kaine recently signed onto a letter asking for less burdensome regulation of regional banks.

If Kaine was selected for the ticket, Virginia Gov. Terry McAuliffe, a Democrat and ally of the Clintons, would choose a temporary replacement, but the race for the remainder of Kaine’s term would take place in 2017, raising the possibility that Republicans could win the seat.

Vilsack is the longest-serving member of President Barack Obama‘s Cabinet and has known Clinton for years. He first met her through his late brother-in-law, who worked with Clinton on the Watergate Committee in 1972, and she campaigned for Vilsack in 1998 during his surprise victory as Iowa governor.

If he was added to the ticket, Vilsack could help Clinton in Iowa and connect with rural America. He also has a compelling personal story: He was orphaned at birth in Pittsburgh and his mother struggled with alcohol and drug addiction. He was traveling in Missouri this week to discuss the perils of drug abuse and the opioid epidemic.

Clinton opens a two-day campaign swing Friday in Florida. She’s expected to unveil her running mate at either a Friday afternoon rally at the state fairgrounds in Tampa or at a Saturday event at Florida International University in Miami, where two-thirds of the student body is Hispanic.

The two locations give Clinton’s campaign the flexibility to make the announcement at the most optimal time. The campaign is expected to first inform donors, volunteers and activists by text message and has been encouraging supporters to sign up for such an update.

After the convention, Clinton and her vice presidential choice will depart on a campaign bus tour, reminiscent of Bill Clinton’s “First 1,000 Miles” tour with Al Gore after the party’s 1992 convention.

Kaine is a former chairman of the Democratic National Committee and worked as a lawyer on fair housing and civil rights issues. He has been considered a leading vice presidential contender for weeks based on his broad political experience in Virginia, another presidential battleground.

“One of the main reasons that I’m being considered is because of Virginia,” Kaine said. “It’s not necessarily just because of me. It’s because Virginia is really important.”

The Virginian is seen as a safe choice against Trump and his running mate, Indiana Gov. Mike Pence. Kaine could help Clinton woo moderate voters who have been turned off by Trump’s provocative rhetoric.

Kaine campaigned with Clinton last week in northern Virginia, where he spoke briefly in Spanish and argued that Trump was unqualified, untested and untrustworthy.

Kaine took a year off from law school as a young man to work with Jesuit missionaries at a vocational school in Honduras. His friends have described him as someone steeped in his convictions and his Roman Catholic faith.

He and his wife, Anne Holton, are longtime members of Richmond’s St. Elizabeth Catholic Church, a predominantly black congregation in a poor part of town. A native of Kansas City, Missouri, Kaine moved to Virginia after meeting Holton at Harvard Law School.

She currently serves as Virginia’s secretary of education and is the daughter of former Virginia Gov. A. Linwood Holton Jr., a Republican. The couple have three children; their eldest son, Nat, is serving as a Marine.