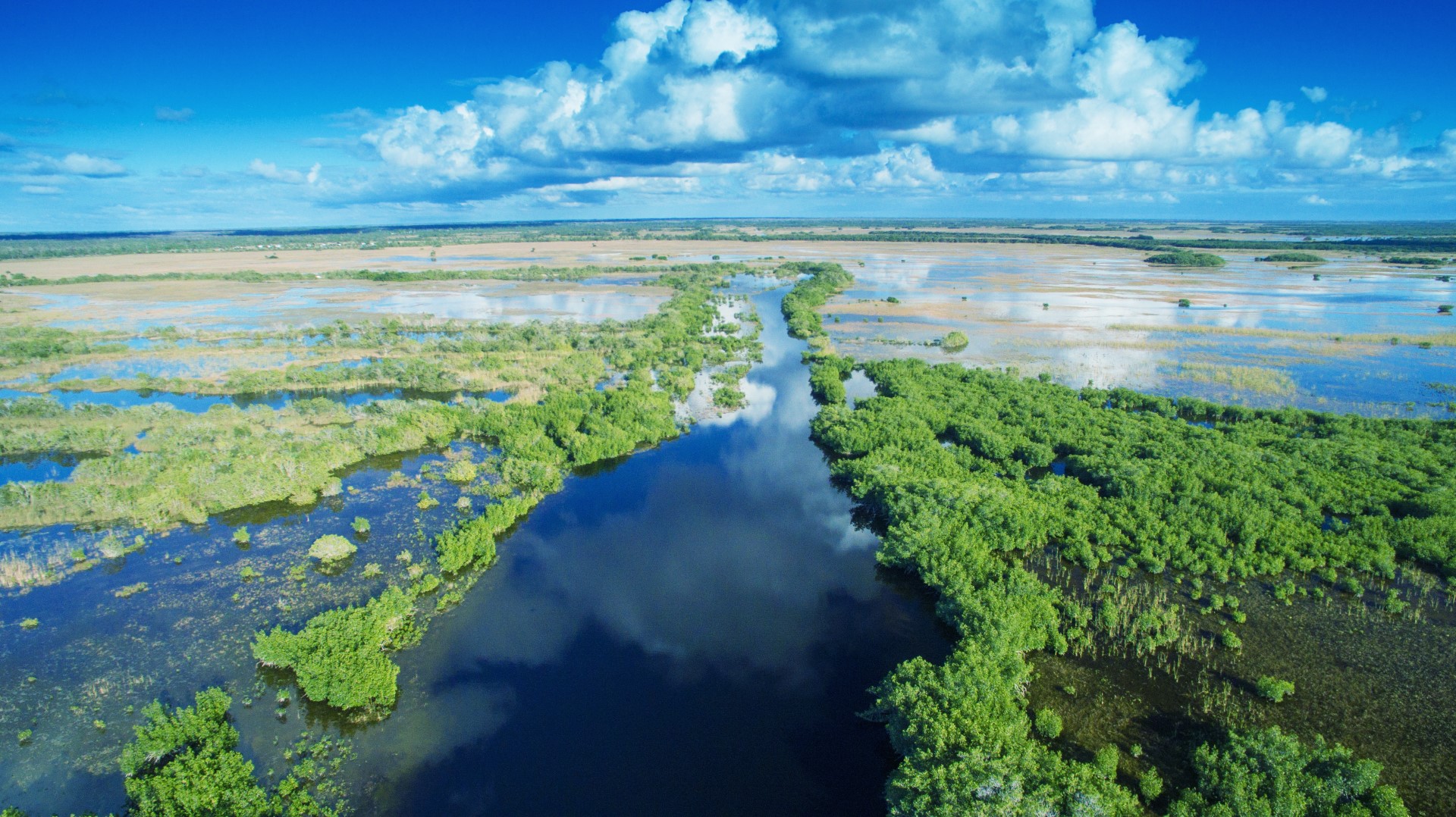 The streets of Miami and Fort Lauderdale flood on a distressingly regular basis; the drinking water in Dade, Broward and Palm Beach counties is getting salty; mosquitoes infect you with Zika; toxic algae in our rivers, lakes and seas will give you a hideous rash, attack your nervous system, and impair your liver.

Nature has declared war on Florida.

To be fair, our desperate environmental straits are not entirely this governor’s fault. Dumping filthy runoff into our waters goes back decades: Democratic and Republican governors, as well as bought-and-paid-for legislators, all keen on pimping Florida to Big Sugar, Big AG and Big Developer, generally prefer power to principle.

Letting polluters pollute is the price of getting elected in Florida.

Shocking? Not for this governor. He destroyed Florida’s only growth management agency when he dismantled the Department of Community Affairs — DCA often stopped the most rapacious and destructive projects, including a marina in Taylor County which would have wrecked an aquatic preserve, high-rise condos in Palm Beach County, parked on a fragile barrier island, and commercial development in Dade County which would have encroached on the Everglades.

He let it be known that no one connected to his regime should utter the words “climate change,” though sea levels are rising, temperatures are rising, and South Florida is inundated with ever more frequent “king tides.” He decided DEP’s mission should not be environmental protection but the encouragement of profit über alles — and fired more scientists.

And speaking of firing scientists, Scott cut mosquito research and control by 40 percent. He and the Republican-ruled Legislature raided the trust fund which was supposed to pay for dealing with skeeters and the unpleasant viruses they bring for more “urgent” priorities.

Yet once Zika crossed the Straits of Florida, he started bellowing about how Barack Obama is to blame for not giving us enough money to fight it. Just like he blamed the president for the stinking cyanobacteria from the southwestern Gulf of Mexico to the Treasure Coast.

This would be the same president whose EPA he regularly reviles, informing the world that Florida can take care of its own waters.

Scott has fought against decent, measurable standards under the Clean Water Act since he came into office in 2011, aided and abetted by Adam Putnam, the Commissioner of (Big and Dirty) Agriculture and the Legislature. Courtesy of Big Shug — always a massive campaign contributor to both political parties — Lake Okeechobee gets nastier by the minute, putting the Everglades and South Florida’s already impaired rivers increasingly at risk.

Florida could have bought a huge chunk of U.S. Sugar land south of the lake to store (and thus clean) dirty water and restore the flow of the ‘glades.

But Scott — and his hand-picked South Florida Water Management Board — said no. Why? U.S. Sugar no longer wanted to sell.

Got to keep the boss happy.

There’s some potentially good news on the horizon: incoming Senate President Joe Negron wants to buy 60,000 acres of sugar land south of the lake to clean up the water. He says it’s a “personal priority” for him.

If Negron can get the feds to pay for half of it (he’d better pray Hillary Clinton wins in November) and if he can get it past the Florida Legislature, it might go a very long way in reversing years of debilitating neglect.

Whether or not this happens will depend on whether Rick Scott figures Floridians will forget his poisonous environmental policies in time for the 2018 US Senate election.

In the meantime, Nature is on the rampage. And who can blame her?

Diane Roberts’ book “Tribal: College Football and the Secret Heart of America” will be out in paperback this fall. She teaches at Florida State University.

nextSunburn - The morning read of what's hot in Florida politics - 8.11.16