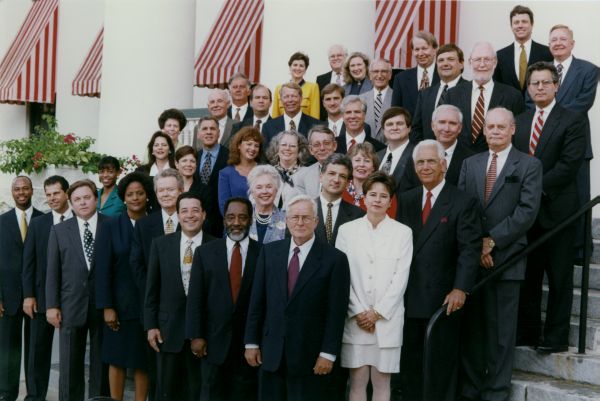 Calling all constitutional aficionados: Your service is requested.

Gov. Rick Scott Thursday opened the application process for the 2017-18 Florida Constitution Revision Commission, which meets once every 20 years.

“Appointees will learn firsthand what issues and potential changes are most important to our families in order to best make these impactful decisions,” Scott said in a statement.

As governor, Scott will choose 15 of the 37 commissioners and selects its chairperson.

That means he will indirectly influence the retooling of the state’s chief governing document for an entire generation.

The Florida Constitution allows for a “revision commission” to meet every two decades to “examine the constitution, hold public hearings and … file its proposal, if any, of a revision of this constitution or any part of it.”

The panel last met in 1997-98, when the GOP was still ascending to statewide power.

That revision commission, for example, came up with the idea of collapsing the membership of the state Cabinet to its present three: The agriculture commissioner, attorney general, and chief financial officer. Former elected positions that were Cabinet members, such as the Commissioner of Education and Secretary of State, now are appointed by the governor and not Cabinet-level.

In addition to Scott, the House speaker and Senate president each get nine picks.

Assuming they win re-election in November, GOP state Rep. Richard Corcoran of Land O’ Lakes will be speaker in 2017 and state Sen. Joe Negron, a Stuart Republican, will be president.

Under law, the next commission is scheduled to meet 30 days before the beginning of the Legislature’s 2017 regular session.

To view Scott’s appointment application, click here. His “appointments will be made no later than March 6, 2017,” according to the press release.