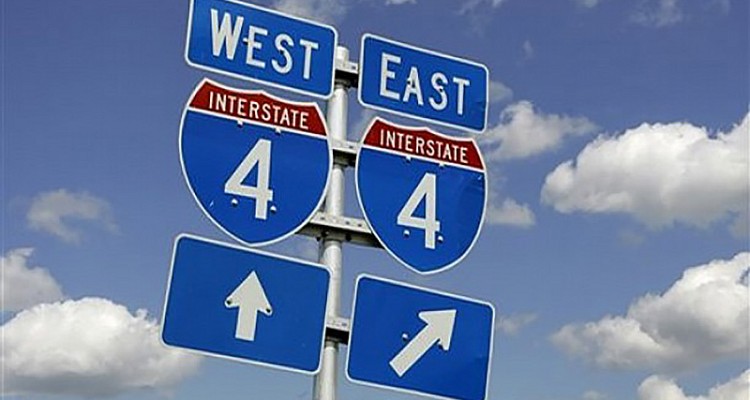 Many of Central Florida’s November election contests likely were decided in Tuesday’s primary, because of the strong partisan leans of voters or the apparent mismatches of nominees, but there are a few that will be worth watching this fall if for no other reason than absolute entertainment.

Reflecting the gains Democrats have made in voter registrations in recent years and through redistricting efforts last year, most of the hottest partisan races involve Republican seats for which Democrats are making serious plays.

It might be hard to find anyone outside the Democratic Congressional Campaign Committee who ever thought Mica could be beat this year (or ever.) But that committee is all-in behind Murphy, who, while politically green, has an impressive resume that covers foreign policy and business policy. She also can tap several different sources for big campaign money.

Mica beat them both of them easily, just as he has everyone else in his 12 terms.

Mica’s secret was his close relationship with the Orange and Seminole counties’ business community, and that includes plenty of Democrats. He’s been able to play to conservatives on policy, while delivering liberal amounts of federal money to Central Florida, so even people with policy differences with him still wound up appreciating him. And his district has always been a safe GOP seat.

But that was before redistricting and the evolution of Seminole County’s voter base. Now CD 7 is pretty even in voter registration, with the additions of northeast Orange County and Sanford, areas where a young and Asian-American Murphy could take.

Any other time, with any other opponent, Realtor and well-connected Asher, with his half-million and growing campaign fund, would look like a favorite, especially in a district the Republicans have controlled for many years.

And Stewart isn’t someone impressed by campaign money. That might explain why she hardly ever has any, yet still often wins handily over candidates who do. She brings a progressive, pro-environment, pro-women’s issues attitude and a well-tested ground game to a district with lots of hipsters and a new Democratic lean.

On the other hand, Asher’s moderate social positions are likely to sell better here than Gardiner’s conservatism and his conservative economic positions, backed by much if not almost all of the region’s business community, should make him competitive in a district still worried about jobs.

Even if this wasn’t a close race, and it appears it will be, it would be worth watching simply because of how much VanderLey and Olszewski, both registered Republicans in this nonpartisan election, dislike each other.

Both are tied in closely with segments of Orange County power bases, and both have drawn truck loads of endorsements and campaign money. Olszewski is a Winter Garden City Commissioner with ties to west Orange leaders, whom he’s worked with for years, while VanderLey has close ties with outgoing District 1 Commissioner Scott Boyd and Mayor Teresa Jacobs.

This could be a one-issue race in a district that splits east-west. In the east, where Bonilla lives and campaigns hard, a strong anti-growth sentiment was upset when the Orange County Commission gave approvals to two significant developments this summer, with Edwards, who lives in the west, voting yes for both.

The question for Bonilla is whether she can perform her controlled-growth charm west of State Road 417, where urban growth hasn’t been an issue for decades. The problem for Edwards is whether he can convince anyone east of S.R. 417 that he’s more than just a pro-growth commissioner.

Singh’s efforts to overhaul the property appraiser’s office, and a separate effort to overturn a 2014 county charter amendment vote that briefly made this and other Orange County offices nonpartisan, have earned him plenty of enemies in the Central Florida business community. DeAguilera is fresh off serving on an Orange County Charter Review Commission that sought to return the offices to a non-partisan status once again. He’ll have plenty of backing from the interests that Singh has upset. Singh will have the benefit of the office still being a partisan office – thanks in part to his legal challenge – in a county where Democrats have a sizable advantage.

This district tends to flip, and Miller may find himself with a challenger who could bring national attention and money, trying to become the first openly-gay woman in the Florida Legislature, while bringing a progressive political agenda to an area that has a young, hip population. Miller proved effective and gracious in his first term, and has earned plenty of backing from the business community, so she’ll have a hard time convincing voters he hasn’t earned a return.

The primary fight for this position might have been the bloodiest battle in all of Central Florida, and that’s saying a lot. These two political punchers survived the non-partisan three-way battle-royal Tuesday for a one-on-one rematch in November.

Most of the other races should be cakewalks, though there still are a few to keep an eye on, just in case someone’s campaign takes off:

In Plasencia’s current House District 49 this would be a tough contest. But HD 50, drawn to include north Brevard County, is much more Republican, which is why Plasencia switched to it. Ashby will have to draw heavily in Orange County, where Plasencia has focused his campaign for months.

This race, in Brevard and Indian River counties [with a piece of east Orange County,] hasn’t gotten a lot of attention because the seat is the Republican’s to lose, and Westbrook is not a high-profile candidate.

But she is a longtime environmental lobbyist and activist who knows how to talk clean water. And 2016 hasn’t been a good year for water in Florida. If water becomes an issue in CD 8, Westbrook could inspire voters, and Posey could find himself in a battle.

Hopkins is running a strong campaign, but mostly appealing to Republicans, who don’t offer enough votes to oust the sheriff in the now strongly-Democratic Orange County.

In Tuesday’s primary, Choudhry, trained in politics by BusinessForce, ousted incumbent two-term Michael Harford in a stunning landslide, drawing 68 percent of the vote.

Suhl is an old-Kissimmee guy with deep ties, business interests and involvement in community affairs, and he’ll have some backing.

This district, in southwest Orange and northwest Osceola counties, should be a safe Democratic seat and Torres showed in the primary that he’s enormously popular there. But Vivaldi is a battle-tested campaigner who can appeal to the district’s more affluent, more Republican west side.

This district has flipped a couple times in recent elections, but has normally been a fairly strong Republican district. Cortes has a solid base in a district that has a large Hispanic population. Yadav has not set any fires on the campaign trail yet, though he has lent $75,000 of his own money, which mostly sits unspent.