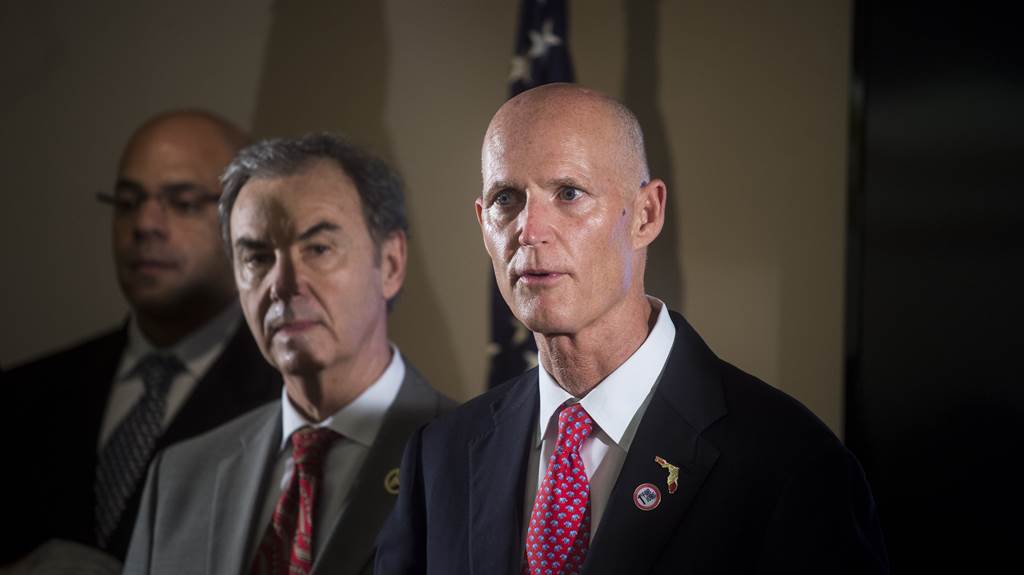 Gov. Rick Scott is in Washington Tuesday afternoon and Wednesday meeting with House Speaker Paul Ryan, Florida’s U.S. Sen. Marco Rubio, and and several Florida members of Congress to talk about the latest effort to fund the fight on the Zika virus.

Scott’s meeting with Rubio was followed with a visit to Ryan’s office, and then Yoho, as Congress attempts another method to provide long-term funding to fight the Zika virus now taking hold in Florida and threatening any pregnant woman with the horrible prospect of profound birth defects.

Earlier today a bipartisan cadre of Florida lawmakers led by U.S. Sen. Bill Nelson held a press conference expressing their united support for a plan to include $1.1 billion of funding for Zika research and prevention in a continuing resolution for a short-term federal spending bill.

Also Tuesday, Rubio went to the floor of the U.S. Senate today to express his support for the bill’s inclusion of Zika funding and he said he would support it even though he has normally opposed short-term spending bills.

“At this point I just really believe we need to get Zika funding approved and moving,” Rubio said. “We need to make sure the fight against Zika doesn’t run out of money before the end of this month. That’s, for me, the most urgent priority.”

Earlier today, Scott expressed frustration with previous congressional inaction on Zika, which has now infected 790 known people in Florida, 70 of which are mosquito-borne in the state. Zika, he said, is non-partisan.

“The Zika virus is now mosquito-borne in our state. Time is up for politics and political debates about a major federal effort to stop this disease,” Scott said. “I have allocated more than $26 million from the state to combat Zika, but we need federal action now.

“Our federal government has managed to get its hands into way too many things. Over the past eight years they have managed to grow our national debt from $10 trillion to nearly $20 trillion. And yet, they can’t agree on spending money to stomp out a serious disease? It’s unacceptable.”