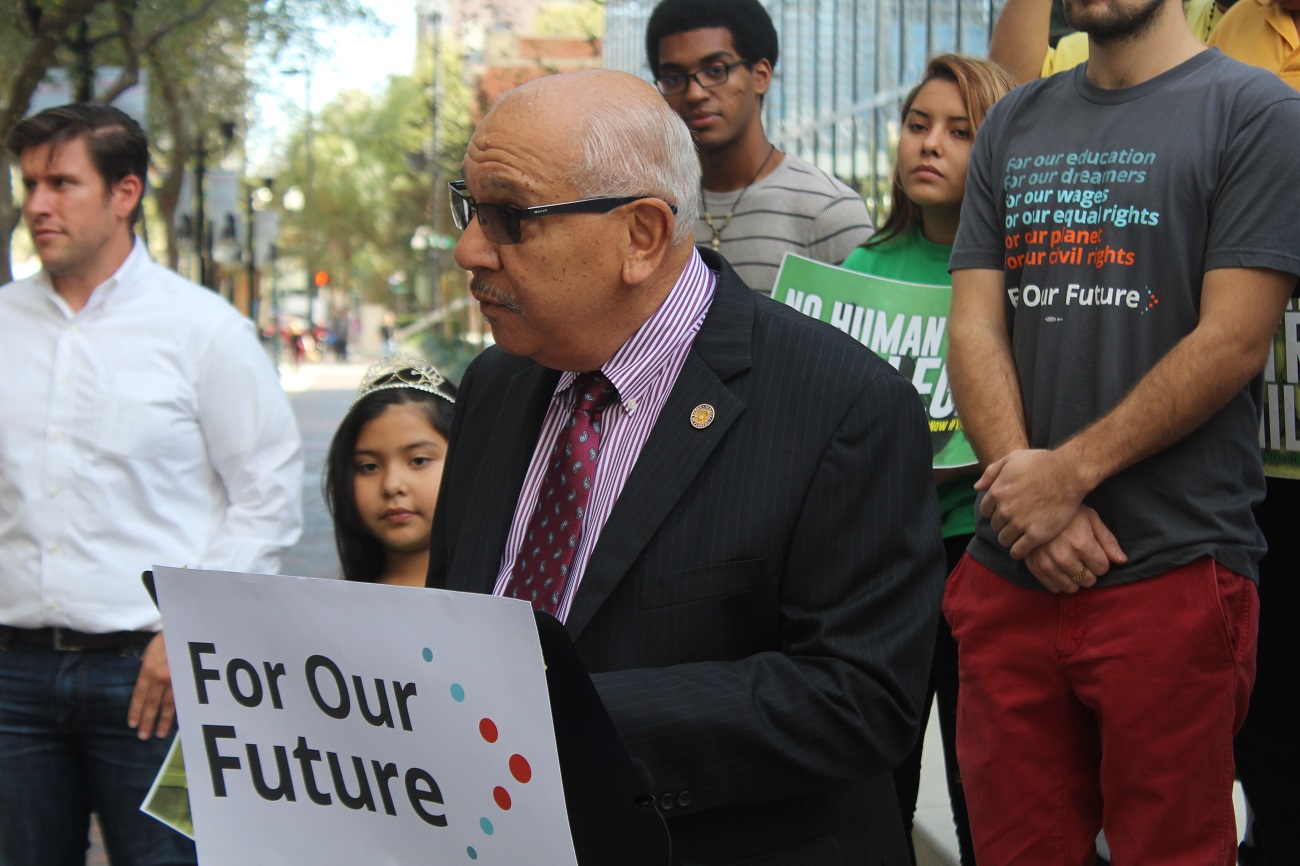 Their message was that time is of the essence – now that the Donald Trump administration is just days away from taking control of the country, it’s important that Rubio own up to his promises to stand up to Trump when he can – especially when it comes to potential threats to undocumented immigrants.

All three of the House representatives speaking Tuesday were opposed to that.

“Many undocumented immigrants are otherwise law-abiding citizens,” Torres said. “They want to make a better life for themselves. They were born in another country, but they went to school and were raised in the U.S. – it’s the only society they’ve ever known.”

Torres said attempts to deport or demonize illegal immigrants “robs us of the radiant spirit and skill and desire to make America great.”

Mercado said in calling for mass deportations of illegal immigrants, Trump had threatened a cornerstone of the American dream.

“They should be able to come to America without the threat of persecution,” she said. “We shouldn’t be deporting millions, or driving them into silence out of fear. Florida is a cultural melting pot. There’s a large array of cultures and backgrounds. There are headlines every day about members of Trump’s cabinet and racism. This is not the time for silence.”

Smith said there were up to 8,000 undocumented immigrants in the Orlando area and up to 102,000 statewide – so the stakes were “very large” and he vowed to push back and act as an opposition to Trump’s “racist, bigoted and wrong agenda.”

A Rubio spokesperson said by email that Rubio welcomed more voices and opinions from those interested in tackling the issue of immigration.

“Senator Rubio understands we need to secure our borders, stop visa overstays, modernize our legal immigration system, and enforce our immigration laws fairly and humanely,” he wrote. “He welcomes input from people who are serious about solving our immigration challenges and is hopeful we’ll be able to make real progress on these goals in this new Congress.”