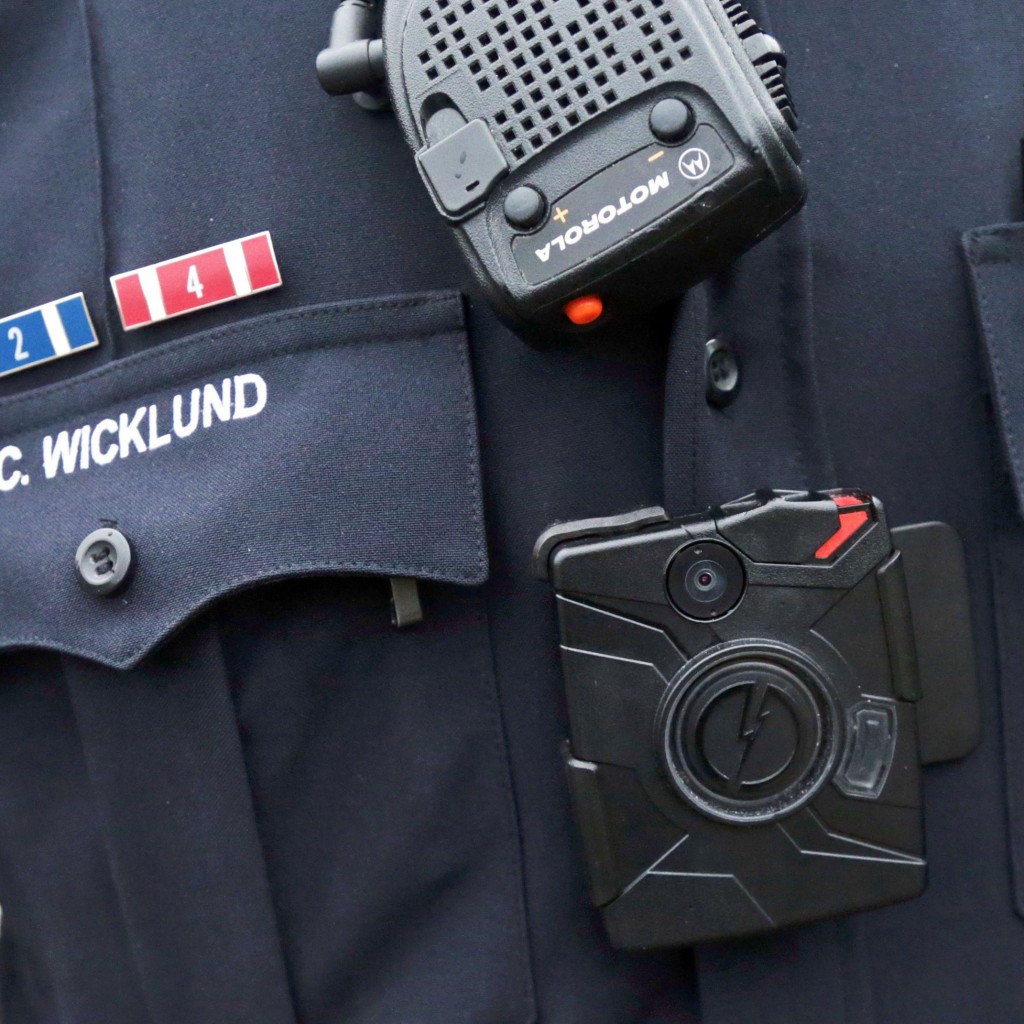 But with the sweet comes the sour.

The Jacksonville Fraternal Order of Police held firm to the #YesToFRS position for new hires … and opened the door to collective bargaining on body cameras ahead of a pilot program to roll out later this year.

The body camera discussion was brief, but substantial, given that the discussion of body cameras so far has been between the sheriff and the city, with the union kept out of it

The local police union wanted “body worn cameras” to be subject to collective bargaining — a position that accords with that of the national Fraternal Order of Police.

“You need to understand, that’s for both — police and corrections,” local FOP Head Steve Zona said, reiterating a position taken in a previous bargaining session, in which the union said there was something else that needed to be put on the table.

Elsewhere, police unions have asked for compensation for wearing body cameras, which the sheriff’s office wants to begin rolling out in pilot form later this year.

Unions have been known to sue to secure their rights regarding body cameras.

The city was not ready to move forward on this discussion point.

However, Zona discussed the matter during a press gaggle after Tuesday afternoon’s meeting.

Zona noted that, while the FOP — locally, state, or national — did not oppose body cameras, negotiations were needed to develop policies and procedures to ensure the rights of union members were protected in the rollout of the cameras.

Likewise, as one would expect: no major movement was made on the question of what a new pension plan would look like.

As with the fire union, a now-familiar sticking point: the city is offering a defined contribution plan instead of a defined benefit pension, and an annuity plan instead of Social Security, for police and corrections new hires.

The city offer, made earlier in January, included a 25 percent match on defined-contribution plans for new hires, with death and disability benefits comparable to those under the defined benefit plan currently in place, and raises for all current employees.

On Wednesday, the city sweetened the pot, offering an extended term of a labor agreement — effectively a seven-year deal, with terms revisited at three, six, and seven-year intervals — provided that it meets certain conditions.

“What you have before you is tantamount to a seven year waiver,” Gabriel said, of the city’s ability to change retirement benefits, assuming the “economy isn’t tanking.”

“Those three indicators, which are reasonable indicators … would be automatic renewal … for the first three years,” said Chief Administrative Officer Sam Mousa.

“We think these are what’s needed to be in good shape,” said Mousa, adding that both the current plan and plan for new hires would be eligible for these terms.

Mousa also signaled a willingness, at some future point, to discuss “parity pay” between police and corrections.

Mousa also addressed the question of what happens if the surtax is challenged in court successfully.

“If this first lawsuit comes back negative against us before Oct. 1, everything will unravel,” Mousa said.

After Oct. 1, if the suit comes back negative, future pay raises would be off the table — but the restoration of the defined benefit plan benefits to current employees would stand.

Mousa also vowed that the city would restore all current members of the pension plan to a 3 percent COLA, removing a sticking point from the 2015 pension reform agreement.

Further discussion ensued between the union and city counsel, regarding the need to “modify or eliminate” aspects of the benefits and financing model of that same 2015 pension deal.

The city and the union provisionally agreed that the city council would vote before the union ratified the matter, though there was a divergence involving whether or not the Police and Fire Pension Fund had a vote.

The union lowered its raise proposals from 10 percent for each of the three years from FY 18 to 20 for police, bailiffs, and judicial officers, to 8 percent each year, and a 3 percent retroactive raise going back to Oct. 2014.

Meanwhile, the unions still want the FRS defined benefit plan for new hires in those employee groups. And, as with the fire union, that desire is rooted in an ineluctable context: that being a bill filed by a political ally of Jacksonville Mayor Lenny Curry to close the Florida Retirement System defined benefit plan to new hires.

From there, Mousa floated the “end-plan annuity plan” that was floated in the fire union meeting, with CFO Mike Weinstein again making the pitch.

Weinstein noted that the unions and the city would decide what company makes the best plan for the city’s needs.

“We can even design it,” Weinstein said, “as a Social Security replacement,” with the city matching a 7 percent employee contribution.

That certainty would allow the employee to make an “educated guess” on what his or her payout might be on a recurrent basis at the end of his or her career, Weinstein added.

Zona and his union wanted to research this scheme further.

nextBradenton Herald, neighbors give thumbs up to Mosaic Wingate Mine expansion