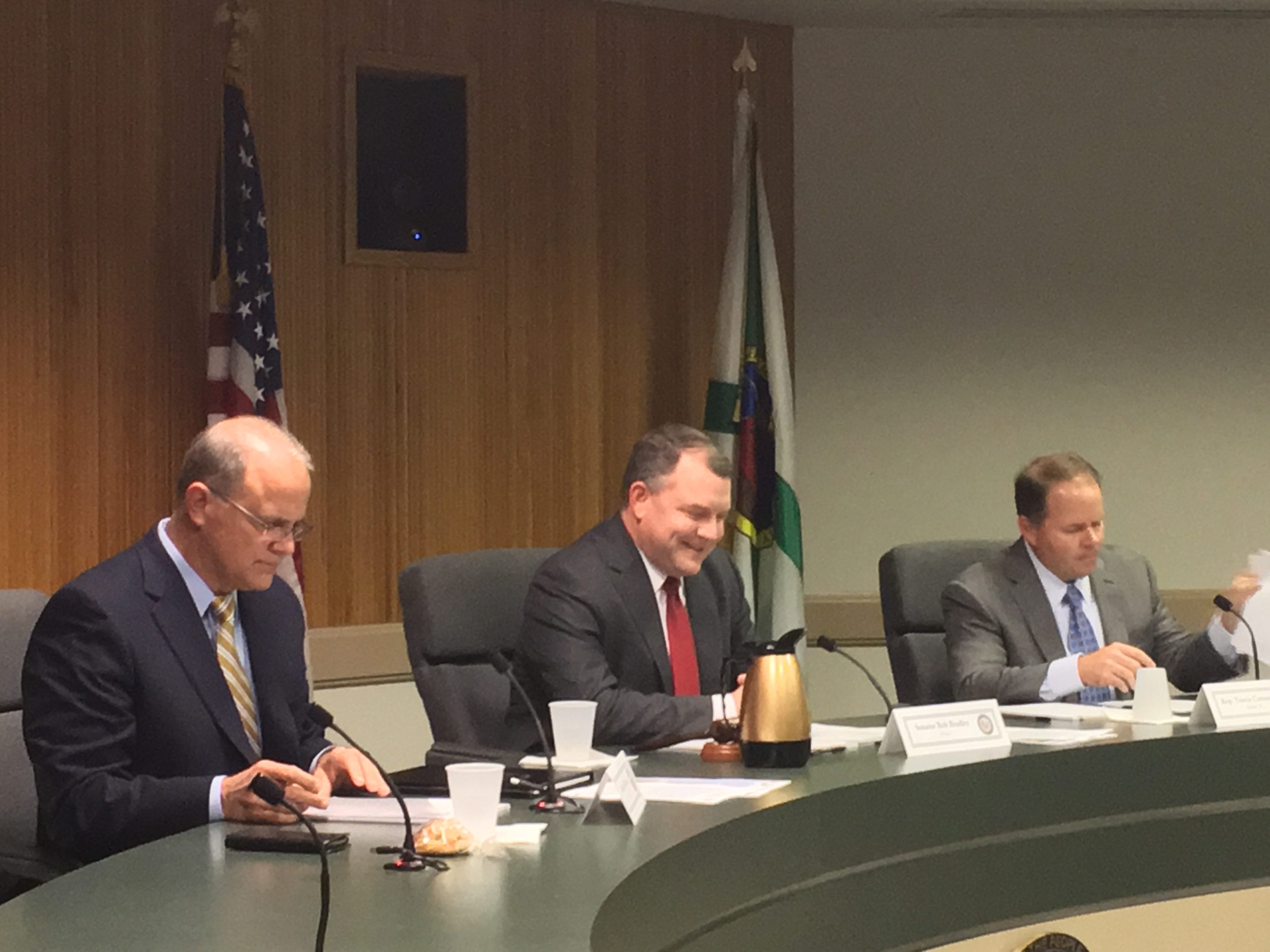 Payne, of course, is new to the Florida Legislature — and has his district split among Clay, Putnam, and Bradford counties. However, all three legislators noted that collaboration among the trio is smooth.

Bradley encouraged attendees to pay attention to committees, as “the cake is pretty much baked” when session begins Mar. 7.

Meanwhile, the senator made it clear what the delegation was pushing toward.

“When I sat at this dais four years ago,” Bradley said, “the First Coast Expressway was not on the road to success.”

Now, said Bradley, “it’s getting to the point where that and the Shands Bridge [near] the point of no return.”

The First Coast Expressway, the river, and the Keystone Lake chain are “core issues … infrastructure issues,” Bradley said, that could resonate for decades to come.

Bradley, who introduced a bill on behalf of a Lake Okeechobee reservoir — a priority of Senate President Joe Negron — clearly has the long game in mind.

He made it clear that a priority of his was to ensure that everyone was on the same team.

Beyond those big picture issues, major stakeholders had some smaller-picture (though significant) concerns.

Wayne Bolla, chairman of the Clay Board of Commissioners, lauded the delegation for the veterans’ court and the progress on the First Coast Expressway, and asked for $500 million of funding to come through for that purpose and the replacement of the Shands Bridge (a request echoed by Green Cove Springs Mayor Pamela Lewis).

“We’d love to have a swimming pool in Keystone. But we’d rather have our lakes back,” Brown said.

The price of this is unknown, but the Keystone Heights city manager noted it would be “expensive.”

Rep. Payne, meanwhile, will be carrying the companion bill in the Florida House.

“We now have developed that as a team,” Bradley said, “and a game plan to move it forward.”

County departments also had their say.

Chambless noted that 717,000 voters have, according to Pew, moved to Florida but have not updated their records. And 233,000 voters are “outdated” in the files. Duplicate registrations and deceased voters also represent potential systemic glitches.

“We want to clean up the voter registration rolls,” Chambless said.

A second concern: removing personal information from pre-registered voters on the registration rolls. Specifically, he’d like to exempt those under the age of 18 from records retention.

Clay County School Superintendent Addison Davis had a laundry list of projects, in conjunction with other districts, he said.

Davis believes there is too much testing and not enough teacher support for the instruction of basic skills.

Third grade retention, identified by Davis as a “gatekeeper,” is now a state requirement, and should be a “local decision.”

Another issue: a desire to levy up to two mills for capital improvements in the district, especially related to technology needed for 1-to-1 devices and being “competitive with surrounding counties.”

Additionally, Davis wants “funding to create the best experiences and most robust experiences,” to counteract a 10 percent cut in revenue from the state.

“We know the state of Florida is 42nd in the nation,” Davis said, asking for the delegation’s help with getting more funding.

Sen. Bradley noted that “I’ve always resisted the idea of looking at how much money you bring in to determine how much you can spend,” with regard to the seeming pressure Green feels to make the office revenue-neutral or turn a profit.