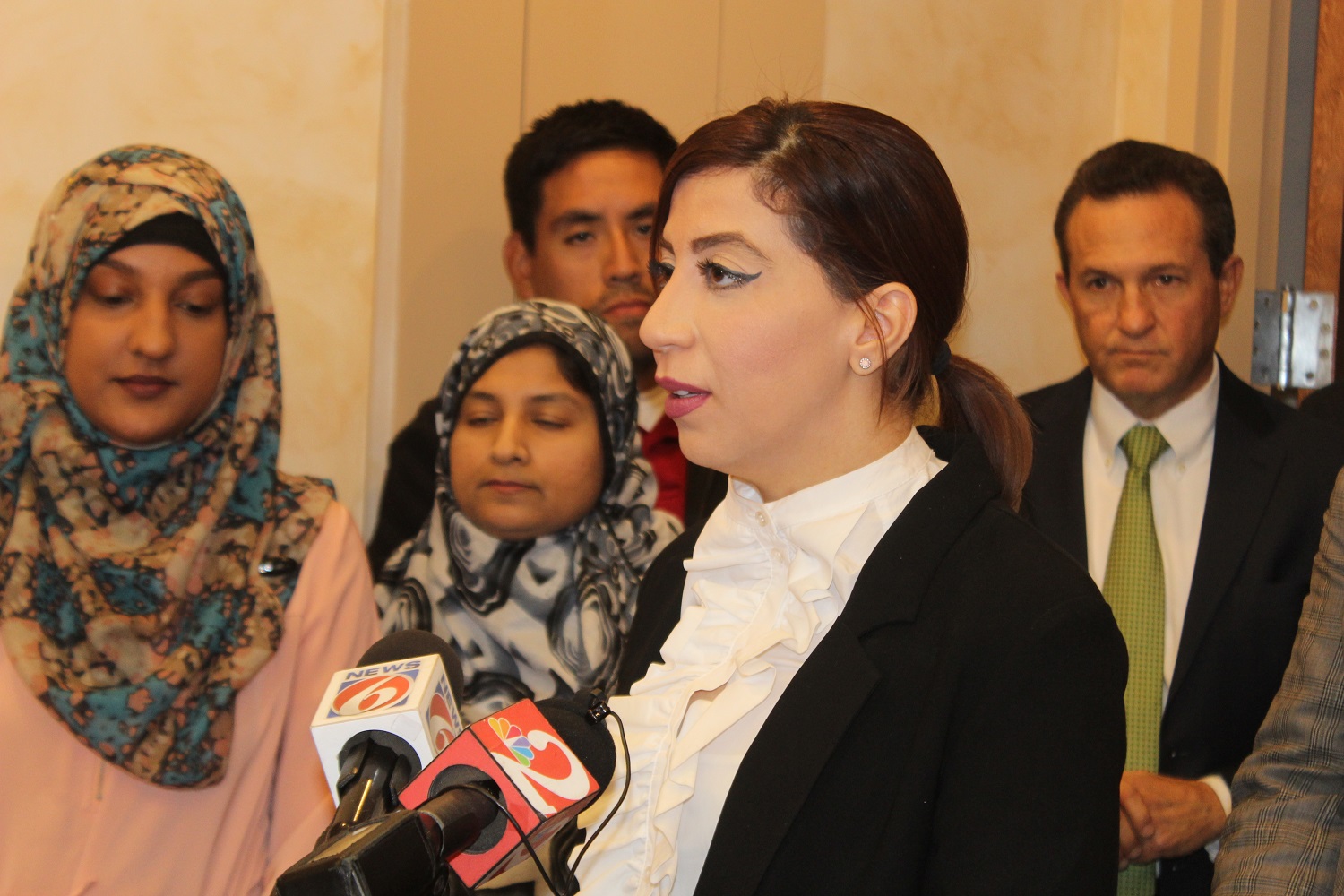 Representatives from Council on American-Islamic Relations Florida announced that they were filing a federal lawsuit against President Donald Trump on Tuesday, in response to his executive orders barring immigrants from seven Muslim-majority countries from entering the country over the weekend.

The lawsuit is filed from 20 plaintiffs, including CAIR Florida Chief Executive Director Hassan Shibly and other activists, lawyers and representatives from civil rights organizations, and it claims Trump’s orders were unconstitutional against both the First and Fifth amendments.

“This is the time that we are truly making America great again by challenging this discriminatory, unjust, oppressive, and illegal policy. We will make America great by making sure that it remains a free and just nation for all people, regardless of their race or religion,” Shibly said.

In Orlando, Rasha Mubarak with CAIR called the orders “discriminatory, anti-immigrant, anti-refugee and anti-Muslim,” and decried them for trying to “criminalize groups of people in an attempt to galvanize the American people.”

“Tens of thousands have been in the streets and airports, worried which minorities will be persecuted next,” Mubarak said. “CAIR is active in the streets and courts defending justice for all Americans. These executive orders are political theater at expense of our civil liberties and national security he claims he is trying to protect. They are feeding into and even adding recruitment material for the extreme groups overseas and abroad. Trump is in a position to trample over civil liberties jeopardizing and undermining safety for all.”

Mubarak said CAIR was now advising people from Muslim-majority countries to consult immigration attorneys before entering or leaving the United States, in anticipation of any problems with doing so.

Speakers recounted both personal stories and tales of helping people at the Orlando International Airport last weekend during the confusion immediately following the ban. Ida Eskamani, an aide to Rep. Carlos Guillermo Smith, said her own grandmother, who is 84 years old, has now been prohibited from entering the United States.

Alex Barrio, District Director for Sen. Darren Soto, recalled an Iranian UCF student going for a PhD who has been barred from returning due to the executive order.

Other speakers, like Isabel Vinent with the Florida Immigrant Coalition, blasted the United States’ foreign policy even before Trump.

“The fact that we can bomb countries, create chaos and then lock them up and prevent them from coming in is not foreign policy,” she said. “It’s a horror movie.”

Though the ban is only for 90 days so far, Mubarak said it didn’t matter how long it was – it was still discriminatory.

“Regardless if its two hours or one week or a year, it’s offensive and insulting and separating families, it sends an insulting message, a violent message,” she said. “It gives bigotry a green light to cause harm on anyone that looks like they identify as a Muslim.”