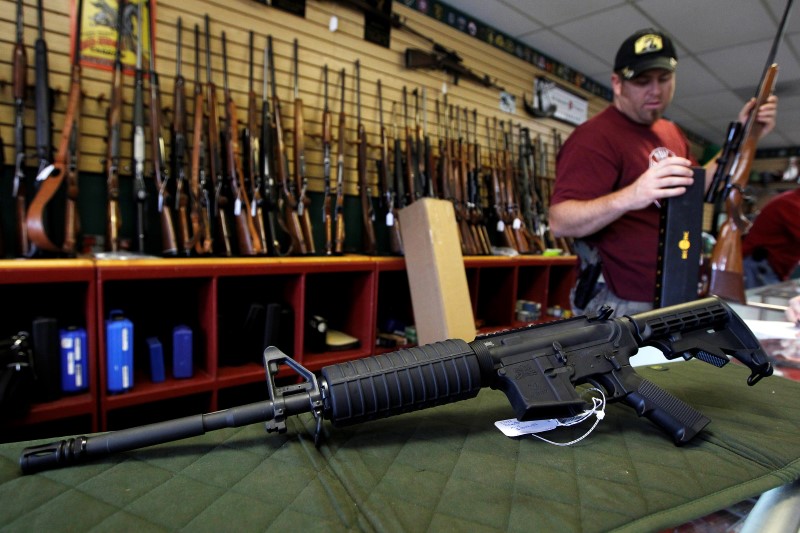 “The League has been working with anti-gun Democrat legislators to write and file gun ban legislation,” Hammer wrote. “They work in secret to deny constitutional rights while pretending to be strong constitutionalists in order to solicit memberships and donations from people who have no idea what the League is really doing.”

Hammer’s open letter, posted on the NRA’s Institute For Legislative Action webpage, also charged the league’s first vice president, Patti Brigham as working as an unregistered lobbyist, pushing for the bills; and noted that email between Brigham, Florida Democrats and Kristen Rand, lobbyist for Violence Policy Center in Washington, show that the Florida bills were modeled after Connecticut’s law, and that Brigham was seeking Rand’s input.

Guilty, the league and one Democratic lawmaker working with it declared Friday, at least on the first charge – of them working together to push for  gun control laws.

Not guilty to the other charges, they pled.

LOWV-Florida President Pamela Goodman and state Rep. Carlos Guillermo Smith, scoffed at the notion that the league’s efforts were secret, noting they had put out joint press releases, and held a joint press conference last month when Smith and state Sen. Linda Stewart rolled out their proposals, House Bill 167 and Senate Bill 254, to ban future sales of assault weapons and high-caliber ammunition magazines.

Goodman said the bills were crafted through the The Florida Coalition to Prevent Gun Violence. She said the league leads that organization and had a big hand crafting the legislation, but “can’t take all the credit.” The coalition’s web page lists more than 100 partner organizations, and lists the league first.

“This is not about taking guns away or taking away 2nd Amendment rights,” Goodman said. “The entire coalition, led by the League of Women Voters, is about entering discourse on sensible gun legislation, common-sense legislation.”

As for Brigham, Goodman said she is neither a paid staff member nor a paid lobbyist, but is rather a volunteer, unpaid, member of the league’s board of directors, and a private citizen. As such, she needn’t register as a lobbyist.

Smith and Stewart, both Orlando Democrats, each campaigned aggressively for election on the issue of seeking bans of future sales of assault weapons and high-caliber magazines. They both made it centerpieces of their campaigns after the Pulse massacre in Orlando last summer, in which Omar Mateen, an ISIS-pledging, gay-hating madman, used both to kill 49 people and wound 56 others in the popular gay nightclub.

Smith said he was pleased with the NRA description, saying he’d wear an NRA target as a badge of honor.

“Obviously I’m not going to be deterred by the gun lobby and the NRA. They’re horrible. I welcome their hatred,” Smith said. “It is absolutely my goal to be a thorn in their side all session long, every session. They have an extremist agenda and they need to be stopped.